Not believing in magic, I knew that it wasn't a trick that I found myself in Birmingham after indoor dining had been reintroduced. After just going for that very important walk, I found my way back to two former haunts and my familiar overnight choice. Looking for that former walk-through from my uni days, I wanted to see the progression of Paradise. Village Inn, who? Go on! 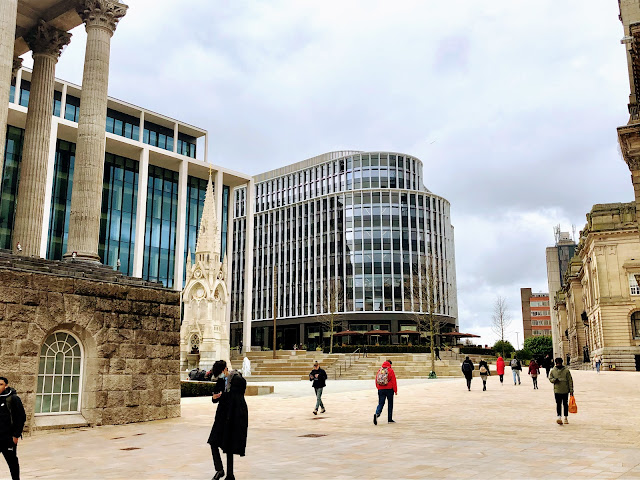 Making my way through the Mailbox, I already had my next plan spring into action! Hearing that much needed injection of life, those Chinese students kept on speaking that Mandarin talk as I turned onto Hill St. 老公，去哪儿了? Where was her Hubby walking off to? That sweet street exchange reminded me of '蔡依林/Jolin Tsai's' '老公/Hubby' because it was 好可爱了! 去哪儿了我的老公?不来了? 天啊! Translate that! My uni days in Birmingham are now most certainly done, sure the city has pulled me back several times over the years. Those cranes never looked like a 'Paradise!' During that May 2021 visit, I was able to see a shiny new forum that they now call her by the name of 'Paradise!' P was looking mighty fine, the glass and steel acted as quite the contrast as it sat in-between BMAG and Town Hall, with the Chamberlain Memorial keeping those original features alive. I was loving the views, my beloved University College Birmingham was in the near distance. Not a student anymore, sure as hell I'm as broke as I was!
Enough of that nonsense, I noticed that Chamberlain Square was looking jet washed clean! Those stone steps shone, Paradise had its new look and I felt that Birmingham was again changing before my very eyes! The same essence remained but I definitely saw a 'Next Level' stage coming into play, we don't mess around in the West Midlands! Boris, we want that money! If that was my final visit before I return to China then I wasn't mad about that, I felt less of a tenseness compared to my previous visit. The lifting of Lockdown looked good on Chamberlain Square and Paradise, I gave that part of Birmingham's city centre the time that was necessary. Falling in and out of that 2010s nostalgia, I remember those days when I would walk through Paradise Forum, it did look grotty but it was part of the furniture. I respected it before and I will respect Paradise and Two Chamberlain Square because it will see Birmingham into its next stage of West Midlands 'city life'. Seriously? 去哪儿了我的老公? 不来了? Get me back to 中国! 赶快点! 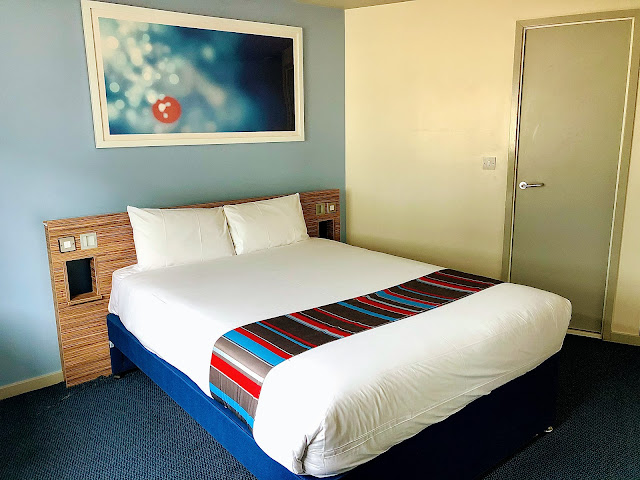 Travelodge, Birmingham Central Bullring, we meet again! Cautious enough to delay my plans till after the first week 'indoor dining' had recommenced, I booked my Travelodge room that gave me my own prime location within Birmingham's Chinatown. I wasn't looking to party on down, I was looking forward to spending one night away from the four walls that I had unexpectedly found myself locked down within! Making no mistakes, I made sure my time of arrival didn't leave me hanging around because I wasn't about Birmingham after a certain time! Checking in promptly, I dropped my bag in the double room that I had booked for a bargain price. I clearly couldn't afford luxury accommodation, for one night that Travelodge room gave me that much needed scenery change. Everything was in perfect working order but the pre-paid WiFi played games, I didn't log on and nor did I feel the need to complain. I made without any internet that night, using that opportunity to sleep much earlier. T, Birmingham Central Bullring, thank you!
Back to that afternoon bag-drop, I ventured out into Chinatown for something to eat. I had made reservations for the following day, my budget was tight but 'Yummy' had me covered! Those soup dumplings were looking mighty tasty, I had missed some good honest Chinese food away from the takeaway! Ordering in Mandarin, the waitress was impressed with my 'Beijing accent' but being from Hong Kong, they understood Cantonese better. Enjoying those fried noodles with chicken, those four soup dumplings reminded me of Wuhan! Sipping on my green tea, I was in food bliss! 100% pure love! It had been an age since such good quick Chinese food had passed my lips, of course my stomach felt like normal service had resumed with that Chinese meal! Birmingham's 國泰街 had me seeing the Chinese shop fronts that I had greatly missed, Bilston could never with all of that 漢字! 对不起, 不对不起! Allow me to translate that truth! That is alright because I'm sorry not sorry! Birmingham had me in the right frame of mind, she did tho! 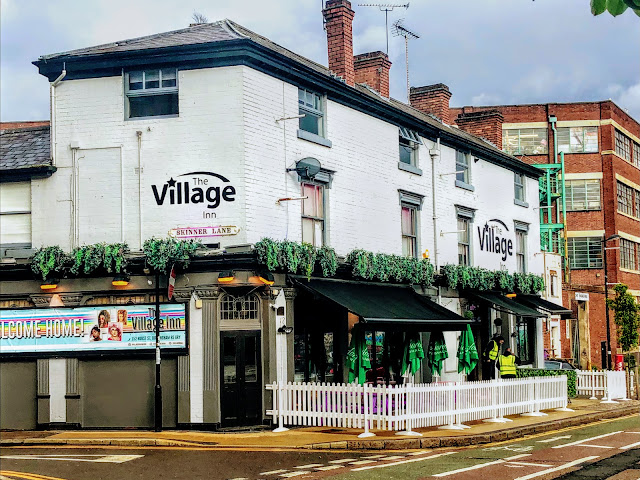 Boris hasn't allowed us to dance again, the all coveted June 21st 'Freedom Day' currently looks like the biggest farce because Miss Rona won't up and leave just because we want a dance? No! Are you sure? With that 'cautiously seated' vibe, I scanned my 'NHS Track and Trace APP' once again as I stepped back into the Village Inn. I wasn't and will never be about that 'outdoor dining' thing, I waited for my opportunity to enjoy a late afternoon pint inside because the law said it was 'OK!' Choosing a pint of 'Thatcher's Gold', I sat quietly with my drink in the main bar, I noticed some kind of Bingo or Tombola would be taking place that evening? The staff were being briefed of their duties for the night service ahead, it turned out to be a more sedate and sober visit for me. I wasn't about getting all boozed up to sit down, I can dance around in my own kitchen until Boris gives us the green light. It was genuinely nice to be back at the Village Inn, it really was indeed! Maybe when we can dance, I'll come back again, bab? Village ay we, B?
Leaving those nighttime revellers to take on the 'New Normal at Night', I headed back to my Travelodge hotel for a relaxed evening and night. I had seen the sights and had enjoyed a lot of delicious Chinese food, even a pint had been enjoyed at the Village Inn. Birmingham may be a city that has changed and will change some more but that 2021 visit gave me hope, I still saw the place where I studied and encountered those essential life lessons. Cathay Street took me back to a Chinese setting if only for an hour or two, that brief Chinese gave me life for certain! Sleeping before the midnight hour, I felt as if the day had ran like clockwork because I had seen and consumed everything that I had wanted to! For my first trip since the 'indoor dining' was re-introduced, I'm glad I chose Birmingham to revisit first! Ah, no bubble tea! What? I wouldn't be leaving that chestnut out, I'd be satisfying that milk tea fix the following day! Paradise's new view, my hotel stay and that Village Inn moment, just perfect! Birmingham... I'm not finished B!
Bab... I'm Back!
Joseph Harrison