Miss Rona! That virus wasn't going to up and leave, I wanted my Eurovision Song Contest back! During 2020, Europe shined a light, acting as the culture to the worldwide lockdown. The glimmer of hope came in May 2021 with a COVID safe final show! Go on, James Newman! 2021 was some competition but for 2022, we're ready to say 'Your Majesty' to the 'Frock Destroyers! 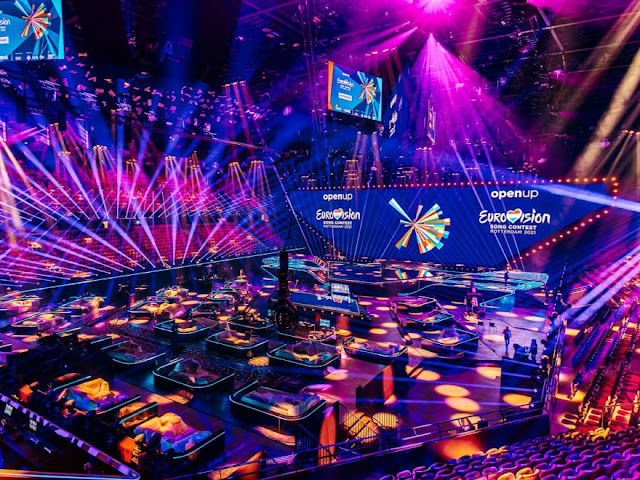 The stage was set, the Eurovision Song Contest 2021 was ready to 'Open Up' for the first time since 2019! Rotterdam's Ahoy turned up those strobe lights, the 3,500 strong audience had been COVID tested prior to the event, cases were low and both Semi-Finals had gone without a hitch! And Venus Was Her Name? The Grand Final commenced with a socially distanced revealing of the singers of the competition, for me it was an emotional moment to see a live audience enjoying themselves and the acts presenting themselves! That 'Banana-Rama' song was originally made a hit by a Dutch band, now I never knew that! Each country's Grand Final participant looked fabulous, where was Iceland? One of their singers had tested positive for COVID, deciding collectively to opt out they had their presence digitally. The hosts from 2020s 'Europe, Shine A Light' came back out on stage for the party, joined by an extra special host, Nikkie De Jager! I had seen Edsilia and Nikkie as judges on Drag Race Holland in 2020! Europe!
Cyprus opened the show with their 'El Diablo' sexy sensation 'Elena Tsagrinou', she dazzled in her revealing dress! Eurovision was back! I couldn't describe how amazing it was to see that live singing contest! Albania's sultry performance brought didn't bring much, I saw much the same from Cyprus. Leave the wind machine to Daði, bab! Bouncing onto the stage, Israel's 'Eden Alene' wanted to set who free? With the current conflict Gaza, I questioned their motives but it was a bop regardless! Russia's entry shook them system, 'Manizha' commanded every 'Russian Woman' to stand up! A colourful and female empowering banger by a country that really needs to have their women uprise! From the island nation of Malta, 'Destiny' proclaimed 'Je Me Casse!' I was getting Lizzo vibes with her independent woman stance! Portugal sent me to asleep! Going 'Loco' for Serbia's 'Hurricane', the continent was served life and fierceness! WORK! After a year of the Coronavirus Pandemic, Eurovision was serving me all the culture that I needed! Bedankt! 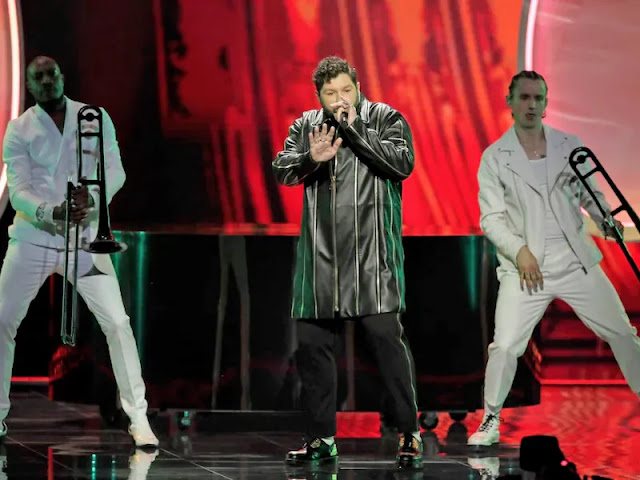 Due to the Pandemic and the cancellation of the previous years contest. James Newman and others returned back to the contest in Rotterdam, The Netherlands. Singing 9th in the contest, the UK's 'James Newman' brought the trumpets with 'Embers'. Give him his dues, the BBC stood by him and the song was catchy, he did not deserve what would follow! Come on, United Kingdom! Brexit, go sit down! Greece needed some more cooking, come back in 2025? Serving to all of the universe, 'Gjon's Tears' from Switzerland had us all watching in amazement! Oui 'Tout L'Univers!' There was such an organic and free range nature to his liberating performance! Vive L'Suisse!' Iceland's 'Daði og Gagnamagnið' had us relive their Semi Final performance of '10 years' through the medium of technology, coming back strong even though one of their members had tested positive for COVID before the final! 10 more years? Santa Maria, Ay Dio Mio! Spain's 'Blas Cantó' brought sexy back with his deliciously Spanish rendition of 'Voy A Quedarme!' Yes!
Moldova's entry, 'SUGAR' turned up the camp factor with her 'Spinning Around' 'Kylie Minogue' outfit! Thanking you, Europe! What was going on with Germany? One of 'Jendrik's' backing crew was dressed in a hand costume, half giving a V for peace and then a passable 'flip off?' Yes! What was Germany actually apologising for? No, Finland's rock number didn't impress me at all! 'VICTORIA' from 'Bulgaria' brought a beautiful and heartfelt entry into the song contest, her song had a lot of meaning and love. Lithuania were channelling 'Ginny Lemon's' yellow style? 'The Roop' had a crazy vibe with a pure Eurovision 'Discoteque' performance. Sending us berserk, Ukraine's 'Go_A' made no sense at all, it fitted the gimmick with 'Orville the Duck' styling for the lead singer! France reverted back to their French only ish, it was all very dark and dramatic with a story that sounded passionate! No love lost from the UK though! Giving me life, 'Efendi' from Azeribaijan served 'Cleopatra' with 'Mata Hari!' O, Italy brought leather and looks! 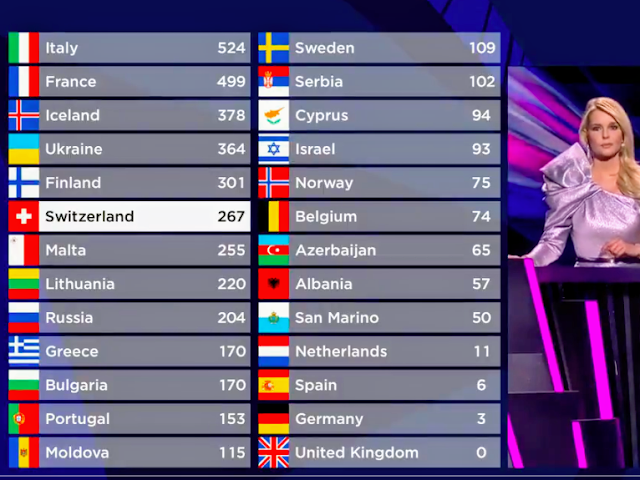 Norway, The Netherlands, Sweden and San Marino closed the show, with the addition of 'FloRida' I really didn't know what to think? Had he not been working during the Pandemic? As Europe and Australia started voting, it was time for 'Edsilia' to conduct her own 'Eurovision: Carpool Karaoke!' I still had 'El Diablo' and 'Mata Hari' in my head! No, Israel... Set Palestine/Gaza free! Oh, I forgot Belgium because they had me snoozing! Live from Rotterdam's Erasmus Bridge, the interval act kicked off the first spectacle! Along with Glennis Grace and Afrojack to name a few musical talents, they told the world that Holland is stronger than 'Titanium!' A snap shot of Eurovision history was served from the very beginning to 2021, remembering that the true fans of the Eurovision has to be the Gay Community! 'Rocking The Roof', a select few Euro singing legends performed their winning songs including 'Ding-A-Dong' from the rooftops! Holland being in lockdown didn't stop them from putting on a show! No, no!
Before the lines closed, through the medium of technology, 2019s winner 'Duncan Lawrence' performed 'Arcade' remotely after testing positive for COVID. Miss Rona, get out right now! The atmosphere that was portrayed on our screens gave us hope that large scale events can and will take place as this Pandemic dissipates, to think that the Ahoy was a field hospital just one year ago was mind-blowing to consider! As jury votes put us in last place with nil points, we the 'United Kingdom' did not have a chance! One thing that we kept in mind was that we had had a year of misery with a third lockdown, from the 'Embers' of the Pandemic we took a great song to the ESC with the objective to have a good old time! Forget the political voting and the fanfare, 'James Newman' kept a smile on his face and a beverage in his hand! Oh, Italy! Yes, that glam-rock band known as 'Måneskin' came to victory with their entry 'Zitti E Buoni'. Italy 2022 will happen, I foresee the 'UK' being represented by 'The Frock Destroyers!' DDC, Baga & Blu, ready?
Oh, Eurovision!
Joseph Harrison