If I want to blog about the best Muvas on the estate in the whole of Sheffield, then I will! You're panicking, you're shook, you're vulnerable! From 'Page 3's Jordan' to a businesswoman/mother,  never underestimate the 'Pricey!' 10 fabulous queens hailing from both Holland and Belgium saved 2020s Lockdown 2.0 with the first series of Drag Race Holland! Drag is a phenomenon! 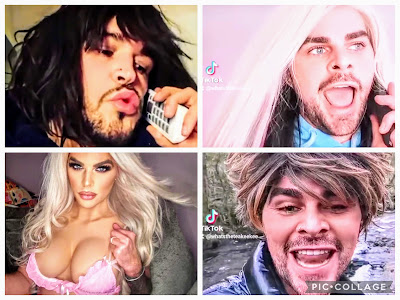 No, RuPaul isn't the only Muva! Sheffield boasts two formidable matriarchal wonders that would do anything for their kids! Are you sure? On the phone to express her every grievance with good old' Boris Johnson! Dianne Whatcock should be 'Mother Of The Year' because she does nothing but care for her four kids! Ranging from oldest to youngest, Mackenzie Joe, Pablo, NJ and Kelsea Jamima Rose all get their 'Pot Noodles' and 'Turkey Dinosaurs' because Dianne does her best for them babbies, regardless! Nigel, her Baby Daddy and one of her many conquests really gives her too much trouble but with him being in nick for dealing illegal substances, she has to ensure the Child support has been paid each month! Calling up Donald Trump to read him his rights, that was followed up by an ear full from his beloved, Melania. Are you sure? This beauty wouldn't say no to a ride on RuPaul's Drag Race UK in the future! Pam, get back on QVC! Your girlies need you! Follow this absolute stunner on Instagram at @whatshteteakeekee! Ey, Boris!!!

As younger Sister to Dianne, Denise isn't a Sheffield Muva to be messed with! No! This stay at home Muva has hardly looked after kids since the first UK Lockdown was declared back in March 2020. Her own Mother takes care of her Grandchildren as if they were her own. Denise and Dianne have each others backs, they are always bombing their five star selves on holiday! Who's Malik? Now, even Denise wouldn't tell me that shady business, he's got a hold on her heart for sure! Dianne asked Denise if she should stop buying her teenage children Easter Eggs, Denise set her right that she need not bother! Yes, those Sister friends jet off to places like Greece, Turkey and Thailand. Denise has been through the mill but she's always there for Dianne and her brood because Nigel isn't a stable figure in Di's life. There's many a time when Denise has had to bomb down to Dianne's with her baseball bat, eh nobody is battering our Mackenzie Joe! Follow this Sheffield Muva on Instagram at @dontmesswithdenise. Noo, Muva! 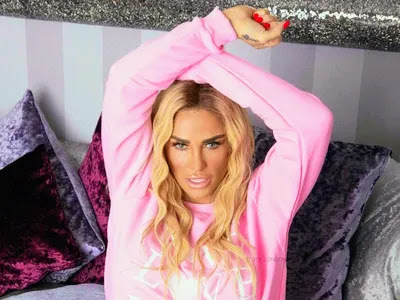 No stranger to the camera nor from the press, Katie Price has been the chameleon that we never knew we needed! Embodying the essence of a Drag Queen, this model turned businesswoman has swam against the tide through the years with her head held up high! Since her Page 3 days, Jordan morphed into Katie Price soon after she exited the 'I'm A Celebrity Jungle' for the first time. Was it just 'Jungle Fever' or 'Pure Insania?' Along with her brand empire that she had built before the 'Jungle', Katie Price became the larger than life 'family-friendly' brand that saw Katie call her own 'Price!' Turning up to her book signings dressed in more rhinestones than one of RuPaul's own legendary queens had ever worn! Katie's even made dressing up as a 'frog' look sexy! Yes, she did! With her confidence and tenacity, people keep underestimating the power of the 'Pricey!' Her then documentary series followed her marriage with former 'Jungle companion' and now ex-husband, Peter Andre. Her 'OK!' deal served us the Cinderella fantasy for the gods!
'Not Just Anybody', KP brought her 'Making Your Mind Up' Eurovision live audition! Her opening VT montage music had to be 'Cover Girl' by 'RuPaul' because Katie believed in her performance. Katie Price didn't make it to the final show for the Eurovision but that wasn't the last that we saw her sing or 'lip-sync for her life?' As a biological woman, Katie Price is basically a drag queen like she's owned many times during her career, her boundary pushing style makes her fanbase love her even more! Katie Price returned with her single 'Free To Love Again' adorned in a fierce outfit, fabulous high-kicking dancers and a catchy shameless lip-sync! Where was her spot on 'Drag Race UK?' Her ownership was what we love about her, she said 'I have respect for performers, its hard work. I'll lip-sync'. KP's G-A-Y performance of her single 'I Got You', that costume was fabulously camp with rainbow Rio Carnaval style opulence! Bimini Bon Boulash impersonated KP on the Snatch Game in 2021, sure the nipples are the eyes of the face? 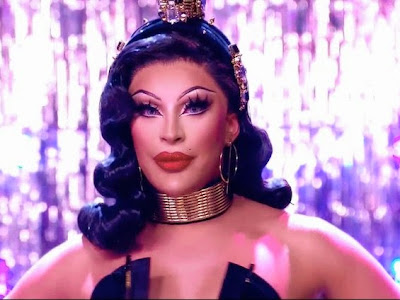 October 2020 had me living once again before the UK was put into Lockdown 2.o with the release of Drag Race Holland's debut season! Fred Van Leer donned his femme Drag and also dressed in his suits as the main judge, acting as the Dutch RuPaul. Welcoming the queens of the brand new series had me reading those subtitles for the first time, I was ready to listen and pay attention to the Dutch Drag slang! Brazilian born Miss Abby OMG hurtled into the werk room with her South American fire! Non-Binary performer and make-up extraordinaire, ChelseaBoy had me confused in the best kind of way! The OG Fish presented herself in the form of Janey Jacké, it was a lesson for me because I didn't know who that 'meiden' was? The delectable Megan Schoonbrood made her reveal as she walked into the werk room, was she holding a secret from the other queens? Madame Madness became the first ever 'bearded queen' in the Drag Race franchise! Was Roem Service about to become the 'Gothy Kendoll' of the European series?
Now, don't get it twisted because 'Gothy Kendoll' is an iconic artist and Haus Mother! Sedergine became the first Flemish/Belgian queen to walk onto the Drag Race Holland set. MamaQueen also represented the Non-Binary division with their unique and carrying first entrance look. Patty Pam-Pam entered the Dutch race with her petite and pretty reframe. Envy Peru changed the game, with her Peruvian origins and her mothers emotional story of immigration to find a better tomorrow, we were served with an absolute star! With mini challenges that incorporated elements of the US show, local references with clogs and tulips were definitely appreciated. The nude model shoot was tastefully done and the acting challenge with the Drama Queens 'Gooische Vrouwen' acting bonanza! Snatch Game gave ChelseaBoy the chance to shine with their knock-out 'Joe Exotic' hilarity! Taking the crown, cash and custom made gown, Envy Peru slayed the first Dutch series of Drag Race! Meiden, succes, en verneuk het niet! C'mon, Series 2?
Boris! Are You Sure? Nah!
Joseph Harrison