Embracing the colours of the Rainbow, it was time for me to spread my wings and fly. Teaching English in Beijing, China had been one of the toughest challenge's I had faced. That Hubei, Wuhan warm-up had me ready for that action packed first year in China's capital city. From saying goodbye to my Montessori training program to being introduced to Rainbow Class, like the wind it was time for me to move along with the rhythm of life. See you soon, Beijing, China! 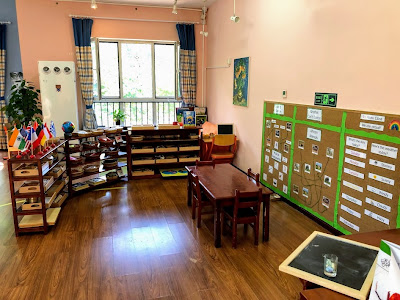 Fresh from my Chinese Spring Festival 2019 break, it was time for my final academic year in Beijing, China to begin. The first semester back in 2019 turned up the heat, it was time for my then lead teacher to have her baby, it had already been decided that a new leader teacher would take her position. The first semester flowed in the fashion that it wanted to, I was deep into my work duties to create a more immersive and bright curriculum within the framework of the company. I did not want to tread on anybody's toes so I respected the themes that had been set out by the English management. I added my own flare to the language materials and to the flashcards that were used to complement my morning time English learning. Of course, the children's English ability was and would always be my top priority. The ethos of 'kindness' and 'feelings' was my mission to see the children becoming more emotionally expressive. Of course, it was more than OK to not be OK and the children knew that with clarity. B, let's teach English!
I might have touched base about the semesterly goings on during the previous 'Rainbow' themed 'Teaching English' post. I might crossover with some points but I was on my money, the kids English comprehension was through the roof, we were having conversations in more languages than English. I'll mention more about that in the next section. Category was 'culture' with the 'music' theme I created a dice language material that followed the same format throughout the semester, in May 2019 it explored real life 'music' concepts from around the world. The children loved the 'Merengue', they danced as if they were in the 'Dominican Rep!' The parents would express their thanks for the 'out there' topics and teaching approach that I had implemented and adopted within Rainbow Class. With our reading title 'Giraffes Can't Dance' we enjoyed throwing some shapes during English circle during the mornings to instil positive 'can do' vocabulary and to build upon their team building skills as they danced the 'Bomba' como bailan en Puerto Rico! 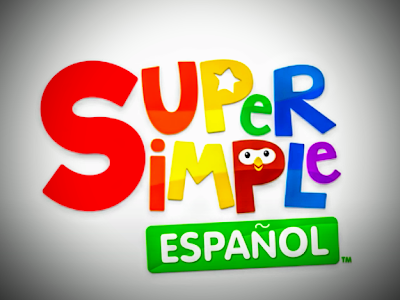 Having worked in the United States of America twice over the last ten years, I sensed that some the parents expected more from our classes? Yes, with that unexplained 'American' connection, I sought out some Spanish songs from 'Super Simple Songs' that mirrored the same songs that we used to sing in English. Starting with the 'Hello, hello, hello' song, I introduced the Spanish version 'Hola, hola, hola!' At first the kids had no idea what Spanish was when I explained it in English, after a brief translation from the new leader teacher they had the concept clear in their minds. Bringing in how to use greetings and forms of self-expression and emotions in Spanish that were both positive and negative. Spanish became something that the parents really loved being incorporated into our daily class routine, some children had been born in the USA, it was crucial for them to understand some simple Spanish terms. Bringing Spanish onto the language board in the English corner allowed the children to explore weather and the days of the week.
I knew that I straight up breaking those boundaries, other teachers preferred to stay within the lines but I was rewriting the book! Along with those flags of the world, the extra language learning went beyond Asia with North American, South American, African, European and Australasian languages that were part of the telephone languages work from the previous semester. I opened the concept that some countries speak more than one language, for example; Canada has two official languages that are English and French as well as the First Nations aspect. The children were saying '안녕하세요/Ann Yeong Hase Yo' as if they were in South Korea, going North of the border, the kids found it puzzling that both Korea's had different sounds! Such as in North Korea they would say '안녕하십니까/An Nyong Ha Sim Ni Kka'. The same colour coded Montessori minded 'Children of the World' work had the children recognising fellow kids were of different races and had other hair colours. 彩虹孩子们正在接受! 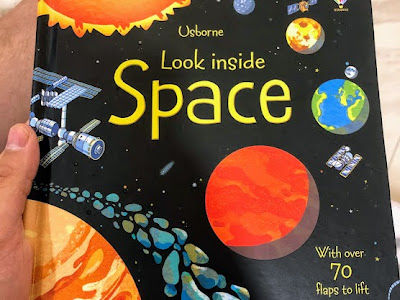 The Summer period saw many of the older children progress onto their respective elementary schools, being a part of those kids learning journey was the best because I was thinking about making my own sweet way away from the company. August 2019 brought me back to reality, one month before the beginning of my final semester within Rainbow Class we focussed on 'Space' and the 'Solar System'. During that month we had many children start their transition from the Nursery Class, I was flattered that they had picked Rainbow Class! Revisiting some of the songs and concepts that I had taught within my previous campus in Wuhan gave me a sense of familiarity. One of the new children that had moved from the Nursery Class especially loved the 'Moon' from the book 'Look Inside Space', he asked me 'Joseph, can I go to the Moon?' I replied in English 'Of course you can! With hard work and determination, anything is possible!' My open style was something his parents had wanted, their child had been to Nursery in London.
The new semester in September 2019 allowed me to introduce my language works to the parents in Chinese, my language abilities were put to their test. One Mother did help me translate. Autumn turned into Winter, I made some decisions that weren't easy to make during that standalone time period. 'It's OK to not be OK', the mindful attention that I paid towards the children's ability to express their inner emotions using English was so important for us. I would emphasis that there's no shame to feel sad, angry or to miss one of their parents. We spoke about the notion to cry, it wasn't a weakness, it was a human emotion that the children had their right to express. I was proud of that movement for their mental health, call me a Maverick? One parent during my final Parent/Teacher Review expressed how his daughters openness about her emotions had helped him effectively communicate with people, his work took him abroad and for that he was truly grateful. 2020 signified a change, it was the 'End Of The Rainbow' for me.
Rainbow Class, We Are Proud!
Joseph Harrison