2021: Do You Want The Truth Or Something Beautiful?

I'm not going to lie, I am on my last living nerve! I might sound dramatic but I can live with that and that is my business! After being back in what's supposed to be my home country for 13 months, I have never felt so far removed from my life in China! This blog has morphed from my travel catalogue to my self-help guide through this life in a country I detest! I'm ready for truth! 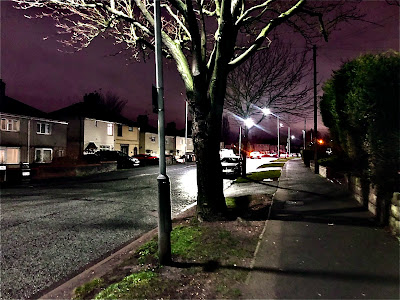 My daily exercise has given me somewhere to run to, truth be told the sights and smells aren't glamourous but it happens to be home. 2021 was supposed to be the year of the vaccine, the 'silver bullet' that would give us back our lives! I am still waiting for mine and with Grandparents who recently had their first doses, I don't want my harsh tones to reflect anything on to them. Yes, walking has been something of a therapy and if truth be told its a welcomed break that gets me out of my family home that I've been living within since February 2020. The evenings out have been peaceful and for that reason I feel strangely safer than I do in the daytime. I became accustomed to the surveillance style cameras that I saw on my street corners in China. Before people want to point the finger, I would be happy to have those cameras back because I do not feel safe in this country anymore. I really don't and that concerns me a lot! Being more of a night-owl, those evening walks have helped me keep my sanity intact. Am I walking to nowhere?
Within limited funds and a third lockdown both working against me, I have found rather than staying cooped up at home it has been good for me to get outside most days. I lose my temper with the Great British weather most days because I get myself into a little routine and then the weather is awful! Miss Rona already has me in the wrong country, with my heart broken it hasn't been good for my psyche to cancel walks due to inclement weather. I didn't walk at all during the first Lockdown, I chose to stay at home because 'Joe public' all decided to start acting the fool during their allowed daily exercise. I found in my previous school in Beijing, I would naturally walk around 20,000 steps per day without batting an eyelid. Counting those steps incessantly hasn't been the best to create a healthy attitude towards a normal step count, I need to give myself a break! Absolutely, I would much rather be discovering my supposed new city of Ningbo by foot at the weekends and walking during my working life at the school I should be at. 为什么? Throughout all of this mess, there's one thing that I have stayed away from! That one thing continues to be 'Zoom' or any other form of video chat because I can't think of anything less personal than talking to someone through a screen, just dreadful! Taking things back to basics, I found a cute letter set via Ebay from a shop called 'Little Sapphire Stationery'. Staying away from the booze, I had in my head that I wanted to write some letters to contribute to my time during my state of sobriety. Consulting some friends from the USA and also some previous young learners who I had taught in China, from that had I managed to get a good stack of addresses. I have missed speaking Chinese a lot, through the letters that wasn't an option, I pushed myself to write in Chinese. I took extra care for the letters that were poised to be sent to China's Mainland, each character had to be spaced out and have the exact amount of lines, flicks and curves. Out of nowhere, the UK's favourite postal service would be out to get me! Royal Mail, don't test me!, B
Back on the road, I walked to the Post Office in Willenhall, I was not ready for the stupidity I really wasn't! 'Oh, you wrote that Chinese?' ... 'Yes, I used to live in China and because the China Post staff usually aren't able to read foreign languages, I wanted to assist them'. What rocks do people actually live under? Not the China Post staff, the UK Post Office kind. Lord Jesus, I don't believe in you but I need some strength! The U.S & Puerto Rico letters were dispatched, the Hong Kong letter zoomed to its location in seven days but the Mainland ones would be a little tricky. I was so in my head, I wanted to make sure the Chinese writing was legible I had forgotten to write China in English. Incensed by the foolery and backwardness, I saw myself fall into a mini-mental breakdown. I miss China a lot, my family think that I've been brainwashed but I haven't. I saw those letters to be fit, they were written in Chinese and were destined for the Chinese Mainland in the native script. Royal Mail really didn't need to go and act the fool! No! 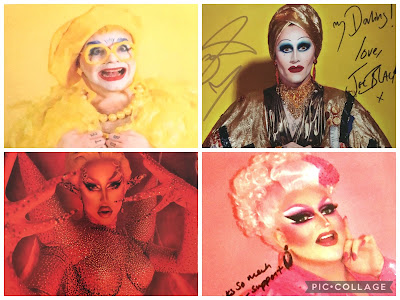 Whilst life continues to be a Drag in once sense, a certain RuPaul's Drag Race UK has been an absolute tonic during what's proving to be quite an emotional time. Along with letters I decided to use the money that would usually spent on booze for another purpose. Through the Twitter accounts of Joe Black, A'whora, Lawrence Chaney and Ginny Lemon I was able to purchase several signed A4 prints, due to the Lockdown the queens haven't been able to perform on the usual circuits like they would have done pre-pandemic, so I wanted to show my support however small the contribution was. I first purchased Joe Black's print, then A'whora which was followed by Lawrence Chaney and of course I fancied a slice of Ginny Lemon's merch! I am awaiting my Bimini Bon Boulash signed print but my best friends within the post are taking their sweet time with that fifth Drag Race UK print. I will definitely be looking to purchase merchandise from the other queens but my monthly allowance doesn't stretch enough. Drag Race is my shining light!
That previous segment was a tad light wasn't it? Yes, it really was! Bringing the truth back into the game, I cannot stress how important Drag Race has been for my mental health! I have been able to escape each Thursday night and then Saturday morning, secondly for the U.S version. Like with the whole country, the queens of Series Two had their 'Werk Room' fantasies cut short with the impending doom of Lockdown that halted production for the Spring and Summer period. The emotional rollercoaster that the queens went on through their own Lockdown experience really anchors me deep into the show. Lawrence Chaney candidly proclaimed that he had to seek support from the Job Centre, that was something I also had to do when I found myself back in the UK during early 2020. Whilst I am not competing to be the UK's next Drag Superstar, I know what its like to be forced to 'Sashay Away' from something that I've invested in. My runway will be tarmac and my 'Werk Room' will be a classroom in China near Shanghai. There's one more thing that just cannot be sugarcoated, I will not be silenced from speaking Mandarin Chinese during my time I that will spend in England. My family do not understand it and certain members have become very vocal that because they don't understand then I should not be speaking it! How does that even work? To be a person who's lived in Mainland China for the years that followed on from 2015, the Chinese language became my primary language during my second year in Beijing, China. I would be conversing with my students parents in Chinese during our class's parent/teaching meetings, if I had ordered a '快递' then I would need to negotiate the delivery logistics in Chinese well. '快递' as pronounced 'Kuai Di' means 'Express Delivery' in English. Finding myself back in England in 2020 was something that I definitely didn't plan, I was in the middle of changing my job and city when Miss Rona so savagely pulled the rug from under my feet. Trying and not lose my mind, I'll battle on to keep speaking '中文!'
Being back in my own country has been epically difficult, I severely underestimated the enormity of the reverse culture shock that I'm still experiencing 13 months after my unexpected arrival back into the UK. Having that connection to the Chinese language has been imperative for my well-being, I don't care how ridiculous that sounds because for me to not be speaking Chinese makes me feel like I'm missing a part of my Overseas identity. I have no shame to say that I watch 'Peppa Pig' episodes in Chinese and they continue to help me keep hold of that familiarity whilst I have been able to learn new tones. My music has always been international, with such little culture available in my hometown, it has been extremely vital to discover new Chinese music from both the Mainland and Taiwan. My addresses for my letters continue to be wrote in Chinese and that won't change! 我会说中文，我不会说对不起! I can speak Chinese, I'm not going to say I'm sorry!  Unfortunately, the truth is the truth but it can't always be beautiful! 不!
Honesty Is My Best Policy!
Joseph Harrison