For me to learn from this extended period of lockdown I feel it is needed for me to look back at the final quarter of 2019, things flowed with such a rhythm. Professionally I was making moves and sure other things cropped up but I had those things under control, the rest was utterly superficial. Going to a bar/nightclub was second nature, flying on a plane felt normal and then..! 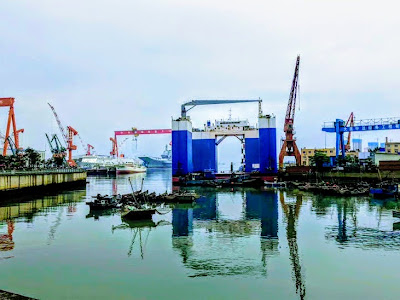 During 2018 I had decided on whim to book my 2019 Mid-Autumn Festival to Dalian in China's Liaoning Province. I had originally planned to see a friend who lived in the city but if truth be told, things just didn't work out. Nevertheless, I snatched the coveted address to a lesser known Gay bar. Jetting off to Dalian after work, yes I got my bag and clocked out work and headed to the airport just like that! To think of such a carefree motion, wait a moment I can't since that moment back in September 2019! It hadn't been five weeks from that point since I had arrived back from my two Summer holiday trips in one to Inner Mongolia and Xinjiang. For me to fathom such a laissez-faire state of mind being present in my head baffles me during this third UK lockdown in February 2021. What did I get up to in China's Dalian City? Well, let me just say that the weekend got quite saucy and for those reasons I won't be mad! I don't want to sound like 'woe is me' because what I would do for that weekend again! 小妹病毒, 我是坏人吗? 讨厌的!
In the moment it was perfectly normal for me to be touching down into another new destination, hailing an airport taxi in Chinese, also making small talk with the driver about being from England. Having the absolute freedom to navigate my day around Dalian without needing to wear any PPE had no space in my head, that was life before the Coronavirus Pandemic! Bartering in Chinese along Russia Style Street gave me life, those language skills were getting sharp during that final part of 2019. Russian made or not? Lunch on the first day was something European that I loved at a Russian restaurant, was I tempting fate with that Western food? The Xianglujiao Wharf gave me the Dockside Realness that I needed in my life! The nighttime was everything, I found that bar and on the second night I was escorted to a great club/bar with the right kind of guys. Those foreigners were stupid but I always know what I needed to do! Dalian was giving me things with those D's! Delights in the afternoon and nighttime! To live a life? Oh! 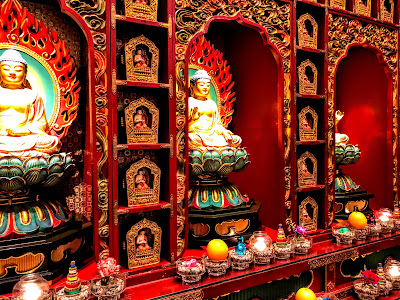 A £600.00 return flight from Beijing to Singapore? Yes, I paid with those coins that I had worked for, that Singapore Airlines flight would be the one for me! Now, when I think about the amount that flight set me back, I sure think what my current financial situation looks like? Different compared with that time of opulence and high expenditure. Being the 70th anniversary of the founding of China's PRC, the airspace would be closed off during a large chunk on the 1st of October 2019. I had my flight pushed forward to 00:00 am instead of 08:00 am, when I think about the trepidation that I felt in that moment I could kick myself into touch! Now, it has been one year since I sat my ass down on a plane, that superficial time change was nothing in the grand scheme of things. Flying with such a schedule in the future won't make me think twice, I will get on with it because having the opportunity to fly again with be an immense triumph! Learning from this lockdown goes right back to that October 1st 2019 moment! Miss Rona! Bye!
Did Singapore have me blinded from the soon to be world pandemic that was about to hit? Just a touch! Secretly in other parts of the world, a virus had been found and I just went about my tricks in Singapore just like that! Minding my own business, I made my way around the places that I wanted to see, I had no lockdown restrictions placed upon me! Going back to that unrestricted moment I think about my time spent in Sheffield that was during the first and second lockdowns, I had a level of freedom but those 'social distancing rules' never allowed me to be off my Corona guard. Hoards of people tried to get their snap of the famous Singapore Merlion, I tried my best to 'social distance' in that moment before it was even a thing! How ironic? Tekka, Hong Lim and Lau Pa Sat Hawker Centres reminded me what dining in a physical location inside a building before outdoor dining and then takeaway-only was enforced. I'm not religious but when I'm dining after lockdown I will say a prayer of grace! I am not joking at all! 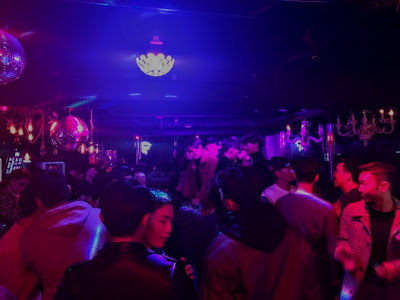 Seoul, South Korea for the night? On the night of my Nephew's birth I found myself booking a cheeky night away in the then not so far away Korean Peninsula. Being in Beijing, the flight was barely one hour! In this 2021 lockdown moment I feel immensely blessed that the universe and Miss Rona allowed me to have that night out! On a level like no other, I knocked the beers back whilst three female Chinese passengers tried to get my attention. They nor spoke English nor Korean, I understood their request and asked the crew member who was onboard that KE flight to assist them with a few customs cards because they were unable to communicate. I felt so proud that I was able to flex my Chinese translation skills in that moment, nowadays I find myself talking Chinese to myself because 我老家的人不会说中文! 是的, 我非常不开心! That's right! Owen made me do the right thing! Stay in the pub all day and then to book a holiday! On a deeper level, the idea of having a night out feels alien to me! Get me a bottle of Soju! Over it all!
My first visit to Korea was in October 2018 for the National Day holiday, I had enjoyed myself that much during that week! So, I booked those flights for my 29th birthday during 2019. Owen, I blame you! Love you! The feeling to land into Seoul's Gimpo Airport had me feeling such a surreal feeling, I had been on North Korean ground the previous time to that birthday weekend. The feeling of being in Pyongyang Sunan Airport hit me like a bus, yes it was all Korean writing but I had made it back to the Peninsula for the second time in one year, both Korea's in one year! Yes! For what I had achieved that makes me feel that I had not done badly, kidding because I was slaying! Being at home this year has put a lot to things into perspective, never forget those times from before because those memories help fire the flame for a future that has been so hard to see amongst the death and darkness. Dancing the night away, I felt my K-POP fantasy to the fullest because life was normal! Was it though? To dance at Queen along Homo Hill, soon soon! 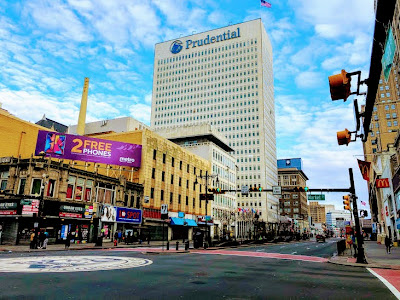 To what would be the final time that I would see T3 at Beijing Capital Airport in a lively state, I sipped on my 星巴克 before proceeding through airport security. I made the mammoth 15 hour direct flight from Beijing to Newark, NJ with United. I had to get my first ever USA tourist visa because Trump had announced that North Korea was on the banned list, I was no longer eligible to use an ESTA to enter the USA again. The feeling that I felt as I was barked at by the Red Coat as I failed my automated customs check made me feel as if it was 2012 all over again. I had worked as a Passenger Services Agent for Virgin Atlantic during 2012 for the year as part of my placement. After seven years of separation, I found myself on a PATH train headed towards Newark's Historic Downtown! The whole experience was humbling if not earth shattering when the NPD Helicopter circled above! The empty Sunday morning Downtown streets sent me into a Brick City moment! I would recognise that stillness in 2020 as a normal lockdown view! Dios!!!!!
No word of a lie, everything during that NY/NJ/PA week went perfectly! I stayed over the river in Long Island City. I headed over to Brooklyn to get all of my fixings, that Kosher food had me satisfied! I didn't want to dine in Flushing because I would be returning to China after a few days spent in Mother England. Philly took me back for 24 hours only, I saw the best Trans Drag show of my living life at Bob & Barbara's but what the heck was 'Trap Karaoke?' Getting back to Philadelphia was the right thing to do, months on I am able to see the city through the medium of the 'Queer Eye' series. I reunited with Valerie and Fiorella one day apart, both reunions were so sweet after 7 years! I don't need a reason to return but I lived for those 7 days before the world started to turn upside down! From the homeless people at Newark Penn Station who asked me for a dollar whilst I tried to eat my nostalgic McGriddle breakfast, I'd buy them a whole damn breakfast now! 2019 served it right, 2020 showed did me wrong but 2021 has me wiser now! Go!
Life Is A Lesson!
Joseph Harrison