2021 so far has been no joke, quite literally from New Year's Eve something has been popping off! Miss Rona as per usual is commanding most of the attention, she's been slacking because the U.S Capitol saw some utter foolishness on the 6th of January 2021! Brexit, Brexit! Bring on Brexit? With a third UK lockdown, just look at those Dubai influencers! No, 21' got me started! 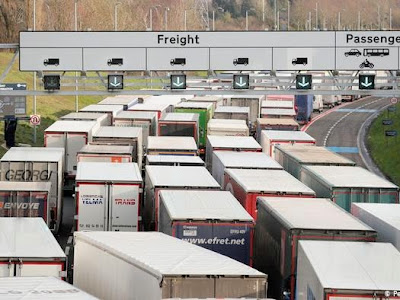 As Baga Chipz donned her best 'Margaret Thatcher' drag on RuPaul's own UK Snatch Game, she proclaimed 'Brexit, Brexit! Bring On Brexit!' On January 1st 2021 the United Kingdom officially removed itself from the European Union, amidst the sky-rocketing death and infection rate in the UK, Boris Johnson bounded around like someone demented to secure that final Brexit deal! Christ! Were those flights back and forth to those crisis talks in Brussels deemed as essential travel? Boris, it would be wonderful if you could set the record straight! The Tories promised a smooth transition but was it really going to be made easy at the Port of Dover? Boris, were you that sure? It was a whole damn mess, thousands of lorries found themselves parked along the runway at Kent Manston Airport! It was a childish battle between the British and the French, one side wanted drivers COVID tested and the other wanted extra customs paperwork! Bring on utter chaos, that's what Brexit was doing to us in its infancy! Come on Boris, shake a leg! Jesus!
The national news had the gull to make light of the passenger downturn post-Brexit at Dover's Port for the ferries! Boris had not long announced the third lockdown, people had been told not to travel outside of their part of the UK! Were those newscasters sure about the newly placed travel restrictions? People were not allowed to travel, figuring why those Calais bound ferries were leaving Dover empty. Once the back log of lorries had cleared from that Kent runway, the whole initial fiasco of Brexit petered down for a quick second. An international sea border? Yes, a sea border from Holyhead to Larne had been created during the night, that new un-welcomed addition left shelves in Northern Ireland bare due to the delays caused because new customs checks had been implemented on a previous domestic crossing within the UK! Yes, there have been talks of three independence referendums taking place that would liberate Wales and Scotland from the UK and reunify Northern Ireland with the Irish Republic. The end of the UK? 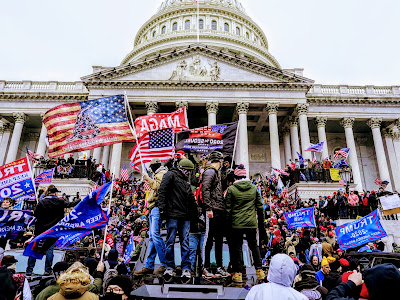 Boris and Brexit kept the United Kingdom entertained, we thought that our windswept Prime Minister was wrecking up the place? UK, let us look across the Atlantic Ocean! It was clear to see that Donald J. Trump had finally admitted defeat in the recent election, votes had been recounted due to outlandish reports that voter fraud had taken place! The steal was a hoax, the votes had been verified and all parts of the House, Senate and Congress would be turning blue fair and square. Standing with his grown up kids nearby, DJT commanded his 'MAGA' army to never admit defeat because some serious brainwashing had been styled out on those faithful Trump supporters. I hadn't heard of the word 'Insurrection' before that early January 2021 afternoon but as sure as hell I would be finding out the true definition real quick! Bastardising the 'Red, White & Blue' colours of the United States flag, the deranged followers of 44 stormed the U.S Capitol Building with all of their Republican might! What in the world was happening?
Question was, did the police allow the Trump supporters access to the Capitol? As the news covered the unfolding pandemonium, it was bizarre to see such officers of the law give way to those Proud Boys and their motley crew! For those who had campaigned for the U.S/Mexico wall to be built by their dear leader, they were honing in their own scaling of the stone walls that led them closer to the open doorways that would lead them to the all important final votes. The irony! Rushed to safety, the White House was locked down and the congress members were whisked away to a bunker? They were definitely rushed away from the incoming Trump supporters! With about ten teeth between them collectively, they claimed to take back their civil rights in the most undignified manner. Was this the western world in 2021? Heaven help the USA, they have an SOS! Did the USA really need this act of domestic terror during such a badly managed world pandemic? No! Now quelled, Biden & Harris certainly have their work cut out! 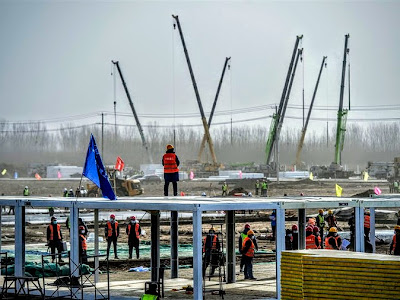 Yes, it has almost been one year since I boarded that Etihad Airways flight that took me out of Beijing, China. I haven't made it back to China but I have been watching the progress the Mainland has made with their virus prevention and eradication. The ability to test as 2021 approached had morphed into a Herculean operation with whole communities and districts being tested practically overnight. I miss China life, I know that once the vaccination program makes things doable, I will be back on a plane with my papers in check. As Wuhan enjoys its new-found freedom after their carefully managed lockdown, my friend in Beijing informed me about the ever-changing status of the capital city. I couldn't imagine what it has been like to get tested each week? She would need to show her QR code with her negative weekly test results to access her community. Life was hectic for me during those final weeks back in February 2020 but I feel thankful that I didn't need to be tested. The central government know the score! 加油!
Late 2020 saw China find its everyday life waiver slightly with Hebei's Shijiazhuang City receiving a new surge of cases. Fearing not, the Hebei government had testing ramped up ten fold to ensure that the local population had their virus status checked on a regular basis. The UK couldn't cope with their operation but China had their response slick and ready for it all! The rapid construction of new quarantine facilities located near Shijiazhuang City reminded me of the steadfast effort the workers in Wuhan pulled off with the Huoshenshan and Leishenshan portable hospitals. Those newly constructed quarantine facilities came fully equipped with running water and Wi-Fi access! Could the UK government rally the military to build the same type of quarantine structure in such a short space of time? I don't think so! I remain loyal to China and have faith that their response to the pandemic will continue to be guarded and consistent. I know that the central government will do what is needed to oust the virus. 好想你! 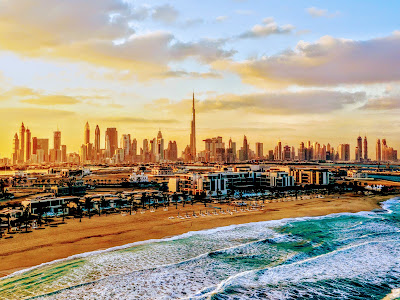 The television adverts didn't lie, Dubai was open to tourism and Emirates had restarted their UK to UAE operation. It had been said that 'vaccination' health tourism would be one avenue for Dubai to bring tourists back to its so-called 'COVID safe' environment. I am not sure if the whole 'jab and enjoy' holidays were an actual thing, needless to say its a provocative way to bring back that desired tourism cash money! During a lunchtime in February 2021, I heard that an 'influencer' had been grilled by Holly & Philip on ITV's This Morning. The 'influencer' in-question classed her travel as essential, stating that she was motivating people through her Instagram posts and stories. During this third UK lockdown, I didn't take kindly to her brazen attempt to say her camel ride and poolside dining could be justified when we've been told to 'stay at home!' That so-called 'motivational figure' made her Instagram account private after the interview made her Dubai stay look like a joke whilst the NHS workers battled to save UK lives!
It wasn't just that one 'influencer' because many young and entitled Brits made their presence in Dubai well known through their social media channels. Did they have any conscience as the UK battled one of the worse loss of human life since World War II? I don't think! We have all had holidays cancelled or plans shelved during this pandemic period, we can't even leave our parts of the United Kingdom without essential permission. What made these young and dumb online 'influencers' exempt from such lockdown restrictions? I am mad, livid even because I have had to give up on my travel dreams and overseas career since February 2020. I would be sunning myself in Dubai if there was not a pandemic, I am not stupid because I have continued to follow the government guidelines! The UK government made the decision to ban flights from the UAE, ironically it wasn't much of a panic for those care-free rule-breakers because some of them stayed put in Dubai. Tulum, Mexico? I'm sure the ventilator won't feel nice in the end! Choices?
Eventful, Much?
Joseph Harrison