The British Isle has been famous for its drag and camp artistry since day dot, so from the very beginning! Life is most certainly a drag and I wouldn't have it any other way! Would you? From the 'Carry On' films to the 'Tiger King' himself, there's always been drag of a different kind that has existed away from RuPaul's very own 'Drag Race!' Did I forget someone? What's her name? 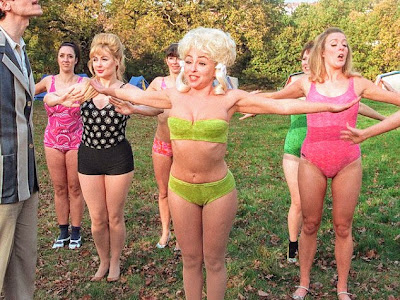 Now that was a 'Carry On' we would say if something was a 'faff', or took us 'around the houses'. Knowingly, I am sure that the BBC knew what it was doing when it broadcast such a camp series of raunchy and side-spliting funny sketches. Did they? Surely? I was and am definitely too young to have known the 'Carry On' films in their heyday but their legacy has carried on into present day. With the recent passing of Dame Barbara Windsor, it seems only fitting to look back at a different form of camp! Stuffed with suggestive lines and enough English vulgarity, the jokes kept on coming because these sketches were so cleverly delivered before the water-shed. Serving their 'naughty but nice' comedy sketches, the themes were based on quite ordinary activities for the most part. With titles featuring around 'camping', 'doctor's' and 'cowboy's', the material served was less than ordinary that was for sure! We should all remember when Dame Babs's skimpy lime green bikini top flew off, much to the disgust of Kenneth Williams! That's so camp!
It wasn't just Dame Barbara Windsor that brought the camp to the 'Carry On' films, absolutely no way! The whole cast had their way to make us laugh and to treat us with all those 'saucy' innuendos during a time when children would be watching, needless to say they wouldn't be able to understand but their parents did! Kenneth Williams and Hattie Jacques made us laugh with their larger than life 'Oh, Matron' sketches, did he really want to see what she was serving up? No, but it was damn funny! Sid James and and Charles Hawtrey also made the cast during the original and currently only run of those iconic British sketches. For Sid James, he would always have time for a little bit of 'Tiffin!' Read between the lines for that, I don't need to explain any further than that one word. Category was 'crossdressing' because the BBC had RuPaul's show in mind all those years before the 'Race' came to our British Isle! The memory of Dame Barbara Windsor will forever live on in the 'Carry On' films, we'll always love this form of 'drag!' Yes, BW! 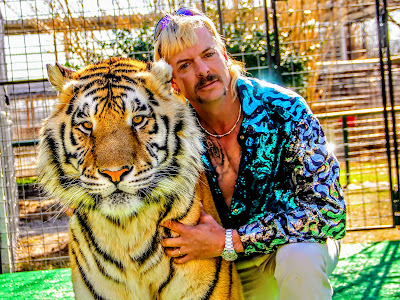 Tell all the hunters to lay down their guns, because a gay gun-wielding 'Tiger King' stole 2020 as the lip-synch assassin! We were introduced to this crazy American tiger keeper, locked down because of Miss Rona we could only watch in utter bewilderment! His Liberace style tiger shows were showcased to us through the medium of 'Netflix' during April 2020, could it get any more camp? No! With his outlandish brightly coloured shirts, signature moustache and his blonde mullet-like hairstyle, this animal welfare disaster was the 'Drag King' icon we never knew we needed! Did you see that tiger? Joe Exotic being his name, he became the new lip-synch star with his so-called music back-catalogue for us all to see on his show! Locked up in 'clink', we watched his story at his wildlife reserve in disbelief because it was the real-life distraction that we needed! It wasn't just Joe, he had a 'Three Ring Circus' because him and his two husbands had just got married in a maddening 'thruple' style wedding! Was this his tape for the Ru Race?

Bhagavan "Doc" Antle was the one to call "Lord?" He had this crazy ring of so-called 'apprentices?' Could 2020 get any more berserk? We didn't know! Those tiger petting ring leaders gave us drag worthy persona that we didn't know we needed! There was one more character in this unbelievably real-life 'savage' documentary come reality series, cue the ultimate 'Cat Lady!' Carole Baskin came through with her 'feline' prints, was she channelling 'Kenya Michaels' from RuPaul's Drag Race S4 when she channelled her 'leopard print' information commercial for Ru's album, 'Glamazon?' Carole 'frickin' Baskin was giving us some double standard animal welfare Realness that had us shocked and entertained at the same time! Joe wanted her cat loving ass 'six feet under?' Oh, hell no! Her 'floral and cat looking' drag had us gagged! Joe and Carole had this crazy drama, it was like 'Alyssa Edwards' and 'Coco Montrese' beefing over that pageant crown for 'Miss Gay America!' Get up in this 'Tiger King' drag! Roarrr! 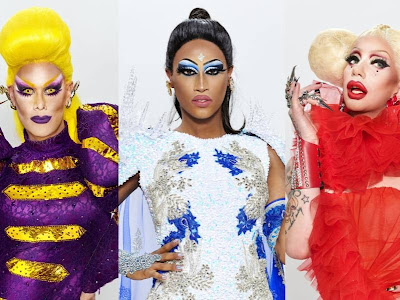 Just North of the border it was time for Canada's Drag Race to kill us with kindness, cue the first season! We had just marvelled at Ru's All Stars 6, Shea Coulee had her Ru-demption! Deep in lockdown for the first time, we needed more drag on the BBC, Canada's queens were in the race to save the day! First in the werk room was Priyanka, she reminded us of her name every second of that competition! Juice Boxx gave us innocence with her flawless female-like looks! I lived for Scarlet BoBo, she represented Toronto with all her quirks and kicks! The B*tch on Arrival known simply as 'BOA' gave me that 'potato' Realness! Kyne came from a YouTube clip, maybe she's going to redeem herself in Canada's All Stars? That is all I am saying not to sound shady, manners! Wearing it well from Canada's French Province of Quebec, Rita Baga and Kiara both brought un style froid comme un hiver québécois! Non, ces reines n'étaient pas désolées! Get ready for more, I have not finished serving up those queens! O' Canada and its 12 polite queens!
Twirling in from NYC with her bitter Lemon character, there would be room for another dancing queen? After dodging bullets on the islands, Anastarzia Anaquway got herself on Canada's Drag Race via the 'Rainbow Railroad' before it was even a thing! Canada welcomes all of the LGBTQIA 'alphabet mafia' community! The love child of Naomi & Tyra worked the runway, of course that had to be Tynomi Banks? Yes, she told those 'Moose-Knuckles' to not be 'dutty, dutty!' Those 'Dawls' needed to be told! Not clowning around, Jimbo served her circus inspired looks but she wasn't joking! No, Jimbo didn't have any time for messy TV! Making no apologises, the queens from Canada broke the dawn! Undoubtedly, Canada's 'First Nations' representation shone through, Ilona Verley served Two Spirit, Non-Binary & Nlaka'pamux Realness! I have mentioned all of the first twelve Canadian queens? Wearing it well, the final served nothing but the best of the season! What's her name? Priyanka took her crown and maple leaf sceptre! Yes, Queen Pri!!
Drag Always Wins!
Joseph Harrison