Miss Rona really wanted to be that someone, didn't she? Yes! It has taken me more than a month of Sundays to learn from these lockdowns, I am finally seeing the light. 2020 had its plan, maybe in that moment I didn't want to cooperate? Landing back into England, I was not ready for that reverse cultural shock! Going into that first lockdown, I was ready to clap-back! Oh, yes! 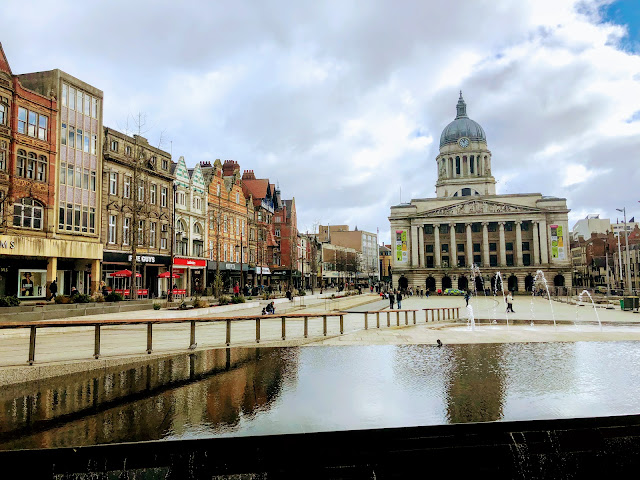 No, I was not sorry! Yes, I had spent close to one month, sat in three hotel rooms for the best part of February 2020! Fresh from my period of isolation in Beijing, I booked myself an overnight trip to Nottingham. Making my way to Birmingham during that March 2020 morning, the West Midlands Metro heaved with commuters with no thought as to what social distancing was. Casting my mind back, that was normal life and I haven't seen that for real since then. Catching my Megabus from Birmingham near New Street Station, the commuters made their way to those offices because the virus wasn't going to impact our Great British lives! How arrogant for us to have that chip on our shoulders, I had seen some serious pandemonium popping off in a certain Asian country. Nottingham grew closer, that snatched sense of freedom would be with me for only a short period of time. Glued to my mobile data with China Mobile, I was reading street signs like a tourist would in a foreign country. Was I not in my own country?
Old Market Square looked great, I saw people who were going about their everyday business for the first time in a while! Finding my steps, I was able to find the bus that would take me to Sherwood Forest. I was having a really good day out, things panned out well with no hitches. The calm of the forest was what I needed, the fresh air and green setting had me feeling a long way from Shunyi's locked down situation. Taking public transport again the next day, no mask mandate was in place during that early period of 2020. Was the pandemic even happening? Hostel? Yes, I stayed in a dorm room during that one nights stay, eight bunkbeds were in that normal pre-COVID room. That would be normal but in 2021, change that reservation because that accommodation would be locked tight! Charity Shop Sue? After being confided to my post-apartment hotel rooms in China, I took Nottingham's Express Transit to Bulwell. I was able to see the actual charity shop that had been used for the series. I loved getting out! I wanted more! 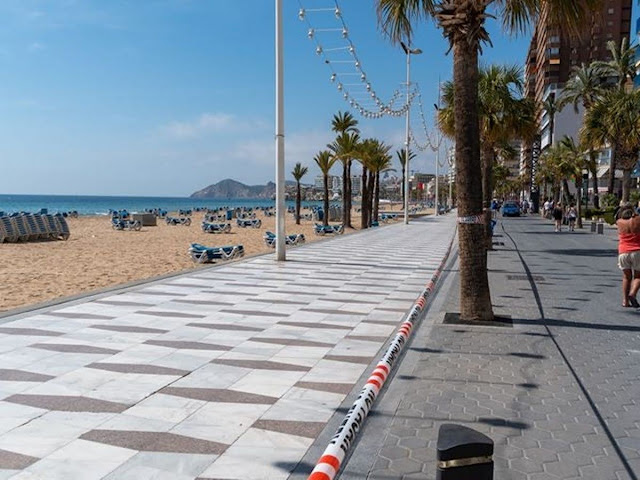 One plus about being in England again was that I got to see my Niece and Nephew, I had last seen them the previous Christmas week but I relished that unexpected 2020 playdate! Staying at my Brother and Sister-in-Law's place, I had found myself booking a cheeky trip to Alicante, Spain! Was I out of my mind? During that moment in time, the pandemic was just seen as a Chinese situation that wasn't going to spread to Europe. I had been watching a lot of 'Bargain Loving Brits In The Sun' during my nights spent in my second of three hotel rooms in Beijing, I was curious to visit those Costa Blanca shores! Being in Asia means that I don't see much of Europe, with a rough month completed in the hotels done, I wanted to jet away to sunnier climes. For the moment my five day visit would go without any issues, I had chose to fly with Jet2.com from Birmingham Airport. My accommodation was booked, I planned to stay within the old town because I wanted some Benidorm fuego! I was going to be cultured in Altea? Sure!
Destiny told me to hold off with the car to the airport and the currency conversion, I waited a few more days to complete those pre-departure tasks. Bam! In the middle of the night it had been confirmed that the region surrounding Benidorm within the Costa Blanca had been told to 'Quédate en Casa! A 'Stay at Home' order had been placed on the area that I had planned to visit, suddenly my trip to Spain had cancelled itself without any warning! Being impulsive I had paid for my room with a non-refundable policy, that was stupid of me! Jet2.com were amazing, they refunded my flight and after much pestering I had a full refund from Booking.com for my hotel room. My trip had been cancelled with immediate effect, Spain descended into a full national lockdown with some seriously strict protocols! I wasn't about to be stuck in another country with uncertain circumstances in my grasp! Absolutely, not! Miss Rona had her evil way, she was reigning terror on Continental Europe with efforts to infect England! 为什么? 好不好? Very bad! 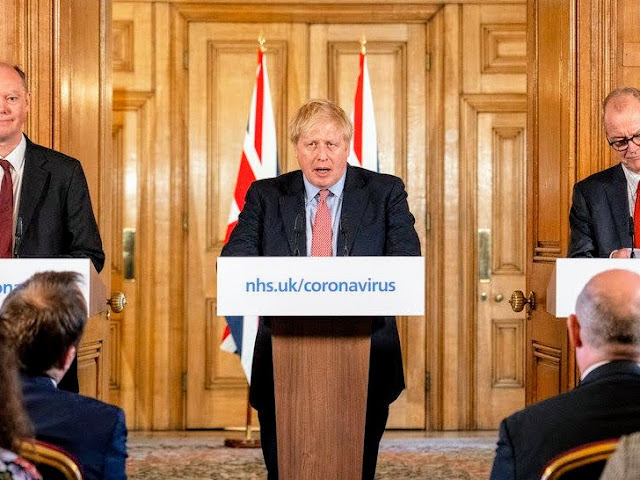 I was not going anywhere, it was decided that the United Kingdom would go into a full lockdown! Straight up, March 2020 could not get any worse with the tsunami of worrying news from a flapping and clueless government in Westminster. Boris took to the podium with words that were so incoherent, we needed subtitles to understand the situation Miss Rona had plunged us into. The category was 'Stay at Home', we were persuaded to 'Social Distance' for our lives but it was already evident the UK lockdown wasn't going to be anything like China's bulletproof efforts. The Queen doesn't broadcast messages very often, she had us glued to our screens with her message that we would meet our families again and that those who weren't going to listen wouldn't be thanked! She said it with such calmly delivered conviction, like Akon had rapped, we were locked up! What was I going to do? The Chinese border had been sealed tight to non-Chinese Nationals, I needed to redefine my blog in the mean time. I was on that trouble train!
Was I ready for such an event? Now in the third national lockdown during this January 2021 period, I am coping better but I wasn't during March 2020! Playing no games, I got myself a  very large 'Quarantini' because those months would give me enough time to drink myself into a stupid drunken mess! Now, I haven't touched any alcohol in three weeks but during that early 2020 lockdown I was dealing with a lot of issues! I had come back from China against my own choice, I had already experienced 'quarantine-like' conditions in Beijing and had been given a taste of freedom in Nottingham! Spain had been cancelled, immediately after that it was our time to 'Stay at Home'. My blog became my therapy, I harnessed the good that had come into my life to remember those blessed trips that I had enjoyed pre-Pandemic. I was finding that my blog work had captured a cross-section of readers who also needed a light to get through the trauma of the first initial UK lockdown. Three months into 2020, I wanted to give up! 2020 was cursed! 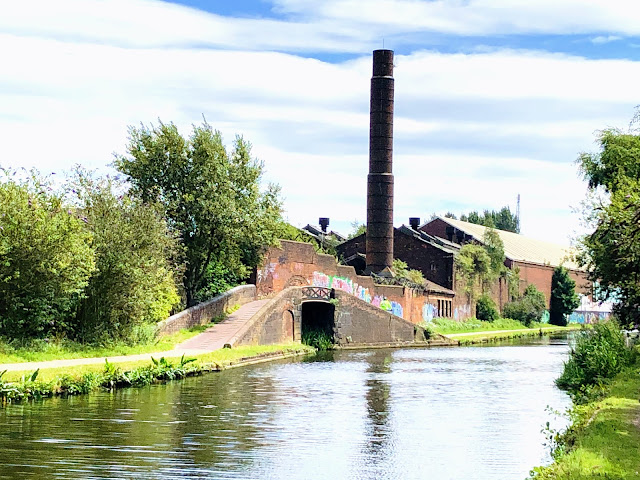 Boris had given us one the opportunity to have one hour of exercise each day, that meant walking because every wellness facility had been closed down during that first lockdown. Cue the eye roll moment, people went mad with their visits to the park and green spaces but they were getting stupid. The rules were not being policed and even members of the force were being told not to fine people if they broke a lockdown rule because 'we don't want them to hate us' one officer said. Life had been turned upside down, I wasn't working and needed to find a source of something to get me through the lockdown. I had applied for help, it was approved and continually appreciated. Now in 2021, I feel blessed that the UK government has resources for its citizens, never-mind I had to take a habitual UK citizenship test! My 2020 was upside down without any room to think about the situation, I was beginning to face some down days. Those days have taught me how to appreciate the good times, no question about that! Life's a journey!
My blog blossomed through that first lockdown, I fashioned new series that gave me the chance to space out more consistent content. Not travelling felt awful, I couldn't bring myself to watch any travel documentaries but my previous travel blogs helped soothe that conflict. Feeling independence once more on the 4th of July 2020, the lockdown measures were gradually lifted! I ran to my Brother's to see my Niece and Nephew! With the warmer weather making an appearance, it was nice to spend time out walking along the canal to Walsall. Walking up to 20,000 steps with my Mum from our house to Walsall town centre was something that we enjoyed doing before the temperatures death-dropped to a chilling digit! I found a new appreciate for the canal, being from an area that was famous for the industrial revolution, it was great to show my Chinese friends the charm of the West Midlands canal tow paths through WeChat. I won't lie, it took me a while to get out and about! B, Sheffield had not been forgotten!
Lockdown 2.0? ... Miss Rona Better Don't!
Joseph Harrison