2021 really came through with that New Year's cheer! She didn't? Oh! I am still waiting for my refund from 2020, I definitely want to speak to her manager! Real talk, we're in for another long slog aren't we? Yes! Anyway, I need an outlet because 'Dry January' will be successfully completed! For the record, this will be the final time I mention my China lockdown! Really, Joe? 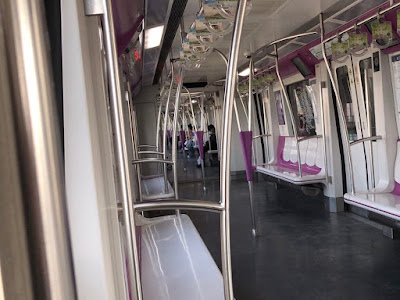 With my world being turned upside down, I still maintained the faith that my transition to my then new city would still happen. My fractured optimism was hanging in the balance but with just enough to last, I carried on with my first hotel stay. I had booked my intended Shanghai train ticket from Beijing, due to the growing uncertainty I was advised to cancel and wait for an alternative plan. Upon booking my train ticket back when the world made sense, I had it delivered to me in paper form to help make the day of departure a little bit easier. Little did I know, that hasty decision would cost me my time. My anxiety was in-check, I wasn't worried about a little jaunt down to Beijing South Railway Station one bit. Leaving my initial hotel room early on, I was fronted with a scene of desolation in an already scenic corner of suburban Beijing. It was like I was walking through some 'post-apocalyptic' nightmare, I was lost for words and that doesn't happen very often! My Line 15 metro had me feeling some kind of way, spooky!

No anti-maskers were in-sight, we all abided by the epidemic prevention measures onboard that 清华东路西口 bound train. It looked like a ghost train! Usually, the line down towards Wangjing would always be packed, finding myself an entire row was a welcomed change but considering the situation I was in shock! Beijing South Railway Station was deathly quiet, I would usually be surrounded by a mass of people with their suitcases. Nobody rushed, things stood still as the once heaving station stood empty. I made my way to the upper waiting room level because the ticket windows were all closed on the level that I would usually find them operating. The upper concourse level didn't have the same buzz, it was eerily quiet and many trains had been halted due to social distancing efforts. I managed to get my refund, I had never seen such a sight, seems like I'm making a point about that sorry sight but it was horrible to witness in real time motion. Making my way back to Houshayu, I had more issues to deal with. A temporary visa? Oh, really? 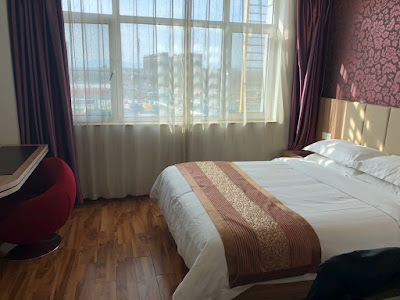 I had originally planned to spend ten days in the initial Beijing hotel after I had moved out of my apartment. The Chinese New Year holiday carried on, people had been encouraged to travel with the impending doom not being much of an issue. I had my belongings stowed at my friends house, we had managed to move them a couple of weeks previous to that point. That friend was becoming very anxious, the pending possibility of quarantine and a lockdown weighed heavy on her mental health. I didn't judge her but I needed to know my belongings would be safe forever how long they would need to be stored. Cyndi, being the friend had decided that she would continue her online teaching in the USA. In the meantime, I had checked into a second hotel and as if luck had it, I had checked in at just the right time. My Chinese friend was looking for a room to stay in. He asked me whether he could share my room? That wouldn't be a problem but after he had spoke with the reception, they had told him the local police had stopped any new guests.

My second hotel had basically been put into lockdown, I had made that booking within enough time! In a more central location, I was able to walk over to Cyndi's place because I was spending a lot of time at her place to keep her company. We watched Pose FX and checked the news, it was such a wild time! My hotel life wasn't bad, I enjoyed the second room, the housekeeping replenished the supply of biscuits and yoghurts on a regular basis. My professional dealings with my previous employer hotted up as their office had been closed for an unknown extended period due to the epidemic. I still had plans, I needed my exit paperwork for my prospective HR to make the online application for my new potential work permit transfer. I had already been informed that I needed to get a Humanitarian Visa. I paid an agent to ensure things operated smoothly and with little understanding I was able to have assistance at the Public Security Bureau in the city a few days later. February 2020 was turning out to be insane! I kept it going! 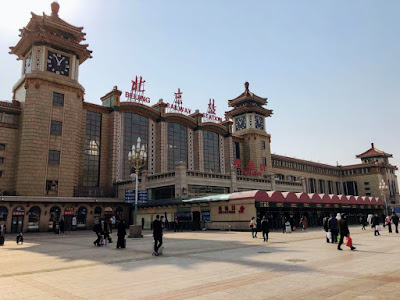 Cyndi had decided that the heat of the unfolding pandemic was too much for her to deal with by herself in Beijing, with her tickets booked I made arrangements with a friend who lived nearby. That friend helped me with a moving van and still has my belongings in their Beijing garage, they are angels. Cyndi had her reasons and as we toasted our final 'Steak & Eggs' meal it was time for us to say our fond farewells during that bizarre time. A third hotel? Yes, I had to make a further extension to my hotel stay in Beijing's Shunyi District. By the third week of February 2020 it was evident that my former stomping ground had been locked down, good and proper! I managed to have two semi-normal days out during that third hotel stay. Firstly, I was able to get my haircut and then go to the supermarket to buy some provisions that would get me by before my possible exit to the new city. I was still hopeful even though the whole of the country was on the verge of a mass lockdown and border closure. Miss Rona, don't you dare come knocking! No!

Back in May 2019 and January 2020 I had experienced severe bouts of illness, those unexpected periods of discomfort had me practically bed bound for three days each time. I was feeling fine, I had not had the mystery new influenza that was supposedly causing all the trouble. But, could I be so sure? Out of nowhere, I found myself doubled over in pain in my hotel bed. I found myself in crippling pain, I could hardly breathe! It was some kind of miracle that I found a pharmacy around the corner from my third and final hotel. I held my ribcage with much discomfort, I then made my way slowly to the pharmacy, it was a chore. In the end I managed to get some paracetamol and some vapor rub for my back. I was thankful, it was such a chaotic time! Was I experiencing the Coronavirus? Feeling better I made it into the city for one final time. I managed to see Beijing Railway Station for the final time but the Temple of Heaven remained closed. I made the best of my final Beijing outing, my breathing wasn't right. Miss Rona had infected me? 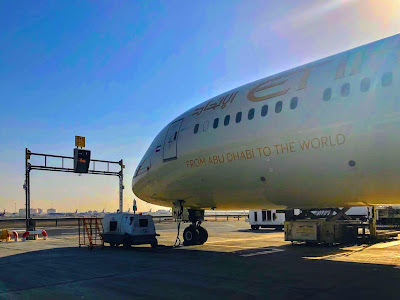 As work resumed in the offices at my prospective company, the news was delivered to me that a window of opportunity would be available for me to make the journey down to the new city. I had a new train ticket booked and had booked a car from my hotel to Beijing South Railway Station. I kept an open mind and never judged my prospective employer because the situation was ever-changing. The changing pandemic had made UK news, it was becoming more serious. I had been told a week previous to that moment that a return to the UK wasn't something to be ruled out. I stayed positive with my blog keeping me active, I needed to keep my mind ticking over because the world around was changing every hour. I was only a few metres away from my then former Foreign Regional Supervisor, her community had been locked down with only residents allowed in and out of the community. I bought some wine, I felt that an announcement would be pending, I just had a feeling. I wouldn't be mad or angry, it was going to be so. Oh, life!
With a heavy heart, it was decided that I would need to fly home to England. I couldn't control the situation and neither could my prospective company, no mistakes had been made. Booking a flight with urgency found me all packed up and on my way to Beijing's Capital International Airport for the final time for that stint. After two years and a bit, I was at peace even though it wasn't the decision or eventuality that I had envisaged being made or having to happen. I was majorly disturbed by the deserted check-in level at Terminal 3, the busy scenes from December 2019 were a distant memory. Staying away from any caffeine, I was paranoid that my temperature would exceed the 37 degree limit. Keeping my face-mask on like Valentina wanted to during that 'Lip sync for your life', I felt a sense of relief wash all over me as my Etihad Airways flight took off from Beijing, China! Arriving the next day into Manchester Airport, England, the whole month had been a whirlwind up till that point. Had it all been a dream? No!
Miss Rona, 真是个坏人!
Joseph Harrison