2020 utterly rocked my world, I started the year with a freer state of mind whilst I was still in China. In the here and now, the third and hopefully final national lockdown has been imposed on England and the three devolved nations in the United Kingdom. As we batten down the hatches once again, what did I learn from the my lockdown experiences? This'll take a long time!

Late 2019 was blessed, if truth be told the whole final quarter of 2019 was a damn knockout! From Dalian to Singapore, I then travelled for Christmas to be reunited with the U.S.A before taking another flight to England. The week that I spent at home in England was nice, I saw my Niece once again and my five month old Nephew for the first time. This might seem like a small victory but that night spent in Birmingham would be the last time I would see my former student city looking like a fully functioning second city! Destiny had decided those final steps of 2019, they were so fruitful and exciting, the night was great and the carefree attitude that followed in Beijing for January 2020 was encouraging. Would I need to apply the brakes? Would I need to switch the channel? In that moment, life was fine even if the final month of my teaching became a lot to bare sometimes, I made it work. I was on course with my train ticket in hand, I was making moves and nothing or nobody would be stopping me from doing that! OK, Ningbo! Go!
I had a few places during January 2020 that I decided at the last moment to see. After recovering from the worst bout of I don't what illness, I bounced back to spend a weekend in the city. Staying at a Chaoyang District hotel, it was like I had gone right back to the beginning of my Beijing life that started in November 2017. The Summer Palace was amazing, Yuanmingyuan Park was just right, amongst the crowds I made the subway ride along Line 13 to Wudaokou. I enjoyed the lights and the sights, the Korean food tasted good. Things seemed normal, I carried on my business through January 2020 whilst I concluded my notice period at my then working location. I was sure that my transition was going to be that smooth, I had bought my Shanghai train within good time for it to be sent to me in paper form. I wanted to make that final journey out of Beijing a smooth one, tempting fate I unknowingly had no idea what was about to unfold before my eyes! With a new adventure to embark on, I was ready for the New Year to start! Sure? 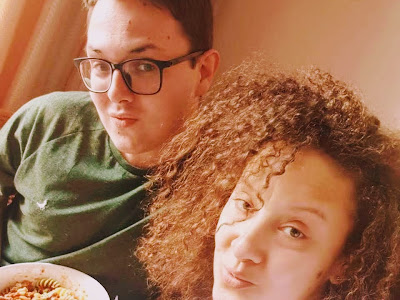 I had not long secured my papers from my then soon-to-be previous English teaching company that I was in the process to depart for a new opportunity. Being sure of my transition, I had my belongings packed up and stored at a fellow expat friends house, we had things all figured out. Or did we? The lease on my apartment had finished, I needed to move my belongings out of the apartment quick-snap. Not knowing what was ahead of me I presumed I would be reunited with my possessions a few weeks after that January moving day. Moving down the road from my former community to what turned out to be my first of three hotels. I was not ready for the peak of a much mentioned 'flu' that had caused many children from my previous kindergarten class to fall seriously unwell. I hadn't planned any holiday for that Chinese New Year, I would be sitting tight in my hotel room for around ten days. Looking forward to the rest, I didn't think all that much about the situation that was silently taking hold around me. Blissfully unaware I was, still!

During the previous Chinese New Year holiday I lived life in a different dimension, I took the plunge to visit North Korea during 2019s festivities. 2020s holiday had different plans for me. As January 31st 2020 had arrived, I had secured a safe space for my language materials to be stored. My friend Summer would help me, her husband was kind enough to take the boxes off me before I clocked out on my final day of work. He gave me a lovely bottle of Japanese whisky that could only be found in Japan, he's a pilot for Air China. Refreshed and feeling liberated, I made it over to Cyndi's apartment. We had planned to toast my new beginning and to keep each other company because she had to cancel her Bali holiday, she had lost her passport! As we sipped our whisky and ate our pasta, it was becoming quite evident that something strange was popping off in China's Wuhan within Hubei Province. I had lived there for sometime after coming to China for the first time in 2015. We had no idea what was unfolding before our eyes! 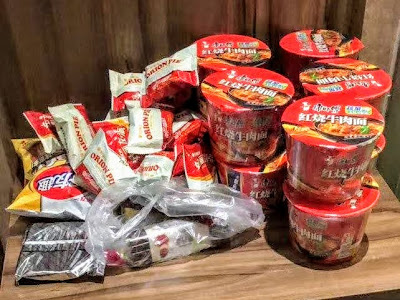 I had loved ordering things on Taobao and Jingdong before I moved out of my Beijing apartment, but I remember as plain as day that I ordered my hotel provisions last before my lease expired. I had my Chinese style 'Wagon Wheels' and my 牛肉泡面 which are basically 'Pot Noodles' in Chinese. I had a selection of drinks, of course I had bought myself a box of wine to take into my first hotel room, I would be needing that alcoholic stash during those moments! I was set, I had no clue that hotels would become my home for the next 25 days! No! Before my first official lockdown was made common knowledge to me, I made the best of the room with a carefree attitude because the year just gone had been a challenging one. Hell as sure I was not ready for what was about to happen next. I'll keep this cute, it was a professional matter that could have grown into something rather ugly. I had some paperwork to secure from the previous IHR. It was no laughing matter, things had become scary, it was a real world situation. It was B!

The first week of February 2020 had gotten real, I had to ask questions whether my move to Ningbo would be on course for the agreed timeline? I kept the faith and knew that whatever happened, I had made the right choice to change companies and cities during what would turn out to be the beginning of a world pandemic! Everything that I touch has a tinge of extra drama to it, I remained hopeful as I sipped my whisky and wine in my Beijing hotel room. Those noodles and snacks came in handy, I had my coffee sachets and sweet buns for the morning and the noodles helped keep my hunger. Delivery food became a daily requirement rather than a luxury, I had become accustomed to ordering food on a daily basis when I was in the apartment. I will be making some lifestyle changes, whenever life takes me back to where I want to be. The area that I had called home for the last year had quietened down due to the CNY migration but people had been told not to return? Lockdown in China was taking shape, things got real! YES! 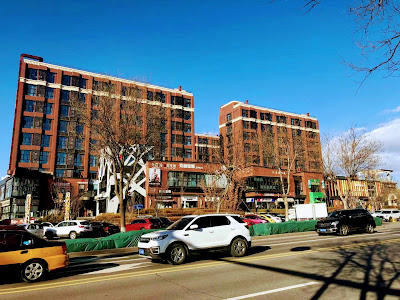 Let me put the breaks on the ever-changing situation to close in on those afternoons and evenings that I spent at Cyndi's place. Our JinDi complex had changed a lot, the gym had been there for me to try and get fit before my October 2019 holiday and Steak & Eggs! Me and Cyndi had become good Houshayu friends, we had been through some chaotic situations, to say that the unfolding February 2020 was less than a mess was an understatement. The usual buzz of the complex had been ripped away even though the wintry sky looked deceivingly summery. Only a handful of restaurants had remained open after the official Spring Festival government holiday finished. The gym locked down, well the one I used did! Staying fit during a pandemic? They did! Steak & Eggs had us covered, we knocked back a fair few tequila shots and enjoyed filled plates of American/Canadian comfort food. The teachers from the nearby international schools had been moved to online classes, what in the world was actually happening? Wild times, BEIJ!

Real talk, I had never in my life worn a face-mask before that February 2020 moment! I had managed to buy some by a stroke of luck, they had become a rare commodity due to the pace of the government lockdown that had been placed upon the city and the rest of China. I was still adamant that I would be moving on, I had my plan and I was not changing things at the last moment! No! Me and Cyndi went food shopping during one of the afternoons, we would be having a Pose FX evening with some delicious food. We took our DiDi taxi to the nearest Jenny Wang's, it was an international import supermarket that had everything we needed for our meal. As we vibed with our wine, we saw that things were changing rather rapidly, it was getting crazy. Cyndi's kindergarten had taken the decision to close their building, her classes would be moved to online settings. Blocking the noise out, we chose to enjoy our drinks and food as 2020 showed us its true colours! Oh, those papers were being worked on! A new visa for what? Corona, who..?