Part three of this blog series was meant to be the final post, things are getting senseless in the United Kingdom and for that reason I cannot keep quiet! No! The vaccine race continues with several countries wanting to finish up their phase three trials before the end of 2020! People continue with their anti-masking ways, no doubt the gaslighting impresses them? I cannot deal!

Contrary to belief, the UK's vaccine that is being created by Oxford University and AstraZeneca stands as one of the leaders in the vaccine race during this COVID-19 nightmare! Last week the trials had to be paused, due to one person experiencing adverse side effects? That bump in the wrong had people talking, frankly from my opinion it was convenient news thats been used as a diversion. There's no question the UK's vaccine trials have been together thus far, I was shocked to see that the United States became one of the locations for the final phase testing trials! Biden and Harris need to take that stateside wheel! For me I don't have any negative 'anti vaxxer' points of view, if I need to take a vaccine before going back to work in China then I will gladly pay my coins and get that injection done! My human rights will still be intact because I will be making the choice, my choice is to work overseas so the vaccine has to be something that I'll accept. Fourth post now, for real I am not messing! Best believe, I'm just getting started! Yes, C!

Let's fly east, getting things in order are the Chinese! China is currently working on three super-strength Coronavirus vaccines. From CanSino to SinoPharm and SinoVac, I have more faith in China to create a worthy vaccine before any other country in the world! Russia rushed their own vaccine, that had to be recalled for further testing, leaving China in poll position to find the cure to this deadly flu virus that has changed the world. Would I take a Chinese made virus? Absolutely, I would have one now at this very moment! The Chinese lab workers have been toiling as the months have passed, 2020 has been the year of the COVID-19 vaccine with China diligently working harder! Relations between the UK and China have always been on and off, like a divorcing couple that both want full custody of their kids! Out of the dark it was decided that a pharmaceutical company in China named 'Kangtai Biological Products Ltd' will fast track the production of the UK's Oxford University and AstraZeneca vaccine at super speed! I want it! 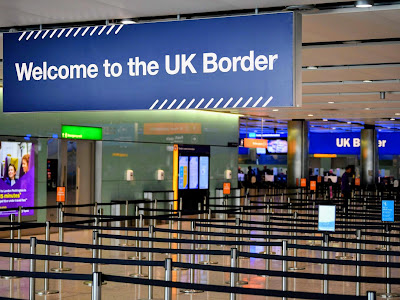 Casting my mind back to February 2020, upon crossing the UK Border at Manchester Airport, it was all streamlined and smooth. In any situation a smooth transition after baggage claim is appreciated, although I had left a silent and highly sensitive Beijing Capital as China screened every passenger who touched down on its Mainland. Why weren't passengers being tested for Coronavirus at UK airports when it was so apparent that the deadly COVID-19 neared the shores of the UK? As the lockdown continued through the Spring/Summer section of 2020, the UK government brought in their vague arrival policies. Testing wasn't a priority, quarantining was on the cards but the cabinet decided to fluff everything up, even people arriving from European nations couldn't believe the absurdly confusing rules that had been brought in by one of Boris's buddies! Whilst the UK was battered by Miss Rona, our late-responding government cared to not protect our UK border as it stayed wide open with only minor restrictions! UK, no! Over it!

On the 29th of March 2020 my lockdown life in the UK took a turn for the ultimate worst, with a heightened arrivals and quarantine process it was decided that China would close its border to the world for a few months. That news had me wondering whether my return back to China wouldn't happen? China made a plan, it stuck to its winning quarantine measures, repurposing hotels across its major city's such as Tianjin, Guangzhou and Shanghai. Within a few months it was decided that the flight restriction plan would ease with strict measures for airlines if their China inbound passengers tested positive for Corona. Their border was tight, passengers tested and screened upon arrival with all immigration and testing staff wearing full PPE. For sure I'm trying to keep the faith! Recently, foreign workers are being received back to China even though their embassies and consulates are open on a restricted timetable. And breathe! I have faith, things will resume and I will hopefully be able to return in the near future. 我好想你! Oh, China! 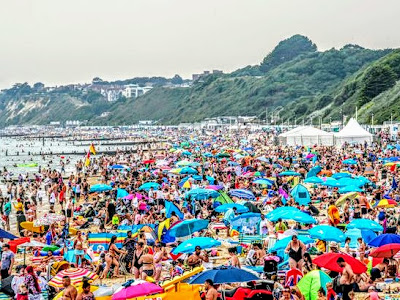 One hour of exercise per day? Come on, UK! People vastly used their hour of exercise to walk but was this a wise move to make because others applied no sense to their definition of the government guidelines. With a leader who's public speaking has had us dumfounded when we were told to go to work but not go to work if we didn't need to? Welcome to this first world nation, the island that once ruled 75% of the world in pink as a strong empire, now the nation that was scared to police the people who selfishly broke the lockdown rules on a continual basis! I heard a local police officer say 'we have been told not fine anybody if they break the rules because we don't want to be seen as the enemy!' What kind of tomfoolery is that? Baloney! Leaving my walks until the lockdown had been officially lifted made sense to me, like China we should have been in a total 100% lockdown with strong testing measures! From a bombastic empire that spanned far and wide to a dithering mess on an island a little way from the Europe!

Let's go to the beach? No, thank you very much! Did you see the beaches? Going abroad during a pandemic hasn't been impossible for some but those who stayed behind really let themselves loose! Losing all kind of logic it was a harsh truth to see the beaches bombarded with senseless individuals! Did the police do anything? No, they were in short supply and as per usual didn't have the authority to support each other. Eye roll of the century! Great Britain? A Great Disgrace! As August made an appearance it was apparent that we were been lured back into participating restaurants for a government backed scheme called 'Eat Out To Help Out!' A major success until it was slammed back into our faces in September when the participating public have been blamed for spiking cases! Hancock had the gull to blame young people, not every young person acted the fool during this gov backed scheme! If it was the youth of the well to do, money certainly didn't buy the elite students of this country any common sense! No, none! No! 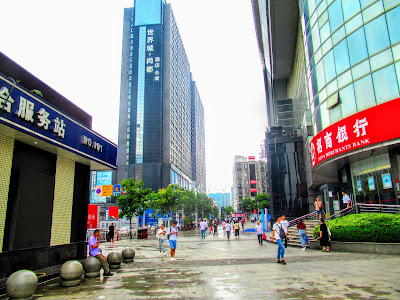 Before this mess the city of Wuhan had just been a city that I had lived in, the first city that I worked in China from 2015 to 2017. When I was told at my previous school to sign a form to say if I would be visiting Wuhan during the 2020 Chinese Spring Festival I was in disbelief. I had no plans to travel because I had secured a new job in a Southern city near Shanghai, I was all about moving on. Since leaving Wuhan in 2017 I chose to revisit the ever-growing Hubei provincial capital city in 2018, as that visit was coming up for two years I was like 'it's time to go back to where my China journey started'. Like with Beijing, I shall return to the country's capital in some years after leaving to gain peace of mind like I did with Wuhan in 2018. One thing led to another, I was in total disbelief as to what was unfolding in Wuhan, my emotional connection to that Central Chinese city was at the forefront of my mind as I sat in my Beijing hotel room. My thoughts were with the stoic people of Wuhan, a city that had to fight! 武汉, 加油! 爱你们! I do!

One thing led to another, it was the right choice for me to return to the UK in February 2020. How the UK news sensationalised the news about a pool party that took place in Wuhan a few weeks ago, the city's young deserved a party after the 76 day lockdown that the city powered through. Trading the UK's one hour of exercise the Wuhan City citizens exercised at home with their family in their apartments, adhering to the guidelines that had been set by the local and central government. It was such a blessing to see the city of Wuhan being lifted out of its lockdown as the UK was in the depth of its own, the connection with Wuhan will stay with me for as long as I shall live because it was the first place that I made a life in China. To see the city return to normalcy has been another blessing, schools started back with full support and the youth kept their masks on, unlike those in the UK. No country is perfect but Miss Rona hasn't played games, populations must come together and do the right thing. 我们是一, 我们是世界B!