Category is drag extravaganza! Drag can be found in many situations, styled to fit within the mainstream and some not so much. Drag Race made it across the Atlantic Ocean to the UK for the first time in 2019 with a bag of what? Soap star realness? Yes! From the piers to the ballrooms of New York City, drag is an art form! It's time for part two of 'Life's A Drag!' Let's go! 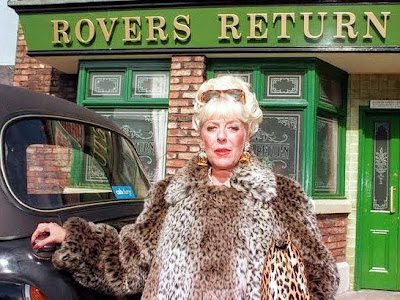 From as far back as I can remember I have been watching the likes of Coronation Street and Eastenders, also Emmerdale. Britain's soap operas always had that leading lady, showcasing looks dripping in jewels with outrageously glamourous hairstyles that were all the rage! Bet Lynch was a little bit before my time but I have definitely watched some of her scenes when she was behind the bar at the 'Rovers Return' pub. Going down south to London, EastEnders also served us more bouffant dos and fur coats! With her earrings lasting for days, Pat Butcher gave the biggest queen a run for their money, those jewels were always shining bright! Through the years the look of a soap star diva has changed quite a lot, the hair isn't closer to god nowadays but looks are still thrown together. Sharon Watts has evolved with her many looks, Letitia Dean admitted she serves us drag with her larger than life blonde hairdos! On a recent Enders lockdown edition, Tish said that she drags up when she's Sharon! Sure, I'm living for this!
Drag doesn't just have to be a man impersonating a woman, looks can be turned by any human being however which way they define themselves. We say its all about a category, a look thats been put together with commitment! Could acting be seen as drag? I am sure! When I think about a role that's been executed from Coronation Street I'll always think about Deidre Barlow, with her ever-changing glasses she always used them as her trademark piece, that was her drag. Back to EastEnders, it's no secret that the leading ladies within the square area all about those leopard prints, they wear it well! Kat Slater, for however many years the role has been played there's always a reference of leopard print whenever she's causing a commotion within Walford. I am sure that many more characters will serve as soap star drag icons, serving their looks that give us another dimension as to what drag is. Who else said 'Get Out of My Pub' better than Peggy Mitchell? Remember what Lady GaGa said 'Don't be a drag, just be a queen!' Work! 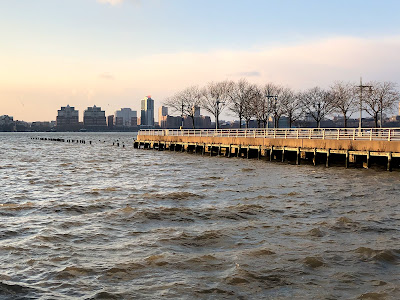 From the piers to the ballrooms, the category could have 'Femme Queen Realness' or for someone who was definitely 'Serving Body!' The streets of New York City stayed mean but we saw in 'Paris Is Burning' that the house mothers and their children walked in their pumps with pride, walking along those piers like the legendary souls they were! Let me backtrack, Pose FX came into my life with nothing but love! A drama that served 'Voguing' extravaganzas with a sucker-punch of reality in the next breath. It wasn't always about all that glittered and shined, Pose FX followed the members of the ballroom scene who were facing the rise of the HIV-Aids epidemic. Throughout all this drama has stayed true to its roots, after watching 'Paris Is Burning' for the second time I could definitely see people who had been emulated in the series brought to us in this modern day. Going back to New York City in 2019, I knew where I needed to go! New York City had a divine plan for me to see Pose FX before I flew stateside! Yes!
During the early parts of season one of Pose FX, the piers were featured quite a lot. Knowing that I had one chance to pay my dues, I headed down the High Line from Hudson Yards to find the Christopher Street Pier. Taking my time I captured a photo that I saw as fitting, blending with the footage shown in the series, Pose FX. Learning about Marsha P. Johnson also broadened my drag knowledge, just off Christopher Street I found her memorial near the piers. How she became the trailblazer during the Stonewall Riots. On the night of the Stonewall Riots it was said that the impact of Judy Garland's death had given the patrons at the Stonewall Inn the fire to rebel against the police raid, becoming the first known march and protest for Gay rights, how does this all come full circle? It doesn't matter because all the places that I have mentioned embrace the essence of drag, to march to our own beat in a garment we chose and approved, living our truth as we navigate life. Now, that's what I call real drag! Season 3, OK! 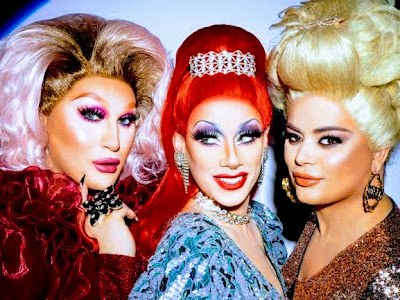 It was long overdue, it was correct and then it was confirmed that the UK would get our own version of Rupaul's Drag Race in 2019! Snubbed by four of the five terrestrial television stations, the BBC came through big time, embracing Rupaul's Drag Race UK on BBCThree through their online platform! Mama Ru and Michelle Visage brought their format of the show from the U.S series with Alan Carr and Graham Norton as their UK ambassadors and co-judges. Ten queens hailing from with the UK made Drag Race herstory! Vinegar Strokes brought her London vibe with a serving of 'Hodge Podge' realness! Sum Ting Wrong from Birmingham made it right! Gothy Kendoll gave us a big 'ROAR!' Scaredy Kat aced her very first gig as the 'baby queen!' Crystal changed the game with her East London look! Bringing Essex, Cheryl Hole longed for the girl group challenge! From Belfast, Blu Hydrangea wanted N.I marriage equality! Hold on, where was the Welsh queen? The Vivienne was born in Wales! A Scotch queen for series 2?
Making it to the final of the first series, three queens worked hard to impress Mother Ru and Michelle Visage. Baga Chipz gave the country West Midlands charm on a budget, she represented her home county well with razor sharp wit and humour that made things 'Much Betta!' Not just a 'red wig and silver dress', Divina De Campo brought 'Brighouse' to the competition with no apologises to make, her experience shone through! Taking the crown, The Vivienne' from Liverpool gave Snatch Game a run for its own coins with a killer 'Donald Trump' impersonation. As if the season wasn't enough of a breakthrough, after the initial airing date the series made it on prime time! We've got that RuPeter Badge! A WOW Presents series is better! Miss Rona wanted to take part so much so, she forced the filming of series two to temporarily stop! I have every confidence that UK's Drag Race will live to see another day! Drag truly comes in all shapes and sizes, with colours that can be limitless because that is just so! Hodge Podge!
Miss Rona...  'Sashay Away!'
Joseph Harrison