China is a vast nation, I have so far ventured to its far Northeastern region many times. From Harbin to Changchun with a weekend spent in Dalian, it's not just about the freezing weather! No, many things have surprised me during my Northern adventures near China's section of the Russian border and the shores that meet the Yellow Sea. 大量的秘密! Many Northern secrets! 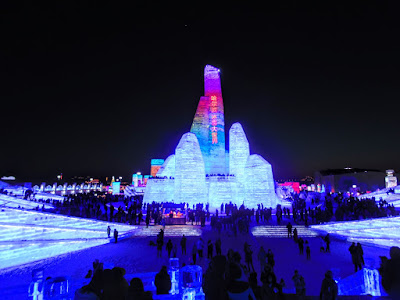 February 2017 brought my second Chinese New Year holiday, with 2016s festivities spent in the Greater Bay Area in the south of the country it was time to go as far north as possible. With the former Russian city of Harbin in China's Heilongjiang Province, I was not ready for the minus 25 degrees temperature! The flight allowed me to see an ocean-like wave of holiday fireworks, it was amazing to have seen such a sight! Warding off some taxi drama, I bedded down for the night in my hostel in central Harbin. Getting to Zhongyang Street allowed me to find out that Harbin had formerly been managed by Russia, the Russian style bakeries served me some great cakes and I found a chocolate that tasted better than the domestic choice. Before my eyes I had stumbled upon a winter wonderland, the Songhua River had frozen over in the sub-zero cold, allowing for many activities to be enjoyed on the frozen river. Beyond freezing, I lived for it!
Taking a day tour the day after I had some time to explore the city by myself, before that allowed me to find St. Sophia's Cathedral, now an art gallery that depicts historical exhibits of how Harbin looked during its golden age as the Paris of the East. Famed for the 'Harbin International Ice Festival' and the 'Harbin Snow Sculpture Festival', I made it to that far off Chinese city to see the artistic exhibits with much excitement. Wanting to be 'Tiger King' for a moment, I saw some Siberian Tigers at Harbin's Siberian Tiger Park. Joe Exotic and Carole Baskin were nowhere in sight, I need all the laughs in my life right now! Low and behold it was time to go into the deep blue as night fell on my final evening in Harbin for the Ice Festival to see the famous carvings. With my guide it made accessing the exhibits easier, the Spring Festival crowds were out in their droves! My camera began to shut off because of the intense cold. Capturing my photos had to be done quickly because each time my hands were exposed it was hellish! No cold will break it! 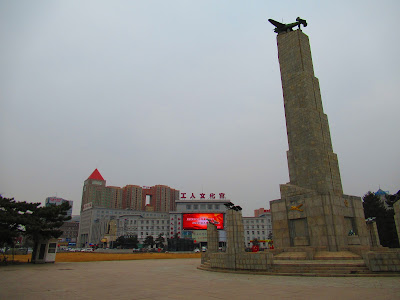 Rewinding the clock back to 2017 feels necessary right now, with only seven days to play with for my Spring Festival holiday I had choose to between either Shenyang or Changchun because of time constraints. Both freezing cold I had to make a choice, for that trip it had to be Shenyang to secure my train back to Wuhan. In my heart I knew that after migrating to Beijing I would make the shorter journey back up to see Changchun without a seconds thought. Arriving into Changchun during that cold Spring time morning during 2018, I made my way to People's Square to catch my first glimpses of the city's Japanese and Russian architecture. Going underground I found the Museum of the Imperial Palace of Manchukuo, formerly home to China's final emperor, Emperor Puyi. Some shady business went down with the occupying Japanese forces. It was all very interesting if not a little dark! Changchun might be an underdog, I chose Changchun for that very reason! It had me in my feelings! Oh C, that was the juice!
Taking a little break in my hotel after check-in to rest, I was feeling fresh by tea-time. Heading back towards People's Square I found a great little Japanese place that filled me up before my evening drinks! Finding Panda Club by random I had a great night out, getting those moves right I enjoyed my night for me and nobody else! Where were those drinks coming from? Drink up, Joseph! Feeling very tender the next day, I didn't want to waste time sleeping my hangover off! Heading towards Culture Square, I was sidetracked by one of the 'Eight Departments of the Manchukuo' built by the Japanese after they took power some years ago. Culture Square showed itself to me, the roadworks played havoc but my Chinese map reading skills led the way to the correct location. Last but by no means least I concluded with Changchun's South Lake Park, the cold and crisp conditions allowed me some lovely frozen views. Waiting a little longer to visit Changchun was the right decision, it was all meant to be. I love China Northeastern region! 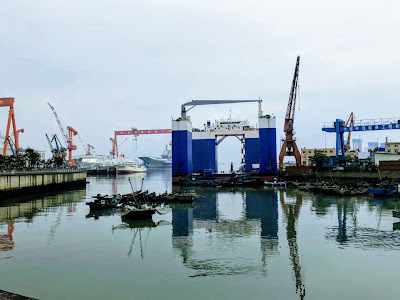 Taking off from Beijing's Capital Airport during the nighttime gave me the feeling that my Dalian Mid-Autumn Festival trip would be about the twilight. Located within China's Liaoning Province, famed for its seafood I already knew that port-side city would have some dockyard realness to be served. Formerly linked to the Russia, the Russian Style Street had me looking for the same chocolate that I had first stumbled upon in Harbin, knowing more Chinese I was able to bag a bargain! Looking for a Russian doll and scarf for my language materials had to be done, just because I look different didn't mean I was going to be taken for a fool, no way! Feeling hungry, I tried my look to find some European food to stick with the Russian theme. Consulting my 点评 APP, I chose 'Friday Russian Restaurant'. Reconnecting with some good western food, I definitely indulged myself, being a holiday weekend I started on the sauce with a few bottles of Балтика 3. Would that friend need to be cut off? Unfortunately, it wasn't to be. I needed clarity!
Finding Dalian's Xianglujiao Xinhai Wharf after walking for an age was such a treat, industrially perfect and just what I had in mind, I was impressed with that Dalian dockyard. I wasn't into the shopping, it was all about the port-side view that I wanted to take in to the fullest. The second day I kept things chilled, let's just say I got myself acquainted with the local crowd, that was definitely a delightful choice. 东北男人装备精良! That night I followed the address provided to me by that former friend. The bar roughly translated into 'Sky Blue Bar' in English. I met some interesting men folk during the first night but it was a sedate affair with a fair few beverages consumed. Relaxing to the max the following day with a McDonalds, I returned to the same bar with bad intentions. Meeting a new friend I was introduced to a new bar, the show was out of this world and the queens of Dalian in that bar were so friendly and gracious. China's underground rainbow scene amazed me in DLN! Like Changchun, Dalian served feelings! O!
Big Up China's Northeastern Corner!
Joseph Harrison