During a recent unplanned walk near to my parents house in Bilston, England, I saw two ordinary sights that had me thinking about my primary and secondary education. Ranging from 2000 and beyond, the educational journey that I went on wasn't easy but it cannot be changed. My thought process for the blog was that it's been ten years since I started university in 2010. 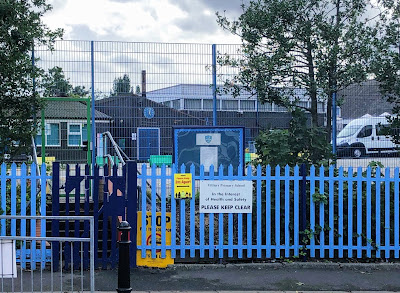 My primary education was a journey, a very bumpy road that consisted of three schools in two different parts of the country. I have hazy memories of my first school that was in London, I did get shouted at for biting a boys ear, to be truthfully I wasn't sorry, I liked it! I swear I was good apart from that! Moving to Bilston to be closer to my Grandparents and Auntie's had to be the one, with that move me and my Brother started Villiers Primary School. From what I can remember I did not enjoy those formative years of my primary education, I wasn't bullied but I felt like I couldn't cope with some of the work that was given to me. I thought 'who' was spelt 'how' and the other way around, the class sizes were too large to accommodate for special needs and if I was honest I wasn't like any of the boys there, nor did I want to be! I don't think! With awful school meals, I remember being escorted from a classroom to the sports hall because I didn't like my chutney sandwiches, feeling physically sick I wasn't pleased one bit! I was not!

Fast forward a few years, the headteacher changed at Villiers and from what I can piece together, she wasn't the one for the school in my family's eyes. It was decided that me an my Brother would move to another school. Holy Rosary RC School was my final primary school from year five to year six, I found myself attending mass on a regular basis and if I'm honest that was just for the benefit to get into my then secondary school, closely affiliated with Holy Rosary. Making things up I had to tell a few white lies in the confessional boxes, I have never sinned in my life! I didn't really understand the whole religion part, whereas my Mom got right into the whole going to mass routine. Me and my Brother played the game by going to mass so we could stay at our Grandparents at the weekend! I met some rather foolish people in my class, my current adult self would pity them because their juvenile sense of being wasn't becoming of them at all! Those individuals didn't matter, I was going places and fast! Reclaiming my time! Very that for sure! 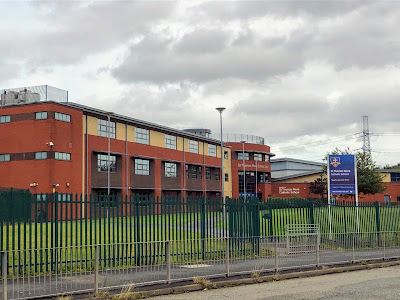 September 2003 put the cat amongst the pigeons, my introduction to secondary school was scary and for the best part of the first year I was subjected to some targeted bullying, one of the individuals happened to be a friend who I had known closer to home. After the bullies stopped it was time to people watch for the gods! I didn't talk much in class but as sure as hell I did listen and for that fact Jeremy Kyle had his next generation of guests waiting for him! I applied myself to my studies as best as I could and if truth be told I associated with a group of people who were in the misfit group but I always knew that I was the leader of my own tribe! It was reductive to see the popular crowd, they thought they were so very clever and cool whilst it was a sin to be applied to your work and not fussed by their idiocy, I'm telling it like it is for this one time opportunity. I lived for cooking class, I made upside down pineapple cake and also sweet and sour chicken. I found refuge in French, I loved learning with Ms. Pursehouse as my teacher.

I found that people were victimised for being different, let the freaks be unique and those plastics stay in their lanes, I didn't have time for foolery. I knew I needed to get my head down, the day done with and then I could go home. P.E? I was a good natured student all round but don't make me play sports, I didn't care that it built communication skills and helped broaden team-building skills, I asserted my distain for physical education to the fullest! My five years at St. Thomas More Catholic Business & Enterprise College went by in a timely fashion, my GCSE's brought the challenge, I needed three C's to progress onto college. I got my French but a D in English meant I returned as a Sixth Form student in 2007 for one year. I got my C and a double Merit grade in my BTEC Public Services. I had done my time and finally blossomed in time for those final Sixth Form photographs, I had lost my puppy fat and had even got a golden tan! I learned Japanese on Wednesday afternoons in Wolverhampton, I was finding my feet. Go, me! 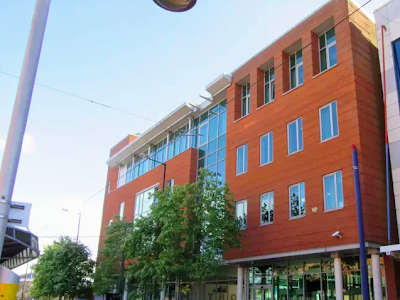 No longer tied to school, I chose to attend my BTEC Travel and Tourism Level 3 course at City of Wolverhampton College. I felt a sense of freedom as the campus stood in the centre of Wolverhampton's city centre, I had my bus pass and the rest was history! The first semester was a test but when I realised that I could attain those Distinction marked tasks, there was no stopping me, I got those results that secured my place at University College Birmingham in 2010! Holding the breaks before I experienced 'Freshers' because college allowed me to grow as a person, I did encounter some 'mean girls' but where are they now? That extra year at St. Thomas More had served me well, I was not playing games! I found my friends and enjoyed every module that was put in front of me, it was a joy to attend a class that I actually cared about. Gaining that sense of independence was the key, I got the bus by myself because up until that point I had lived down the road from my secondary school, I had unbuckled the chains!

Going to Edinburgh, Scotland for our 'Residential Study Visit' was just the best, some years later as I look back on my educational experiences I really understand how daunting that trip seemed at first, during the last eight years I have flown all over the world and have worked overseas without thinking about it today! I was finding more things out about myself that I could definitely live with, I connected with Jade Victoria Lee because we were unapologetically the odd ones out for all the right reasons, we knew that we didn't need to be a Holly or Sadie to make it in the world! Tashalee came from Jamaica, she left her daughter behind to study overseas, I had the chance to meet people from all walks of life on my course, it was an experience! The lecturers made the two years so much better, they knew their stuff and had all worked in the travel field. I was learning to be me, it had taken a long time to realise but listening and staying quiet at secondary school paid off well, I was on the right track! OK, Wolves College, you can stay! 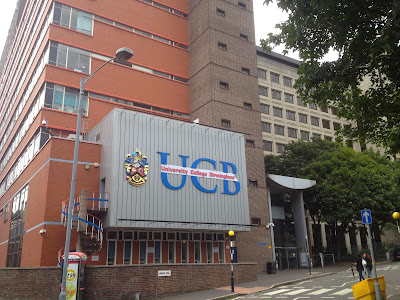 Ten years ago I was getting myself prepared for the pinnacle to my educational journey, I had rightfully secured my triple Distinction grades to then get accepted at University College Birmingham. My BA Hons Hospitality and Tourism Management with Industrial Placement was the course that I had wanted, I had the UCAS points and got my offers in check! That primary school haze didn't matter, I had succeed by getting through all of that mess unscathed with a fire inside, I was ready for the real chapter, I wasn't ready to play any games! University wasn't my first choice but it was the natural thing to do because who doesn't love to have a good time and get a degree at the same time? I was up for all of the trappings, I kept those specials under probation, of course I was ready to let loose but I kept those grades checked and in the right place! Moving into my halls of residence next to the Mailbox had me feeling all kinds of scared but without doubt those nerves vanished pretty quickly! Did I see Southside? The Vengaboys?

Keeping those studies in check, I wanted to dance forever but I found Birmingham had me looking for another beat! No questions, I knew what I wanted to do and now I know why I enjoyed biting that boy at school back in the day! Ain't nothing wrong with that in the right situation! Life was great and it still is, as long we work hard, nothing can ever stand in our way! Taking a ride around Birmingham allowed me to put all those years of being on the sidelines, only scraping by, it was liberating beyond belief to accomplish what I actually wanted to! It wasn't all about Birmingham, during that first semester I aced my Walt Disney International College Program interview! I worked in Orlando in the Summer of 2011 for three months! With a forty-eight week industrial placement on the cards, would I be checking passports across the Hudson River from NYC? That 2010/2011 semester had me living my best life for the first time! It was about bloody time! No regrets, no mistakes! Who's laughing now? Frankly, I'm a winner!

Hey! I Will School You! 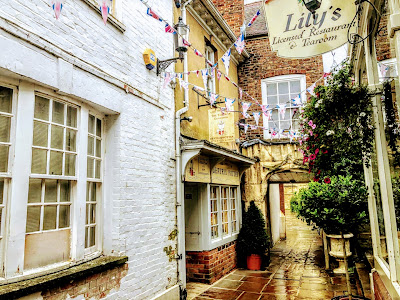