2020 hasn't been kind at all, it's thrown me into a whirlwind of uncertainty and has turned my once settled life in China upside down! With two UK overnight trips planned out and paid for I wanted to fly away to Spain's Costa Blanca for a cheeky weekend, I wanted a bit of Benidorm! Little did I know that Spain would be locked down! Unfortunately, no Jet2 flight to Alicante! 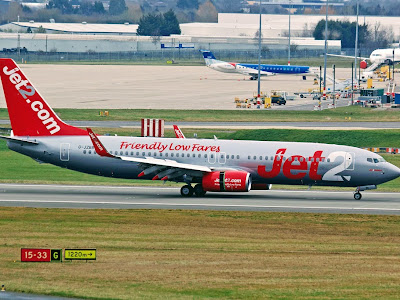 OK, I had had a few drinks at my brothers house after getting back from my exit flight from China when I felt the need to book a little weekend away! The previous month had been filled with bureaucracy and hotel confinement, all I wanted was to jet away to Alicante to soak in some Spanish culture, tapas a bit of the other! Booked it, packed and I was all excited to go to Spain in under three weeks time at that point in early March 2020. I had planned to stay in Old Benidorm with easy access to more authentic food choices, making use of the tapas and cobbled streets opposed to the bright lights and 'Brits Abroad' nature on the strip, I was ready to be cultured for a little bit anyway. I had had a lot of time in my Beijing hotel room to watch 'Bargain Brits in the Sun', a documentary series about Brits living their Benidorm dream. I was so fed up of that Chinese quarantine, how I tried to use my return as a positive thing but Corona wouldn't let that be. It wasn't going to happen after the news came out about the borders closing. ¡Dios!
Checked into my flight, I printed my boarding cards along with pre-ordering a breakfast for the outbound flight to add something different to my ever-growing 'Flying High' blog series. Prepaying for the accommodation was a choice I made, it was cheaper than paying on check-in, that was a choice! I had my itinerary all planned, I was going to be spending three days in resort that would allow me to see Alicante, Benidorm and Altea. The documentary series had me excited to see the Levante Beach as it had also been featured on the hit ITV series 'Benidorm'. In my home country and with the Coronavirus situation being taken care of in China, the faith that my return to England would provide me with some downtime was a momentary comfort. 2019 had been such a fruitful year for my travelling efforts, I wanted 2020 to have the best start considering the wave of shade I had been thrown so early on into the year! Yes, I wanted the food and sunshine, yo quería a esos hombres! I wasn't the only person who was in a situation! 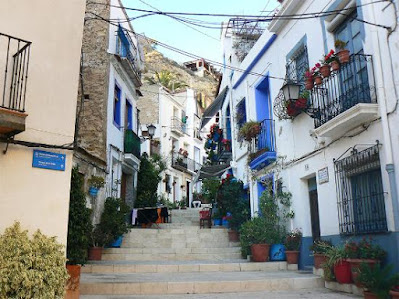 After completing my overnight trip to Nottingham without any hitches I still had faith that the Coronavirus wouldn't put the UK or Spain into any form of chaos, the resorts of the Mainland of Spain continued as normal without a care in the world those flights made their round-trip flights from Birmingham to Alicante without stress. Blissfully unaware I used my downtime before my then planned trip to Sheffield to make my Spanish weekend itinerary. Choosing to spend one day in Alicante to see that port side city, I wanted to see something cultural and cosmopolitan. I discovered that the Alacant Tram connected Benidorm with a whole host of nearby beauty spots! The Castell de Santa Bárbara, Explanada de España and old town surrounding Casco Antiguo were on my Alicante sightseeing list, no mistakes! Keeping the budget small was the one, the cheap eats would be great to scout like I did in Tarragona. I was excited! I will keep this plan intact because I have every faith that I will make it to Spain in the future. Damn you Corona!

Staying within Old Benidorm I was looking to enjoy some local tapas and wine, the full English breakfast could wait because that part of town deserved me trying a few cafe con leche y churros! Plaza Santa Ana would have took precedence, that view would have allowed me to see from far and wide across the Mediterranean Sea. Like a prayer I planned to take notice of the Iglesia de San Jaime y Santa Ana. Getting down with the nightlife I was planning to get nasty, I knew what I wanted to find! Altea had a plan for me to wander around its winding streets, I was looking forward to getting my 'Alacant Tram' on! Back to Benidorm, I wanted nothing more to enjoy a few Euro pints along the strip overlooking the famous Levante Beach, for the nighttime I wanted nothing more to see some cabaret along the bar street, where was Sticky Vicky? I had all my blogs planned out, everything was in place, I even had my taxi money secured for my flight. Miss Corona was about to strike! Si, esa perra! Yes, Rona is the bitch of the moment! ¡Termina esto! 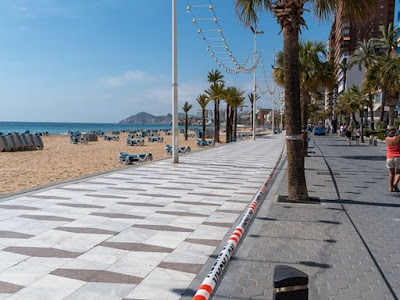 Something told me that it wouldn't be wise for me to convert any of my British Pounds into Euros, I felt that something would happen but I wasn't expecting what actually happened! Around the 15th of March the Spanish government announced Spain would go into a 15 day precautionary lockdown to fight the suffocating grip of that Coronavirus, it had followed me from China and had effectively cancelled my weekend break to Benidorm! I wasn't going to let this dampen my spirits because 2020 already had me back in England against my will. I focussed on getting refund from my prepaid non-refundable room in Benidorm's Old Town, the property didn't want to know so I took to Twitter to bring my grievances with their media team. After a short wait I got my non-refundable hotel coins back! Jet2 pulled through with a refund issued for my flight, I needed to wait 28 days for that check to come on through! In the end I had all my money refunded back to my bank account, for that I felt much better! No Spain though!

It was crazy to see the Brits who were in resort within Benidorm's own 'Little Britain' as the iron curtain the tourists made their last orders with four drinks at a time. The Spanish police had their work cut out as the Brit loving tourist town had to be locked down! I saw some hilarious footage of a gaggle of Brits who told the camera that having a beer would make everything better, happy days? I wasn't going to freak out because the seed had been planted for a Spanish return later in the year if I had my China life back together, that Miss Corona can sashay away! I know that looking towards Benidorm, Alicante and Altea wasn't a mistake, I'll be having that roast dinner on the beach with a pint of cider in the future! I know this pest will stay with us until its good and ready to leave. Miss Corona has got stunted but she's not won, she has given me more planning time for that regreso épico! ¡Esto es real, me estaré preparando para que esa perra muera! ¡Señorita Corona, estoy hablando de usted! Yes, I meant every single word! Oh!

Miss Corona, Get The F**k Out!