It's no secret that during Seoul's after hours period it can get crazy, only experiencing the weeknights during my 2018 Golden Week left me wanting much more! Celebrating the birth of my first born nephew, I booked a return flight and a bed in a hostel for my birthday weekend to Seoul, South Korea! Only packing my rucksack, I took off, bound for the lights of Itaewon! 날기! 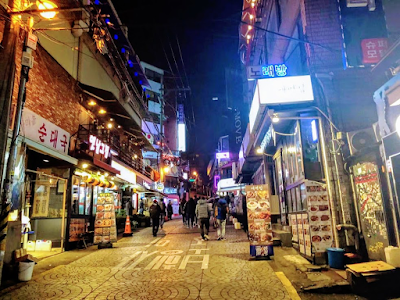 Landing with a wild plan, Gimpo Airport greeted me with a friendly welcome after my years absence from South Korea. Not going to lie, it felt mighty weird to be standing in Seoul because the last part of the peninsula I had been in was the DPRK. Hitting the Seoul Subway, it didn't take long before a sea of gorgeous South Korean menfolk were in my sights! Itaewon grew ever closer, a foreigner friendly enclave within Seoul's buzzing city scene that had a colourful hill that I planned on returning to that night. Checking into my G Guesthouse hostel dorm, how the walk from the station had me all nostalgic, I never realised until that moment how much I had missed the uncomplicated cool vibe of that South Korean sub-district! With things feeling correct I headed out for food, I needed to prepare myself for the nights antics that lay ahead of me. No sweet talking, I was on the pull because those guys had me feeling excited! To be based in Beijing for this time period near Capital Airport made things effortless! I was at one with Seoul! HBD!

Walking down memory lane, I found the same place that I had enjoyed some pre-session food back on the first night that I was in Seoul in October 2018l! Getting my chicken tikka goodness devoured, I ensured I would be able to be consuming those beverages and then some! Zaffran served me the same honest Middle Eastern food, not costing much I was still quids in for those drinks on the hill. I was feeling all kinds of love for Itaewon and Seoul itself as I walked around the hilly commercial centre, those winding streets with their Korean signs had me in the right space! Beijing being only a short flight over the sea, I had to take that chance! The random decision to book those flights on the night my nephew was born was the right choice, Owen knew it was the right thing to do! Having only been in Seoul for around three hours or less I was living my very best, I was high on life during that early evening moment before any drinks had been seen off! In the land of a certain liquor, damn right I needed my first grapefruit Soju! Yes! 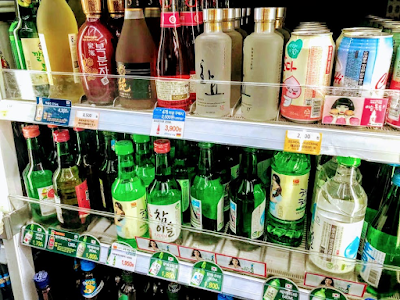 Walking into the same convenience store that I had before on that fatefully amazing night back in 2018 had to be in my 2019 return! Big up GS25 in Itaewon, Seoul! Heading straight for the booze, the fridge filled with alcoholic drinks had to be my destination! Getting my first Soju with a grapefruit flavour was my chosen tipple, I needed that drink! Handling the Korean Won felt mad, everything is in thousands and in China I use mobile apps to pay for everything, so I needed to be extra mindful with my money. That was before the booze hit! I had money to spend up! Getting back to the hostel, it was time to make myself look fresh for the night that lay ahead of me! Suited and booted with my H&M black over-sized tee, skinny blue jeans with my black boots to complement the look! 29 was feeling damn good, not stressed by that extra number I was ready for Seoul's Homo Hill to serve everything to me and much more! Being early I still wanted to get everything started! For me it all about experiencing things at the weekend. Ready?

Hitting the first bar, I figured out people didn't surface till 1 am, I realised fast that I needed to run the night by my own rules! Heading over the road, I returned to 'Always Homme' to recapture one of those places that I had visited first time back in 2018, it felt removed and if truth be told I wanted to run to the lights of the bar over the road. Finding a seat at the bar inside 'Why Not?', I changed my drinks from beer to something stronger! The Long Island Ice Tea got me in my stride, followed by a Pina Colada or two that got me in the mood for dancing! Homo Hill was popping during that late night moment, it was difficult to see women because 99% of the custom was made up with men. Those Korean beauties were looking mighty fine that Saturday night! Was I looking for some fun that night? Had I got on plane to a foreign country outside of China for just a drink? No, I knew what I wanted to do! The drinks were going down well, the North Korean moisturiser I had on got me serious compliments! Did I look 23, for real? 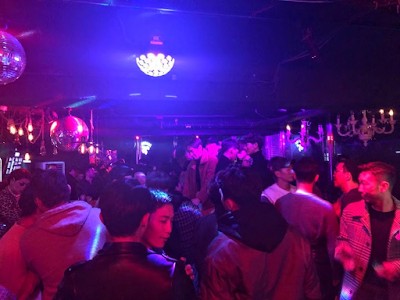 ID? In my four and a bit years of living in China I had never ever been asked for any form of identification! Not even in Beijing! Thankfully, I managed to find my provisional driver's license in my bag, disaster averted for sure! After successfully gaining entry into 'Queen' it had to be another Pina Colada! The guys were looking fine, little did I know I was getting my life before a K-POP storm! South Korean queens filled into 'Queen' without any warning as the music changed from western to the camp choreographed anthems of todays Korean music icons! I got myself onto the raised platform to dance alongside the flaming hot talent, those Korean queens knew the dance routines to those hit South Korean pop jams. In a pleasant state I danced along to that catchy beat as if my life depended on it! Even if it was for one night only I was going to enjoy every moment! From touching down into Gimpo that afternoon, it had all been amazing! Seoul gave me life, I knew that Owen's birth had given me the right occasion for the weekend!

Knowing that the drinks had been consumed for the night, also I had danced for a respectable amount of time, but I knew one more venue had to be frequented before calling it a night! Going into the dark, I wasn't going into the unknown because I had played tricks there before. Knowing what I wanted had to be known, the weeknights had been quieter so I had the pick of the bunch and it wasn't like the venue I had been to recently in Singapore. Nevertheless, I knew the night would bring the right stuff for me and all of that debauchery. No shady business was going to go down, no poor choices that time because I had my head together in that darkened moment. I enjoyed those close twilight interactions but knew deep down I had gotten my fill. Hyundae Spa, now I wanted to stay but I knew I'd need to be catching that flight in a few hours! Making my way back to my hostel, I needed to sleep before the sunrise. I had a flight to catch later that day, I had to keep some kind of consciousness! Making my Asiana Airlines flight to Beijing, on-time!