To experience Pingyao's Ancient City I chose to spend the weekend in the nearby provincial capital of Shanxi Province, Taiyuan. Like when I visited Shijiazhuang, I smartly left work with my bag, making my way to the train station. Leaving after work on a Friday I headed for Taiyuan City, the speedy train got me to Taiyuan in under two hours from Beijing! I knew where to go... 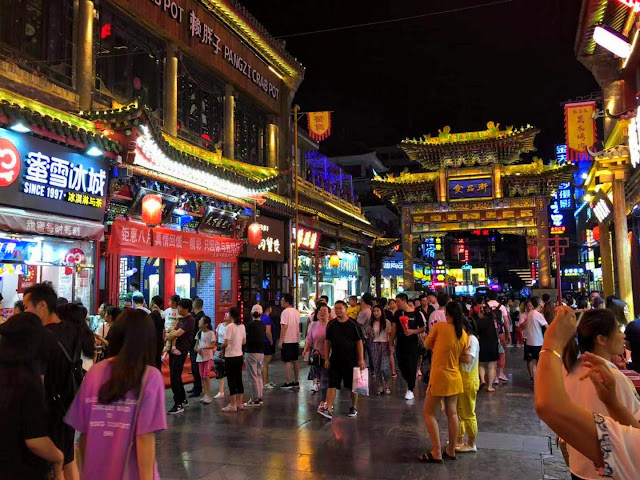 Arriving at my hotel late on that Friday night saw me check into my room without any issues, with no energy left and with an early pickup the next day I bedded down for the night. Fast forward to being dropped back off at my hotel after my Pingyao trip that Saturday, I needed a short disco nap/rest before getting ready for my unexpected Taiyuan night out. Consulting my go to app for a little bit of wisdom, I connected with a local Taiyuan guy who was home from his students in San Francisco, USA. Giving myself enough time to get ready, looking and feeling fresh I headed out to a food street that had caught my eye during my pre-trip research period. Mao'er Xiang (Alley) presented some serious lights, smells and questionable traditional Chinese architecture, I didn't buy any snacks because I wasn't into them at all. I was more present for the hectic nature of that street, people were out for their evening meals. Taking my photos it was nice to feel the energy and hype of Taiyuan's night scene. Oh T, 兰州拉面! Saturday night, ready!

That helpful soul from my trusted app had changed his profiles tagline, asking for any recommendations for any bars of a certain kind in the city of Taiyuan. That Chinese student had got into contact with a barman at a local alternative nightspot, securing me a WeChat number for that person allowed me to co-ordinate the location and to find further details about that elusive sounding venue. I was feeling cautiously excited! When in a new city, I believe that taking one risk or two eventually leads to a good thing! Pausing for some sustenance I didn't want to waste my money nor time, so I chose to have some simple food at a Lanzhou Noodles no-frills restaurant. My delicious serving of 土豆牛肉饭 tasted consistently lovely, successfully filling a space in my stomach in-preparation for some evening beverages. Securing a taxi through Apple Maps allowed me to be on my way, I had somewhere to check out before that secret location. T, I'll live for China's smaller provincial cities! Living for my Wuhan-ness! Yes! 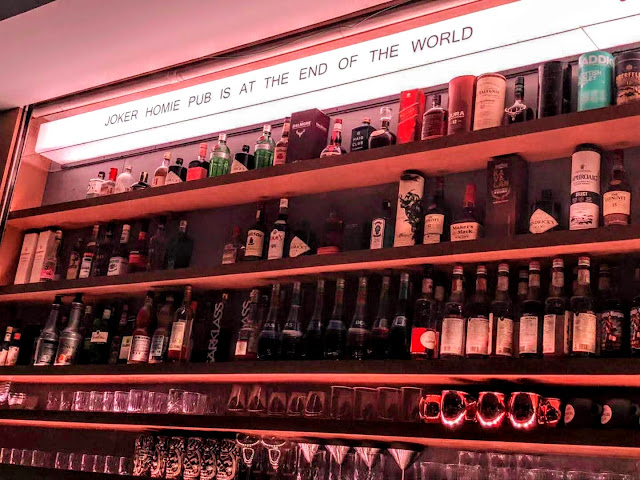 Taiyuan's brand new looking skyline was beautifully lit up with a million lights, another city developing in the shadows of the China's large modern metropolis's. With an evening/night that I didn't to waste spending in my hotel room, I had done further pre-trip research before heading to Taiyuan. Through DianPing, a restaurant and lifestyle app I found 'Joker Homie Pub' what was their previous location caught my eye. Former customers had captured moments of them walking through a double fridge to find a dimly lit bar. To my surprise the location that stood before differed vastly compared with certain photos that I had previously seen on that app. Keeping an open mind I was far too thirsty to pass any judgement, that could wait till the alcohol had hit me. Looking more like a coffee shop, the staff posed with their aprons like Starbucks baristas, sure it was quite the contrast! The drinks were fairly priced, celebrating the successes of the days trip to Pingyao, it was going to get messy for certain! Make mine a 长岛冰茶? 谢谢你, T!

My contact from the bar kept asking me about my arrival time, I wasn't in any rush because the cocktails at Joker Homie Pub tasted delicious and were too good to finish up any time before the clock would strike midnight! The manager of the bar had given me a free local rice wine shot, I accepted that potent smelling shot with thanks, downing it in one like a champ! Waiting in line for a taxi to the next location I was able to have one more Long Island Ice Tea for the road. Arriving at that location left me feeling confused, then out of nowhere this guy came running over to me, all was good! Settled at the bar once again, I quickly found out that the bar was for the LGB and T community, with the bar staff looking like incredibly good looking women with something extra special about them. Those ladies asked some blunt questions, I supplied them with honest answers. Carrying on with the beers I didn't have to do much work in order to attract the right attention, I knew what to do! Taiyuan was treating me well, I was ready! 加油! 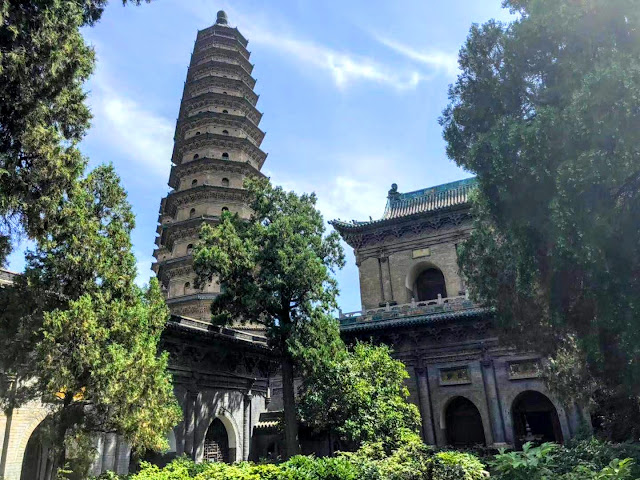 Waking up before check-out time the next morning, the previous night had been a roaring success for many reasons. Of course, I had the goodies! China's Shanxi Province knew I was in need of a weekend like the one I had in Taiyuan, the main city in the province. Collecting myself together I made my way to the closest Starbucks for a much needed caffeine fix and a croissant to boot! Getting a DiDi taxi to the banks of the Fen River I had a nice walk alongside the quiet yet fairly developed waterside promenade. Taiyuan had a lovely mix, it wasn't quite developed yet so catching the undisturbed vibe alongside the river that Sunday early afternoon impressed me much! I had some more to kill before my afternoon train would be departing back to Beijing's West Railway Station. Walking some more along the riverside park allowed me to find my next Tiayuan point. Ditching any form of public transportation I called upon another app hailed taxi. The caffeine was much needed but the previous night had been successful! I grafted!

Reaching the Twin Pagoda Temple was a relief, it would be my final place to visit for the trip and for the way I was feeling that was just fine with me in that moment. Paying my entrance fee I marvelled at the two pagodas as they fronted me alongside the main Chongshan Monastery, both views gave a me sense of calm during my post-inebriated state. I had a little look around, not wanting to entertain any climbing of any stairs then and there I hailed a taxi to take me to Taiyuan's South Railway Station. The add-on to my intended Pingyao trip had been everything and more, I had experienced such a great night out and a sombre yet functional afternoon before getting myself back to Beijing before the working week commenced. Trusting smaller cities always works for me when in China, Taiyuan presented itself well with a sense of life and friendliness. Dalian will be my next stop, I'm going to embrace another smaller provincial Chinese City! Hungover and tired, make no mistake, getting back to Beijing was a relief! Yes, B!