Saving Pingyao for the weekend, I woke up in a different city on a beautiful Saturday morning in August 2019. Leaving Beijing the previous evening for the nearby city of Taiyuan, Shanxi allowed me to begin my Pingyao day trip. I had read mixed reviews about Pingyao, I was willing to see what one of China's ancient cities had to offer for myself. Of course, I was Shanxi bound! 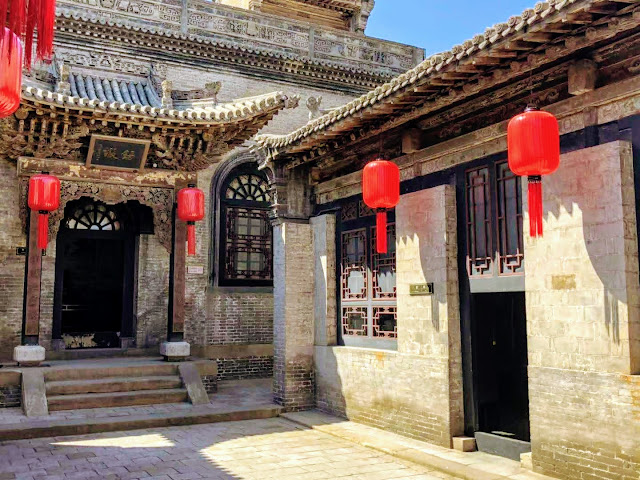 Intrigued by Shanxi's Qiao Family Compound, I booked my day tour to Pingyao just after my main summer holiday. Driving south from Taiyuan's City limits, I did not have one single clue about my first point of call. Baking hot in the summertime heat I made my way into the bustling compound accompanied by tour guide. Built by Qiao Zhiyong's father during the Qing Dynasty, the ancient compound symbolised one of the families that made their fortune through banking and finance. Shanxi knew how to bank those coins! The labyrinth of stone buildings impressed me much, the workmanship crafted showcased such detailed architecture was wild to see. The crowds during that Saturday morning sightseeing rush didn't put me off my photography grind for this blog post, I took a deep breath and took my chances at every single opportunity. The empire had been built by finance and trade but I didn't need extra funds to enjoy the history of such a place! I already knew that those red lanterns served 'China Realness!' Make that money!

The lifestyle led by the Qiao and his growing brood had definitely been of a lavish style! The many restored rooms allowed me to see the living quarters of the family's army of childcare staff! They had wet nurses for days! The hierarchy between the ranks determined which blocks the staff lived in from the main halls. One of the sons who descend from the famous Qiao had spent some time in America studying, certain influences from his former American life I witnessed, the door frames, round in design with a strikingly western style compared with the traditional Chinese style that had carved into the other doors within the compound. The kitchens even had character, specific foods were only allowed to be prepared in such areas and at separate times. During the Japanese occupation the family fled for their safety, leaving the restoration to the next government that ruled the region. I had no interest for the newly replicated parts of the compound that the modern Chinese government had added on, I wasn't a fan of the rebuild. 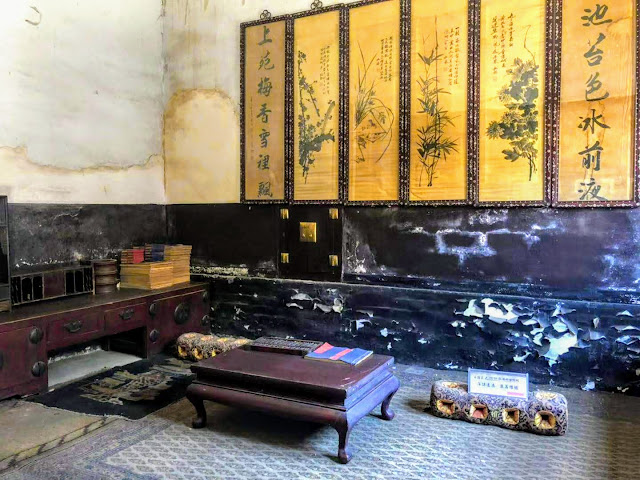 Pingyao's protected walled ancient city stood before me, along with my guide we made for China's first ever bank! Named the 'PingYao RiShengChang', which signified the beginning of a brand new sunrise as the banks name translated into English closest to 'Pingyao Sunrise Prosperity Draft Bank'. The bank was founded in 1823, such formal transactions and state of the art banking methods were the first of its kind in the country. Rapidly this ancient bank had opened branches across China, using Pingyao as the hub I was fascinated to know. Pingyao stood as China's founding financial powerhouse, the training those bank clerks had to go through rivalled any training I had ever faced up to date in my career in general! No, I have never worked in a bank, dealing with such foolery in banks during my time in China would ensure I would never work in a bank, saying that one bank I will avoid in the future but they'll remain nameless. I was relieved to leave the bank behind even though it was very interesting. PY, let's backtrack!

I always have my suspicions during visits to such 'ancient cities' because certain events have erased historical places in their original form, but my first impressions of Pingyao's main city street within the walled city looked pretty legitimate. Albeit a few modifications. The original style buildings gave me a real sense of Pingyao's nature, it was refreshing to see the photos from the internet actually appeared in genuine form for real. Lunch had to be soon? I was getting super hungry! Finding a centrally located guesthouse within the walled city that served me my lunch, the local cold noodles were so blinding good! I had to listen close to the languages that were being spoken in the vicinity during that lunch time moment! Yes, actual French and Polish tour groups frequented the same establishment for lunch. Hearing English can sometimes be something of a rarity but hearing those Polish and French conversations definitely supposed me! Pingyao's small town nature had me feeling like I was in another world. That change of scenery! 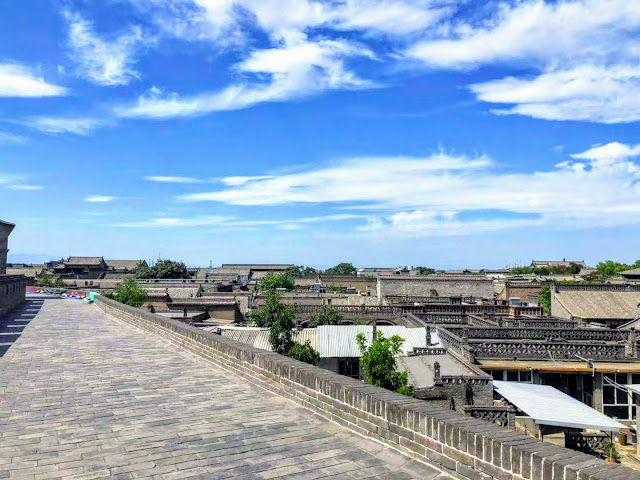 Climbing the few steps to access the city wall gave me a view from above the low level roofs that made up Pingyao's Ancient City. The views were lovely and the weather was equally as gorgeous, I had totally lucked out! Overall, I was very surprised by the manageable crowds, only taking photos at the bank had been challenging in Pingyao but I carried on like a champ nonetheless! I adored the views from the city wall, it was so nice to be away from the city of Beijing for the weekend to experience something new and really ancient in the same respect. The city wall itself was practically deserted, giving me the space to walk at my own pace with the leverage to take whatever photos I felt like taking, life is about those simple things. After a short walk along the city wall it was time to take the steep steps down to find the final sight of the tour. For once the day was panning out nicely, nothing had gone wrong. Definitely meant to be! Stress-free with the sun beating down on me, Pingyao gave me nothing but blessings! Nothing was busy! No, PY!

The final sight of the day was Pingyao's own Confucian Temple. Dating back from the Tang Dynasty, I loved the lush garden-like pathway that led to the temple's main shrine. I adored the red lanterns that were hanging within the garden area, only a stones throw from the busy Main Street I felt like had been transported to a lovely calm place. The views from the city wall had been traded for a darling temple, which showcased an array of rich golden tones and sent a wave of calm over my very being. The visit to that temple was nice because I was prepared to listen to the history behind it, I hadn't paid much attention towards the ways of Confucianism but it was interesting to find something new out. It was a lot to take in but worthwhile considering the location. Leaving the temple behind me, the car that had brought me from Taiyuan was ready to make the journey back to the city. I know I will be mentioning the temple again, choosing to feature it in one of my 'Like A Prayer' posts. The itinerary had been magic, I needed a nap! Bye!