Hailed as one of Beijing's premier nightspots, a night out within Sanlitun's party district was on the cards for that Saturday! After living in Beijing for over 18 months, I have become pretty familiar with my favourite haunts and how navigate those city centre streets during the small hours. Getting over the hangover from another boozy night had to be done! Yes, BJ sasses it up! 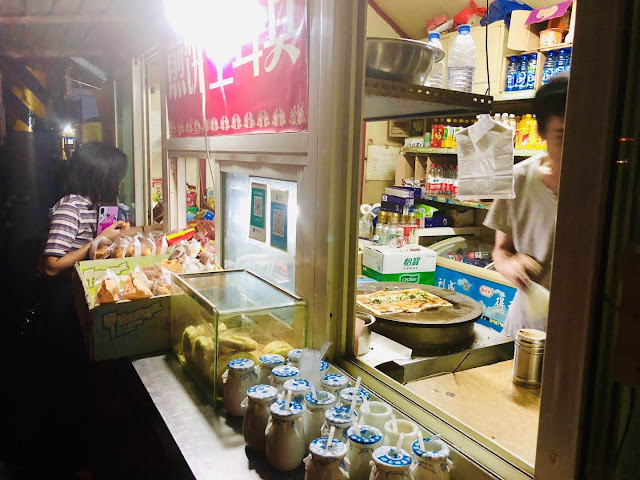 Genuinely speaking, I had originally planned to spend the afternoon at the second 'Haus of Lily' drag brunch but due to an impromptu night out with some Shunyi friends I just about made it for my 'Blue Frog' dinner with my friend Chanel. Recovering from that Friday night out with a very large blue cocktail was the only cure that I would need to get back on it! Refuelled and re-toxed, I had decided to spend the night in a local Tuanjiehu hotel that was only a short distance from my first Sanlitun nightspot. Leaving my hotel, I made sure that afternoon that I was dressed to impressed! Out for myself, living the truth that I was worthy enough to be my own soulmate, I was ready to marry the night! My hearty 'Blue Frog' dinner had me covered, stopping for a street side snack had to be done before the true boozing recommenced. Watching the world go by from my street side spot felt good, my area can get awfully silent! Damn, I'm the one B! Beijing likes to give me drama, it's those queens! It has stepped up since those Wuhan nights!

Centrally located in the heart of Beijing's Chaoyang District, it was a sight to be seen for me because my Houshayu corner of Beijing leaves me feeling like I want all of the lights and action when Saturday rolls into town. Yes! That central corner of Beijing's City had been my go-to remedy to relieve the stresses of work after a hectic week, that weekend was no different to any other but I felt a sense to take things slow. Slow? No, from the respect I was able to begin the night in the thick of it! Finishing my snacks, I made my way closer to my first watering hole of the night because those afternoon drinks had been consumed much earlier. Back in Wuhan it was all about groups going out, apart from getting wrecked with a special Scottish sister friend, things were rather basic! Beijing life has allowed me to reconnect with my independent flex, if you're basic its a no go! With the nighttime drawing on, I made some serious steps ahead to the next phase of my night! I was ready for all the debauchery! I don't do things by halves! No, no! 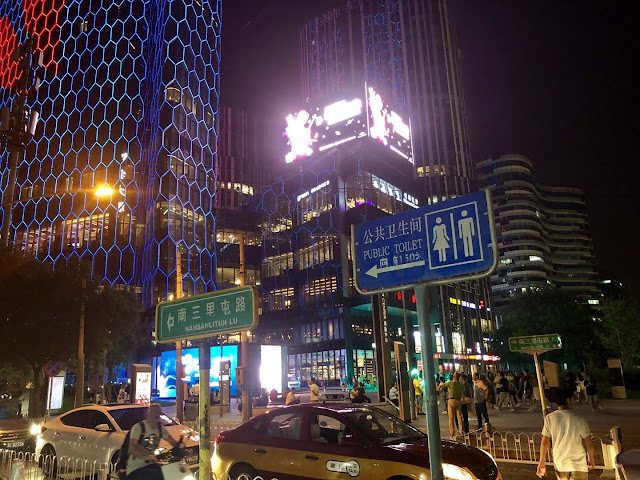 Let me keep this 100% because I usually go straight to the club but that Saturday night I wanted to soak in every part of that night out! Fronting Sanlitun SoHo since our previous encounter, the previous instance I was very boozy! It was absolutely heaving, mixed with families and young people who were enjoying their evening as the twilight hour approached, the noise and lights impressed me much! Dashing towards a drink, I was done with the noise and people going about their Sanlitun SoHo time! I was thirsty! Revisiting Red Dog was the right thing to do, it was the first Gay venue before I got to my regular places that were on Workers Stadium Road. I had previously been to Red Dog to see their Vogue contest, it was a different scene compared to what I'm used in Beijing but it was worth me revisiting for those revitalising mixed drinks that Saturday night! Voguing in China? Yes, these fierce Beijing queens serve! China's not just a little bit Gay, it's very Gay! The queens are here in Beijing are always here to SLAY! Damn, I love it!

Red Dog had given me those key first drinks, it was onto Workers Stadium Road for some real Beijing 'rainbow' nightlife! Albeit, Red Dog has been a new edition to my Beijing Gay night scene, I allowed its bougie nature to carry on with itself whilst I sipped my mixed drink. I know I can get bougie from time to time, no shade! I usually get my taxi from Houshayu to drop me off in the thick of Sanlitun's party street, doing things differently I walked through a myriad of dimly lit winding streets with my iPhone as my helping hand, not that I needed help. Feeling my spirit rise, I was back in my domain with Beijing's underground bars in a pretty commercial environment it was like coming home! For a country that gets into its feeling about anything that's less than traditional, after coming to Beijing it was a revelation to find four top venues that embraced the rainbow side of society! Going underground my night was about to get scandalous! So, I had my wits about me though, I'm a danger to myself! I had my bag, I had my things safe! 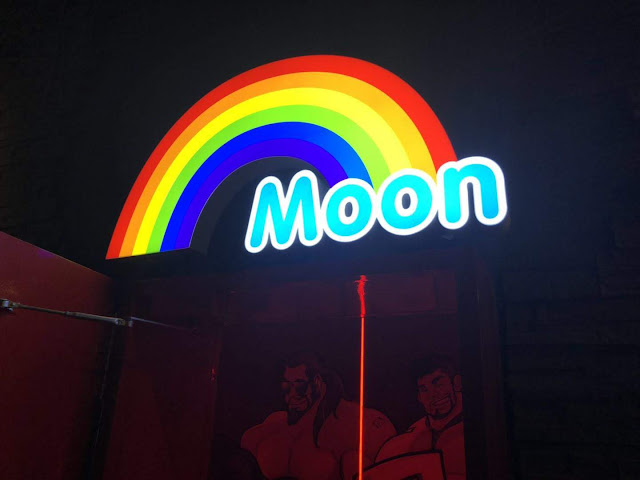 Moon, with its bright red fridge like door had my attention from the very first night it was opened. As if luck would had it there were two gorgeous guys dancing on the centrally located podiums, wearing almost just their birthday suits I had to take a moment to check that view out! The drinks were truly flowing, the weekend was happening in full force and I didn't care about a single thing! Migrating to Kai served something that I front in there on a regular, a queen who pushes or shoves isn't cute or clever! For me Kai gives me the best people watching opportunities within Beijing's close-knit Gay venues, those lip and cheek injectables could be seen from a mile, girl! 很多韩国鼻子! I assumed my rightful place on the podium, some queens really needed to calm down and let me execute my moves! Not appreciating their temperament I enjoyed what time I spent in Kai to the best of! They knew I would be back to shake it bad! Even being a non-Beijing Chinese person can get those 'BJ Queens' sassing up in the place! 不可能!

Kai may have had some spatially confused queens, paying them no mind I finished my drinks before moving onto the nights final venue, Destination. Sometimes I wondered how these pushy queens would find their impatient ways in a LGBT venue in the UK? Pushing and shoving isn't big and quite frankly its pointless! Scanning my AliPay payment, I headed straight for the bar to get my Destination Blue concoction! Queuing can sometimes get interesting whilst in Destination, playing by the rules I made to the dance floor to get lost into the music! Famed for being the biggest and most famous of Gay clubs in China, no matter how crowded it gets I keep finding myself back at Destination in Beijing! Bumping into a friend around the seating area outside had the night take a different avenue. Would it? No way! I wasn't going to allow any foolishness! The night was mine from the very beginning and it was going to be mine to finish with! Beijing showed me another night out of mayhem! 北京, 你疯了! 我很爱你! 中国很同性恋!