Going back to Guilin felt like a natural thing, with every city that I revisit there's always a purpose for the visit. Arriving before my Yangshuo trip into Guilin's new Terminal 2 allowed me to see the progression had taken place in that Guangxi Zhuang City. Being back in a slow paced city gave me life, people didn't stare because backpackers were about! Being back was great! Go! 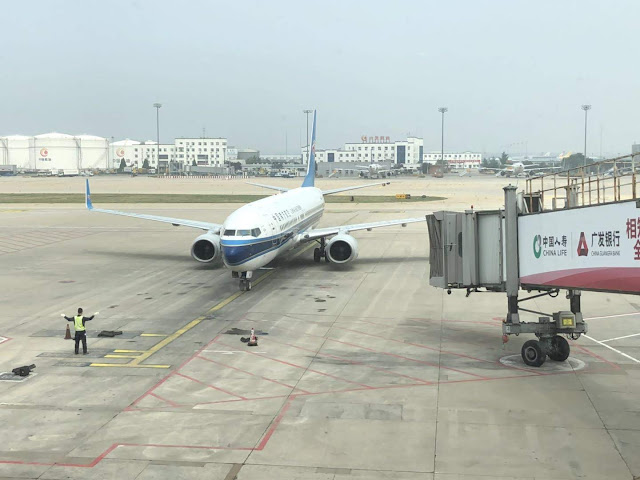 Sitting on the window ledge at the boarding area, I waited for my China Southern flight to find the boarding gate at Terminal 2 of Capital Airport. Clearing security and the rest of it was like second nature, the time before that I flew it was to DPRK's Pyongyang, things felt chilled. A little late my flight pulled into the gate and connected to the jet-bridge, those frantic individuals didn't lose any time to line up! Not worrying about anything, I boarded at my own pace with the knowledge that I was on my back to Guilin after a three year hiatus. I had some seriously beautiful sights to see, no delayed flights would have be appreciated that afternoon! Yes, I was so good that time around because I ate before reaching the departure lounge, saving those pennies where necessary had to be done during that pre-pay day trip! In the skies, I got talking to a Russian couple who were sitting next to me. They agreed with me that their national airline really has a certain way of speaking to their passengers, we agreed that the crew keep it at 100%!

Touching down fifteen minutes early into Guilin's LiangJiang International Airport was a relief, things were looking rather different compared with my 2016 arrival. Not paying any mind to those airport taxis, I took the bus from the airport to a city centre location. I was prepared to use Chinese because here in Beijing not a lot of people can speak foreign languages, to my surprise one of the airport workers approached me to ask if I required any help in English, I wasn't ready for that! As my airport bus made its way closer to Guilin's City centre, I recognised quite a lot from the streets with not many changes it was great to see a familiar place. Arriving at my destination wasn't difficult because this time around I had my iPhone with Apple Maps fired up, directing me over three intersections I found my hotel without any major hitches. As if my luck, those higher pavements smashed one of the wheels of my suitcase! My weekend was in full motion, it was time to relax for the evening in Guilin before my Yangshuo tour. Yes, this return! 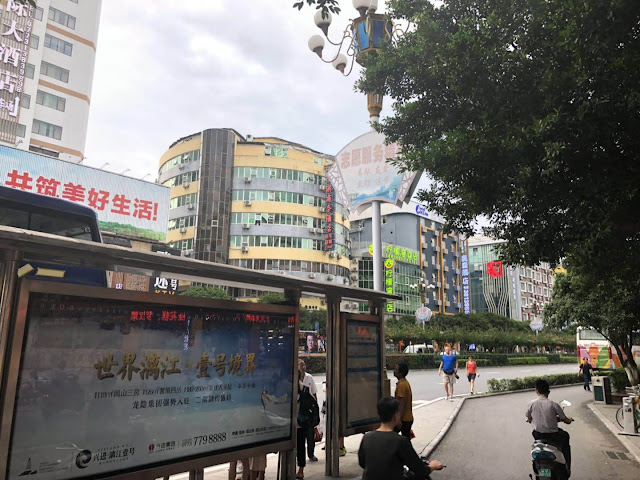 Guilin knew that I was back, back, back! When in a city you already know, it's always good to play a few old tricks, I'll leave those to your imagination. You already know! Fresh on the street I took some time out with a local beer on the main street that was opposite Guilin Railway Station. Guilin's chilled vibe sorted me out, with each sip of that cold local beer, the insanity of my Beijing situation melted away. I wasn't tolerating any nonsense during that moment, don't even think about it! The vibe of Guilin's City centre put me at ease, people weren't fazed by foreigners, that alone told me something that a possible move westwards wouldn't be a bad thing at all! The day so far had been textbook, nothing had gone pear-shaped. As dusk turned into evening it was lovely to see things looking the same but with a smattering of progression in the air, things were just nice in Guilin that evening. Third time might not happen but I was feeling accomplished how life had found me back in Guilin. Staying blessed, I felt centred in that Guilin comeback!

Planning my comeback trip to Guilin didn't take much thought, it was all in the timing but I knew that Yangshuo had to be done! I wanted to add that Yangshuo extension during my first initial trip to Guilin but my holiday weekend wasn't going to be long enough! Contacting China Highlights once again, they advised me that during summer would be the best time to visit the Yangshuo area to get the best of the weather. Choosing the one day tour from Guilin was for me, choosing to stay in Yangshuo for the evening was made possible by the arrangement with China Highlights and Trippest. Paying my balance up, securing rooms and bagging flights within the right time period, the tour became a reality! The weather the previous day had been bad, rain had battered the region and forced rivers to rise. I was intoxicated by the chilled vibe by Guilin's calm city streets and the beer also helped quash any feelings of apprehension about the weather in Yangshuo. No, not lying Guilin sure had me in a trance! It was all felling correct! 正确处理! 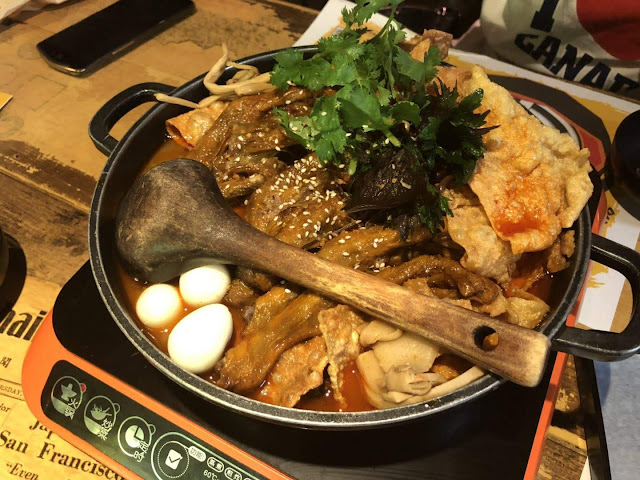 So, as the evening approached it was almost time for to meet my tour advisor and friend from China Highlights, Fiona. From the first trip that I had booked with China Highlights, I've been in contact with Fiona. A friendly lady who has helped me secure my previous China Highlights trips, making them a reality with amazing customer service and very convenient payment methods by using WeChat. Meeting on the same road that I was, her taxi was fast approaching to pick me up. After meeting we arrived at a famous duck hotpot restaurant, now I don't like hotpot but that duck extravaganza served us every part of the duck! To be honest, certain parts of the duck actually tasted really good! The conversation flowed and for certain parts about Beijing communication made me feel at ease, not everyone in this country has such a sour view towards foreigners. It was going to be one of those quieter evening occasions without the booze involved, that was all good for me. My return to Guilin had been time honoured, it was right! Blessed, G!

Being Guilin, I was prepared for some serious rainfall, so when the heavens opened I was on the run for the hotel! Dodging that torrential downpour had to be done, I wasn't going to let that stop my sampling of local brews. The hour wasn't too late and their were plenty places that sold beer on the way back to my Green Tree Hotel, it was fine! Making it back to the hotel was a shear relief, the day had gone smooth, from taking off from Beijing to finally meeting Fiona in person. I was ready to recharge before the long day that faced me the next day. Guilin will forever be a city that stays as one of my firm favourites, it still possessed a city scenic feel and for that I entertained that Guangxi Zhuang Autonomous Region City for certain! I stick firm to my recent declaration, it was blessed to return for the second time but that's it! No shade, it's all love because this Middle Kingdom nation has soo much to see! Feeling refreshed my sleep, the next morning I embarked on my tour that would take me towards Guilin's Yangshuo County! 加油!