2019s Eurovision Song Contest Grand Final touched down, Netta landed her own jumbo jet and Dana International brought back 'Diva!' After a hiatus I decided to watch this grand final after I discovered Netta's winning song for Israel, 'Toy' reignited my Eurovision passion! Tel Aviv had me back in the Eurovision groove for certain! Even Madonna & Quavo were ready to perform! 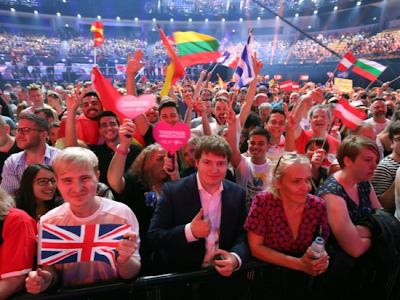 It had been a few years since I had last indulged in the camp and political in-correctness of the Eurovision Song Contest until I found out who won the 2018 grand final in Lisbon, Portugal! Netta's show-stopping hit had me hooked back onto Eurovision and funnily enough I was contemplating Tel Aviv and Jerusalem as my summer holiday choices! As momentum grew, the evening arrived for the grand final but being in China meant I had to watch after finding out what entry won, nevertheless the blessing that's 'YouTube' definitely helped me out! 2016s contest in Stockholm, Sweden had been my last dabble with Eurovision, but since the show isn't broadcasted in China nor I don't have a television. Netta's powerful and catchy beats brought me back into the ESC fold, bringing some kitsch and crazy Eurovision culture back into my life and yes those gimmicks! Yes, I expected the political statements and the UK finishing last! Come on, UK! Seriously, we are still in the competition? Yes, let's carry on! I love Europe's Song Contest!

I didn't watch the semi final shows but I managed to catch a glimpse of Dana International's tribute to Tel Aviv's show and Netta's amped up version of her winning song, both performers brought their own Israeli Eurovision flare! A few days later after the final had initially aired, I waited patiently for  the full version to become available on 'YouTube'. Touching down into the Tel Aviv Expo, Netta brought in a plane full of participants for the grand final. The beginning of the show signified the tone of the event, Israel was cleverly marketed throughout, its prime beauty spots were showcased in such effortless ways their tourism campaign was on point! The best thing about Eurovision for me is that its a show without room for prejudice, embracing the fabulous and crazy sides of music today! I'm a lover of flags and especially the rainbow flag could be seen in the audience, flying for Europe to show the world that we own the Eurovision Song Contest! I'm never taking another hiatus again! No, I will be watching in 2020 for sure! Done! 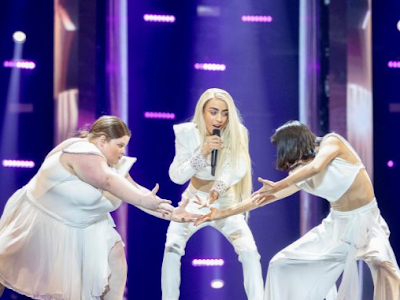 Malta kicked off the show with their colour changing 'Chameleon' number that exuded the sound of todays modern pop music. I was perplexed by Albania's dramatic performance, it wasn't my cup of tea or coffee. Whereas, Czech Republic's Lake Malawi bounced around with their 'Friend of a friend of a friend' catchy beat! Germany's sister style duo was definitely a live vocal, it really wasn't my Eurovision vibe. Russia's masculine talent posed as some serious 'eye candy', good song and use of LED screens but looks won that performance for me! Jean Paul Gautier was in the house! Denmark's call to not get 'too political' sent me to sleep. San Marino was a 'Na Na' no! North Macedonia's debut entry since their departure from those 'FYR' days, it was a powerful performance. North Macedonia, were you trying to shade your Grecian neighbour? Those remarks were definitely towards their neighbour, Greece! Usually upbeat, Sweden's song was soulful, for that it did the IKEA nation proud! IKEA? I meant to say ABBA!

Slovenia's strange electro sounding entry freaked me out slightly! Far from their usual Cyrpiot beat, Cyprus brought a fresh and current flavour with their 'Replay' banger! The Netherlands left behind the usual catchy beats and the all important Eurovision in-place of a striped back 'Adele' sounding entry, it was a winning effort! The UK served once of its best live vocals in a long while! With a heavy musical tone, Israel turned up the 'gimmick' of being the host nations entry, it was dramatic in all right places with lyrics to match. 'Keiino' of Norway turned it up with a lovely Euro-beat tune, giving off vibes of Aqua crossed with a mix of Swedish House Mafia! Iceland's insane leather clad rock gig gave me life! France's bilingual equality anthem made my heart sing, it was such a lovely moment to see Bilal live his truth and slay the competition for the true Eurovision audience! I loved Italy's clap-back rap! Albeit a few dud entries, my favourites had to be Norway, France & Malta! How had I abused the ESC by not watching it the year before? Oh! 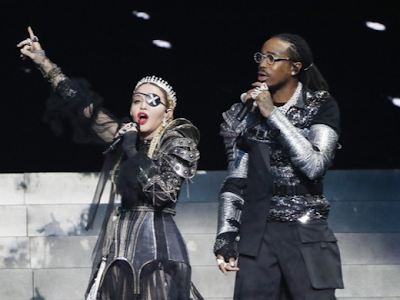 The interval kicked in with a big change, Conchita Wurst entered the stage but she was a little bit dressed down! Switching up songs Wurst took a chance on Sweden's 'Heroes' by 'Mans Zelmerlöw'. A few other switched up songs were performed until a Eurovision favourite of mine returned to the stage, Verka Serduchka! Ukraine's previous entrant smashed 'Netta's' own song 'Toy', it was by far the best choice! Gali Atari who won the competition in 1979 in Israel for Israel brought the entrants together with her song, 'Hallelujah'. Madonna, the Queen of Pop made a short appearance! Music truly makes the people together, yeah! Taking things towards a more Arabic feel, Israel's own 'Idan Raichel Project' conducted such beautiful performance, consisting of live vocals and full orchestra. My reasons for choosing Israel for my 2020 summer holiday were definitely cemented after hearing such lovely music! לך, ישראל! It was a perfect celebration of Eurovision's iconic performers with a blend of Israeli flare! Let's ring back Verka every year!

Netta had performed her winning hit 'Toy' during the open of the competition's second semi-finals, returning to the stage dressed in a striking yellow fluffy dress to serve it up! Killing the competition, she oozed empowerment and with her no-holds attitude I loved everything about 'Nana Banana!' Being an event that attracts a rather fabulous audience, we sat with baited breathe for the 'Queen of Pop' to make her Eurovision Song Contest debut! Rising from a dark part of the stage, Madonna brought back 'Like A Prayer' for us all to relive it for the 30th anniversary since its release! Quavo joined her for their duet, 'Future' where Madonna used lots of vocal trickery but I still loved the two songs that she performed. She might not be the best singer but she always puts on one hell of a show! It was time for the winner, revealing that the Eurovision gimmick might be a thing of the past proved that the Netherlands snatched the trophy! Vengaboys for the Dutch Eurovision interval in 2020? I want that kind of BOOM! ESC?