Beijing life has been eventful, from work to travel its been another busy six months in the country's capital city! From teaching my students about Christmas traditions in both northern and southern hemispheres to visiting one of the world's most secretive nations, North Korea! Spring has come round, I could finally enjoy my weekends this year! Feeling free, I love it! 加油! 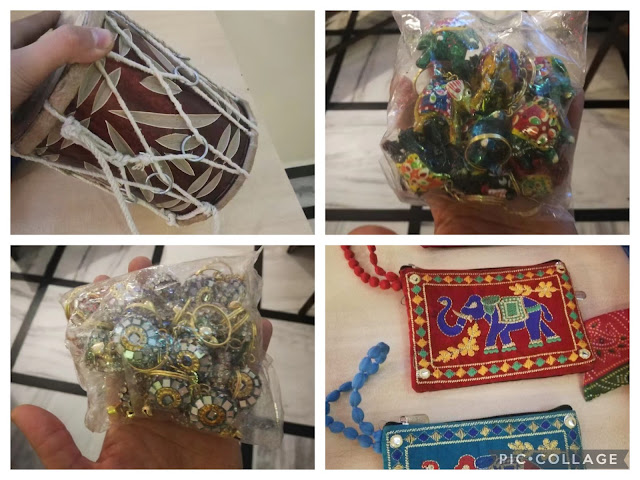 November at school allowed me to teach the children about the Indian holiday of Diwali, through our discoveries it readied them for my upcoming trip to the Indian sub-continent in December 2018. They were so excited, it was almost like they were going to be part of my trip! Through the first two weeks we looked at Christmas cultural traditions in both the northern and southern hemisphere's. The children really grasped the concept that both Australian and British Christmas festivities lead to very different but fun paths nonetheless. Away from the classroom I boarded my flight to New Delhi via Guangzhou with China Southern Airlines. I was about to spend six days in and around New Delhi, Agra and Jaipur with a day trip to see the Ganges River. It was great to be spreading my travel wings to another Asian destination outside of China so soon after getting back from Seoul, South Korea. With an amazing professional life and travelling situation, I felt extremely blessed to be in that momentum of life. Timing doesn't lie.

Arriving into India was like no other, it gave me the same panicky feelings that I had when I arrived in China for the first time! Not knowing what to expect I was bowled over by the sheer craziness and the pulsating vibe of the streets near my hotel. New Delhi was amazing, keeping me on my toes I took a taxi tour! Gandhi's House was so chilled and sobering and Huyamun's Tomb served elegance in the round. My tour to Agra and Jaipur brought many surprises but I was prepared for mishaps because India wasn't on the level compared to other Asian countries. Getting back to Delhi gave me some comfort, exploring the streets by my hotel allowed me to find the best Butter Chicken ever! Chadni Chowk Market hooked me up with one years supply of incense sticks for the win! Rolling on the river, no trip to India wasn't going to finish without having the Ganges as a part of it! India was cool but it was time for me to fly to Birmingham Airport with Air India for Christmas week, there was a lot of flying during that holiday! Orla B! 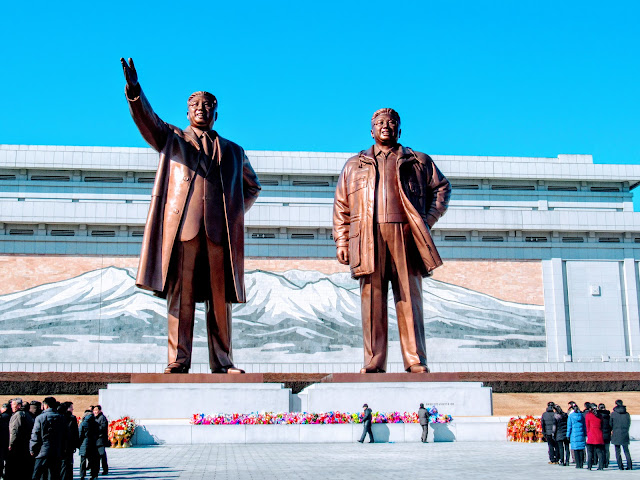 January was all about working, it was nice to revisit the twelve Chinese zodiac's in-preparation for the then upcoming new year. School broke up in February 2019 for the Chinese New Year holiday, after finishing my language materials before the end of the semester I attended my pre-tour briefing before flying into one of the world's most secretive countries, North Korea! Choosing Young Pioneer Tours worked out amazingly, arriving before the CNY holiday into Pyongyang kickstarted my epic DPRK experience! Seeing the city from one perspective was a mind-blowing experience that I won't ever forget! The showcase capital of the Democratic People's Republic of Korea definitely showed me that its southern sister city, Seoul both currently stand as polar opposites! Pyongyang Cold Noodles were not my thing but the Pyongyang Soju went down a right treat with all kinds of juice from the bar! Oh, those hangovers were bad! My Chinese skills have improved in Beijing, I could ask for more ice! Let me go back!

Pyongyang wasn't the only city that I saw during my DPRK Spring Festival tour, going on a desolate motorway took us to Kaesong. Staring South Korea in the face at the DMZ was something else for me to process, eating dog meat soup at a restaurant in the same city put me out of my foodie depths! Sariwon provided us with a hearty climb to the top of a mountain park viewpoint, the mix between concrete and Korean architecture was a treat to witness with our own eyes. Leaving the capital I was able to experience Sinuiju, the Korean border city with the Yalu River that separates the DPRK with China. Crossing back over to a life in China with phone signal gave me life, exploring Dandong for the last day of my CNY 2019 allowed me to see the North Korean border from the security of China's mainland. Due to the craziness of the trip I spent the rest of the holiday at home in Beijing, that transitional time was much needed! Thank goodness that March was a busy month of work and everyday shenanigans! I feel very blessed! 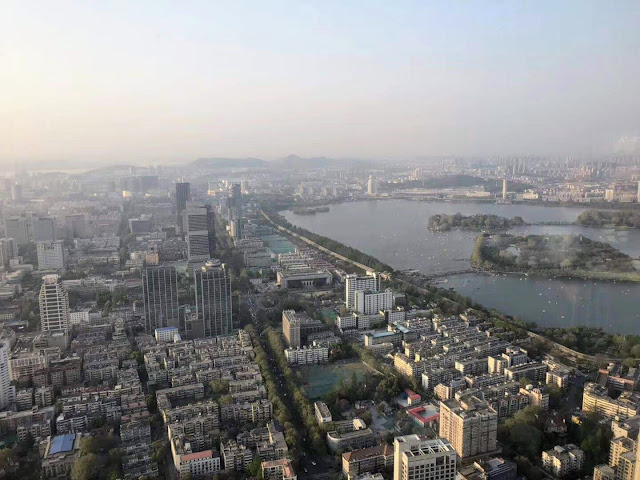 As previously mentioned, the month of March was all about work! It was very nice to slip into April with a little long weekend off work. Oh, it was! Taking a high speed train from Beijing South to Nanjing South had me up in my feelings, that fellow passenger needed to get some manners! Reuniting with Chris after talking for an age over social media, we had finally met in person both as promised in Nanjing, China. Reliving my previous first time trip to Nanjing happened without warning, Chris happened to live in the next street by where I got horrendously lost with a pizza in hand! It was a full circle moment in that Jiangsu City! Going to a Korean Spa allowed me to realise the body I am in is the right one for me, it was a life-affirming moment in that distracting Spa environment. Getting ready, we scanned some bikes to find a secret whisky bar that the boys had told me all about. Concluding the first day with some drinks in Catherine Park, after the early start it was time for a well needed rest! Nanjing had more to enjoy! Surely!

The weekend was a scream from start to finish, we saw a killer view of the city from an ancient tower. Taking things slow, we thought it would be good to find some local Nanjing food at the tower that housed the InterContinental Nanjing, taking our number in the line from the restaurant we got situated at the top of the tower in the SkyBar with a bottle of bubbles opened! Leaving those original reservations behind, we bought another bottle to toast the young successes of that Nanjing reunion trip, we had big plans for the night ahead! Dining out on the finest McDonalds fare, eyeing the talent as they also made their fast food purchases, that Nanjing mister was looking more than fine with his real leather bag. I went to the trouble of searching for it on Taobao, it was lovely! When the nighttime arrived we got crazy at a local bar that was a trifle difficult to find, it was a boozy night for certain! Making it back to Beijing I wasn't ready for the next day to be Monday again! No, no, no! I'll be bringing that back soon! 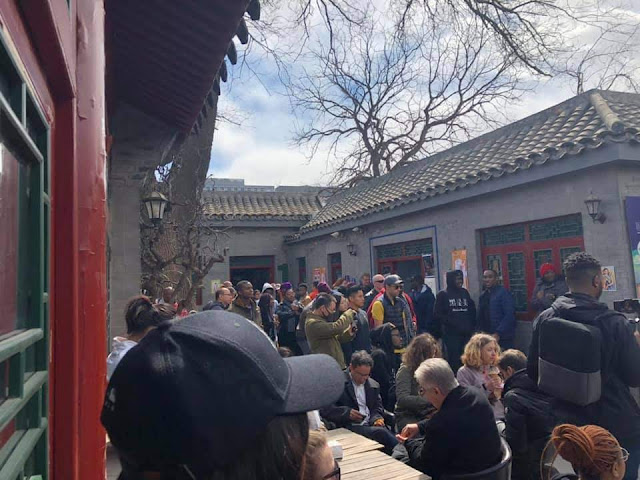 April brought two brilliant Saturday's out that both ended with head-splitting hangovers on the Sunday! Bringing Beijing's 'Haus of Lily' together at 'Home Plate' in Sanlitun for their 'Mardi Gras' themed drag brunch was an event not to be missed! It was camp and kitsch from the word go, I was so shocked to see such fabulousness going on in the city that keeps China's conservative ways alive. Through the lip-syncing and the booze it was an amazing time had by all, well I had a brilliant time seeing the queens give life with their performances. Getting home that day I wasn't content with my consumption of dancing juice, going back to my then usual haunts had to be done after the sequins and campery of that Saturday afternoon drag brunch! How the headache hurt, but it was an amazing Saturday without any regrets! If truth be told, Beijing's rainbow scene is growing fast! Beijing brought the house down! DOWN! I loved it all!

Showing my support to two friends that I have met in Beijing was a big part of the following Saturday in April 2019. Getting my ticket to Beijing's 2019 Black Expo had to be done, I had some love to show! Both colleagues from my company, both friends expressed themselves very differently with their talents, bringing unique things to the event. My friend Chanel was busy baking at her 'Suga Mama' stand, going in for an infused cupcake had to be done, oh and some cookies later on! That apple pie was on order for sure! Yes, I will always support 'Suga Mama's' magic! Liz expressed herself through pure poetry, standing up at the mic, she proclaimed her words about the girl with the 'baloney curls' with much passion! Spending my money up, I bought some ground Ethiopian coffee that helped very much the next day and some natural Shea Butter. Seriously speaking, I learned some very valuable lessons during my eighteenth month period in Beijing! To be in the moment means the most! This is my life? Are you sure?

Let's Get Into This!