Returning to Wuhan was an exception even though I had never vowed to go back, in saying that Nanjing South Railway Station saw me make my return in the same fashion! My Scotch friend Chris had left his tartan homeland to teach English in Jiangsu's capital. We had met through a mutual friend and with Nanjing on the cards, it was certain that we'd sure meet! How you doing? 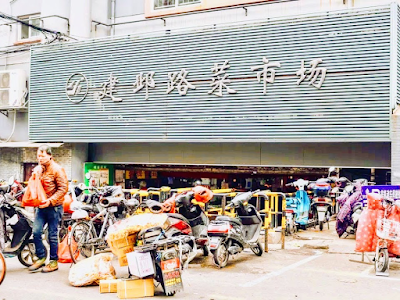 My travel plans were almost in tatters quite like this blog post was before my fast thinking got me out of a right mess, it wasn't pretty! The tone in First Class during that Beijing-Nanjing train was lowered and then some, thankfully my boozy breakfast gave my words an edge! After meeting Chris at Nanjing South Railway Station we went underground, now that wasn't going to be the first time throughout that trip but I meant in that sense we took the Subway to his ends in Zhangfuyuan. I was having all kinds of Nanjing flashbacks, back then I was living in Wuhan and was fresh to travelling in and around China. Leaving the station showed me something that reminded me of those older gritty food streets that I had frequented many times during my Wuhan days, it was like a blast from the past even though it was part of my journey it felt like it was meant to be! It was what I needed! Arriving safe in the end, Nanjing was on fire! Trains can get very boozy but with that attitude served, I'll be going back to Second Class! 你的手机? 再见!

Catapulted into the heart of an area that had a curious scent, the streets allowed me to catch a whiff of cooking oil and the pace of ordinary life in a corner of a Chinese city that hadn't seen mass modernisation. Zhangfuyuan was a-wash with signs and street-side shop fronts that sold food that I hadn't seen for a hot minute, my suburban corner of Beijing's Northeast doesn't have that type of fare because its on another hype on my side. It was great to finally meet Chris in the flesh, we had been talking since October 2017, to finally meet after talking for so long! Chris works for a training school, one thing I admire him for because that professional calamity need not call me up again! My early morning alarm hadn't caught up on me at that point, being away from the big smoke felt great because work had me on a mad thing! I was unknowingly ready to be reunited with a place that I got horrendously lost the first time! Going back to reevaluate things made everything feel correct. I got lost to find myself back in Nanjing on the right path! 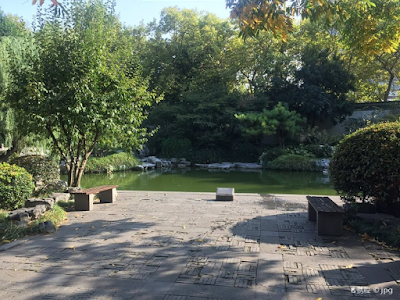 Passing the front of a wet market gave me such a stomach turning nostalgic smell, no disrespect to my friend but I wouldn't like that scent on a daily! But it transported me back to my first morning in China during that Shanghai week in June 2015. The local market sold everything edible, usually I wouldn't want to pass those places but for that experience it had to be done! Leaving the backstreets behind us, something hit me bang on in the face! I had got massively lost along Jianye Road, it was such a mad feeling seeing the main road. The Qinhaui River and the same McDonald's that stood in the same place as before stood right outside the entrance to Chris's community! I was stunned by the whole experience, that flashback gave me life! Scanning two rental bikes we took to the streets, swerving past traffic, I had my heart in my mouth but the experience was ace! Getting to see the city sights from a different point of view was everything to me! Get into all of this, Nanjing! Writing another chapter? Of course, I was!

We wanted pizza but places open and close all the time in China, we had to be realistic because Chinese food was not going to be on the menu that Friday teatime! Walking the streets for a little bit after our biking moment took us to the Paulaner Brauhaus, a German restaurant that served us just what we love! Beer and sausage for the win, the waiters in that place were all on fire! With my bangers and mash and litre beers doing what it promised to, the conversation got real whilst the scenery merged between German brewhouse to Chinese talent! Spa? Chris had said we would be going swimming, I was open to that but after meeting his friend Steven that prospect changed entirely! Baring all, I entered into a whole new Korean Spa situation but I cannot begin to retell the cakes that walked past me! Chatting and bathing in the hot springs put my fears at bay, excuse me I caught a glimpse of my reflection and I was like! Damn! After feeling a new sense of self love, props to the Spa! B, It wasn't like Seoul but I saw those figures! 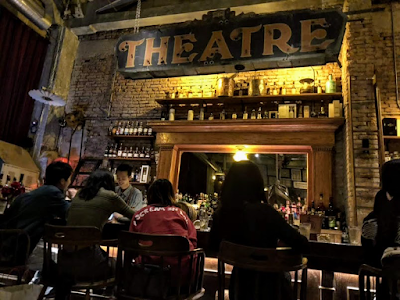 Going back to Chris's had to be done! Getting changed for some drinks was the plan, it had been a full bodied day, judging by the previous activity it was literally just that! Scanning our bikes, riding to a secret Whisky Bar took us to somewhere that I never knew the name of. Myself, Chris, Steven and Jiaming enjoyed a drink each in a cosy hipster kitsch environment. Going for a Long Island Ice Tea, it was a refreshing drink but if truth could be told it needed to be stronger! The chat was on-point, I recounted my time in Beijing getting up to the things I fall into to. Being in that boys club felt nice because I usually keep my ladies close by. The night was young but that day had been so long up until that point, I wanted to push forwards to see Catherine Park. Making it to Revolucion, I thought it was going to be like the underground Catina that I had found in Xiamen but it was more sobering than ever! NJ, I for one well and truly needed my bed! Do foreigner's really look that trashy up in the bars? I was definitely shooketh by those sights!

From leaving my Beijing apartment in the dark of morning to reaching the end of the night in Nanjing, Jiangsu it had been a full bodied day for certain! I've said that twice! Going back to Chris's it was time to sleep till dinnertime the next day because it was a holiday! Getting back to Nanjing was amazing! It was fulfilling not to plan anything for a trip like usual, to literally arrive and just for it all to fall into place felt like such a blessed thing! Absolutely! Nanjing had big plans for us the next day and then some but the first day had been filled with the right amount of everything! I had found a new freedom in the Spa and had out-witted a snotty nose passenger who freaked out when I took her charger out of the power outlet on the train from Beijing! I told her the world would still turn, the sun would still shine so her phone would still be sufficiently charged! Beer for breakfast has a lot to answer for! No, that stank ass attitude spoke volumes without that passenger even talking! For true, I will sit in Second Class next time, for certain, B!