Sweeping tombs I most certainly haven't been doing, from 2016 to present its been a regular holiday weekend spent away from my working life. From my visit to Changsha in 2016 to my recent second visit to Nanjing in 2019, this Chinese public holiday has allowed me to make memories. Serving West Lake, tea plantations and a lovely temple, Hangzhou was so heavenly!

Winding the hands of time back to April 2016, I stood waiting for my then friend Andy. He had invited me to spend the holiday weekend in his home city of Changsha in Hunan Province. Coming from Wuhan I was expecting to see a city that was on the same second tier status, I saw exactly that during that Tomb Sweeping time. I had no expectations, allowing my friend Andy to take care of the sightseeing arrangements. Arriving at Changsha South Railway Station, the journey from Wuhan Railway Station hadn't taken very long, taking the subway to find my friend had to be done. After dropping my bags at Andy's we headed for Orange Isle Park. With a huge stone statute of Mao Zedong's head it caused the same hysteria that Cinderella's Castle does at Walt Disney Word in Orlando, USA! I couldn't see what the fuss was all about, but it was an experience to see such devotion. I was open for whatever the weekend would bring. Hunan opened up to me, I loved Changsha because it made no apologises. I had more to see in the city!

Breakfast brought us some Hunan Rice Noodles, they were really tasty and the setting caused some attention, two children said in Chinese that they could see an alien. I am most certainly not an alien but to those children I was definitely the only 'Waiguoren' in sight! After breakfast we made a swift visit to Changsha's Tianxin Pavilion, it was a dreary morning with rain forecast for that afternoon. Even though the weather threatened to rain on our parade, it was interesting to see a rather concrete looking cityscape that had tonnes of visible construction works going on. Huogong Palace had such a vile smell, it wasn't anything sinister, however the foul smelling 'stinky tofu' really packed a punch! Getting caught in the rain big time, we decided to get some bits from a local supermarket for the evening ahead, ditching our plans we had dinner at Andy's place, we watched a film as the weather deteriorated. Changsha was nice, it was a nice weekend away from the buzz of Wuhan! That Tomb Sweeping Festival had me stepping it in Hunan Prov! 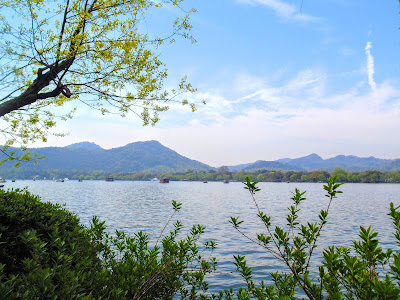 Tomb Sweeping Festival just kept getting better, leaving Changsha for 2016 I traded it for Hangzhou, Zhejiang Province. Booking my second China Highlights tour after the successes I experienced in Guilin the previous year. Landing without any hitches, I found myself checking into my hotel with the staff freaking out over my visa! They needed to chill because I've always been legal! After biking along the busy streets of Hangzhou I caught a rather crowded bus to the Fei Lai Grottoes and the nearby Lingyin Temple. The grottoes were lovely, finding that yellow temple impressed me much with its pint-sized environment, it was busily chilled. Hangzhou was a buzz with people in every single direction, the spring weekend had everyone out in their droves! Wulin Square showed me nice light and water show during that evening, within that city square the security presence was quite impressive! Hangzhou was sure on fire with the crowds maximising but the views had me centred and focussed during that ZJ moment! Help me, HZ!

The next day started early, meeting my tour guide and the driver allowed me to begin my private tour in Hangzhou. Hitting up West Lake took some going, the crowds were out once again during that public holiday, but those individuals weren't ever going to ruin the epic views that morning of West Lake. Moving away from the lake it was time to have some local snacks at Hangzhou's Chenghuang Pavilion gave me views above the city, such effortlessly beautiful views fronted me! I am not one for museums but the Chinese Traditional Medicine museum schooled me about the weird and wonderful things that have been and are still used to treat certain health complaints. Concluding the day I arrived within Hangzhou's very own tea plantation, learning the art of tea pouring was interesting but actually having the chance to pick some fresh leaves broke the record! From my own self-guided day to my escorted private tour, I found two different dimensions within Hangzhou's idyllic capital. H served chill with those plantations! 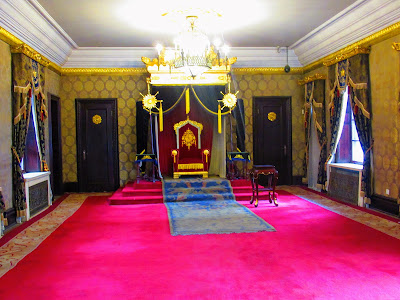 Changchun was definitely 2018s hidden Chinese treasure for sure! Stopping at the city's West Railway Station during a high speed journey from Harbin West to Shenyang in February 2017 planted a seed that grew into a tree of curiosity. Taking a surprisingly comfortable hard sleeper overnight train from Beijing Railway Station saved valuable time. Stepping off the train I headed for the city's Museum of the Imperial Palace of Manchukuo. Learning about the Japanese ruling contingent that played their part in the Northeast's questionable Japanese rule. The final Puppet Emperor looked more like a 'hipster' fashion icon rather than an accessory to the ruling Japanese counterparts in the region. Making my way to the hotel I had already checked out the city's People's Square straight from the train, it had been a full on morning, checking into the hotel sounded like a grand idea. Changchun underground sense was showing me something different! The more I knew about Changchun, the more I loved it! Life needed that sweep! Yes!

So, the past three years have been blessed during China's Tomb Sweeping Festival from Changsha to Hangzhou then in 2018 to Changchun. 2019 brought my fourth Tomb Sweeping weekend, choosing Nanjing wasn't really a choice because it was time to meet one of my fellow teaching friends. Meeting Chris had to be done! The whole weekend challenged my first experience in the city, I was reunited with the places I got lost around and made new memories in places I never knew existed. From Prosecco at the Nanjing Inter-continental Sky Bar to partying in a tower-block cabaret bar, things got really random! Nanjing was an amazing city to rediscover and I know it hasn't seen the last of me! It was like stepping back into time but within that 2019 timeframe! The train back to Beijing was thankfully quieter than the outbound, tricky passengers don't impress me! Where for 2020s festivities? Lanzhou, Gansu? I'll be revisiting that Northwestern Chinese City to build upon my stop transfer before I took my train to Lhasa.