February was a quiet month at my kindergarten, even after my holiday the children were still enjoying their family reunions and foreign holidays. The Spring/Summer semester has been full of surprises, twists and turns but all of those have shaped the here and now. From flower arranging to Cadbury Creme Eggs, my International kindergarten duties are giving me life! Yes! 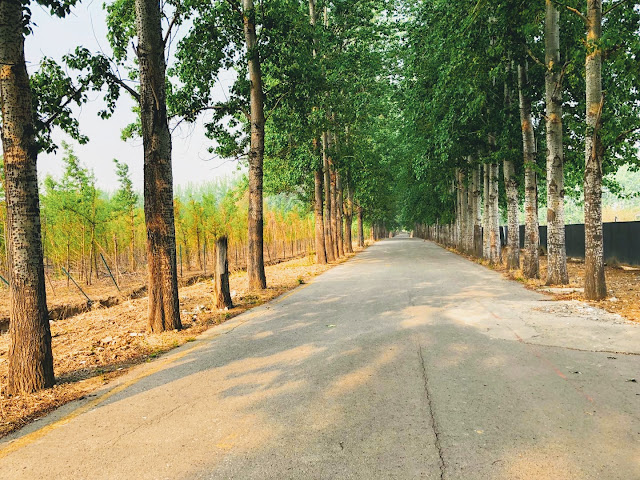 So Bei, frankly speaking my Chinese capital city dream was challenged as soon as I landed, with time and a campus change, life has stabilised for certain. Moving up to Houshayu in November was something that needed to happen, I wanted to be closer to my new campus and the drama with my first Beijing apartment was no joke, queue another complete farce! In the here and now I am on apartment three and things couldn't be better, being in a less international environment has its moments but in the next breathe I am able to communicate better, maybe that's not a good thing sometimes but that's life as a foreigner in an area that serves more social disparity than a 'all you can eat' buffet serves food! Captured above is one view of my commute, biking it for the win I have made it more of a thing because early 2019 has brought a straight up harsh winter! Getting it together I had done my work before the new semester. Enough apartment drama, the work I do for and with the children makes all of those other stresses melt away. Oh!

Chinese New Year had been taught in January to ensure the children were schooled properly before their annual holidays. We learned about the family preparations and even incorporated maths into our work by counting money from a red envelope. I found some great CBeebies videos from YouTube that followed the preparations of two Liverpudlian Chinese children, going about their business it gave the children the chance to see Chinese children of a British kind. To show my students, children who shared certain elements of the Chinese New Year holiday. For me it was great to open their minds, they only see things from a certain angle within their China lives so it was something to see them conferring with each other whether the children on the video could be British and Chinese at the same time? With their hometowns and some heading for more exotic shores, the children gradually took their CNY breaks. I was about to set off for North Korea, it was all about getting things ready for the kids! I would sourcing new materials! 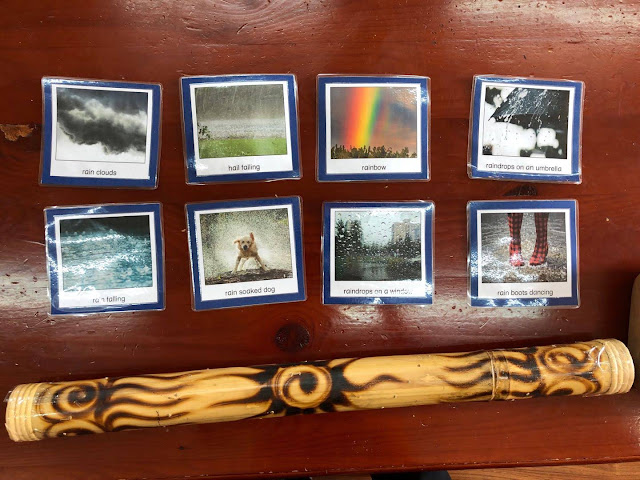 Material making could stop for a few weeks at least but little did the children know that the English Corner had many new things for them to learn with. My main focus for Rainbow's English has become 'culture' from a 'Montessori' perspective, taking the knowledge acquired from my time studying that learning approach has allowed me to apply to my new English corner area. With everything colour coded for the seven continents, I had big plans for the forthcoming semester. The new semester allowed me to work with 'Weather' and 'Body Parts' as the main English department theme, going out of the box allowed me to create some works that have really caught the children's attention and interest. Purchasing a wooden rain stick has allowed the children to learn about different forms of rain, it's a weather that we don't get much in Beijing. Skeletons and internal organs set the theme for the 'body parts' works. I was setting a standard! As a Rainbow has different colours, I knew the students would embrace these themes.

Writing has been the main focus, feedback from the parents has spurred me on to create a writing station with its own chalkboard. I found the original set up didn't interest the children, with a book stand to rest the language card has encouraged the children to get writing in English. I made seven continents worth of language cards that ranged from transportation to fun and festivities. Spanning the seven continents we have been able to look at vivid images of foods from Europe and indigenous cultures and customs from Australasia. I have an obligation to plan what works each child uses but with the confidence that the children have now, it's amazing to see where their own interest takes them and I am there to guide them so, it's all good. My second semester at my new-ish campus has been fruitful with the aspect the children are speaking in full sentences and have the confidence to express their feelings to me. The kids genuinely enjoy English, we can definitely try more things! The parents really like me, that counts for a lot! Yes! 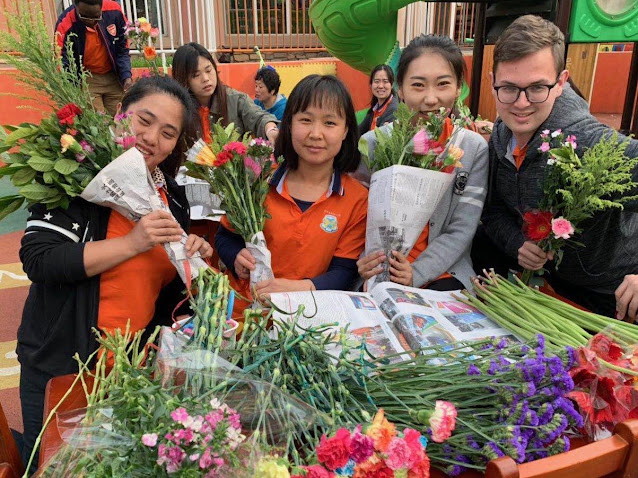 Since joining Rainbow Class in August 2018, the teaching team has had a few changes over time. With the motions of life, it has meant we said goodbye to the previous lead teacher as she was about to have her baby boy. The Spring/Summer semester has taken many twists and turns but the those magical moments keep me going through all of those mad times. The flower arranging morning gave the children and their parents or guardians the chance to get into the Springtime theme with all of those flowers. As March turned into April, I broke down the barriers with some English curriculum regarding Easter and St. George's Day because the children deserve to understand about my country's festivities and history. I keep things away from religion because China works in its own way. I respect that wholeheartedly with the knowledge the parents might not be hot on religion. Things are good, I don't want to change that! No! I will keep on pushing forwards, breaking boundaries and all good stuff. The parents are intelligent and expect more!

With a new visa being renewed right now, I can breathe a sigh of relief that I will be able to toast my fourth year in China soon! It's been a journey since departing from the training school in Wuhan to finding my current kindergarten company. I feel like I am in a place that suits me right now and for the next few years, in actual fact I would like to say I will be here for a long time! I look forward to the summer months as the curriculum rolls round again, being my fourth year with the company I remember the themes as if they were a familiar dream. Getting ill cannot be helped but in the time I have been at my new-ish campus I have tried my best to keep my attendance to 99% with one day abnormal. I genuinely look forward to continuing my journey in China, wherever it will take me within its vast border I will continue to work hard. The children have developed so much in Rainbow Class, it has been an absolute pleasure to see them grow! Shunyi has its moments but somehow it works itself out in the end! 老师们, 加油!