My time in Pyongyang had concluded, with my bags packed and my hungover self back on the coach it was time for my train to Dongrim to begin my Sinuiju extension with Young Pioneer Tours. Enjoying a few beers on the train, spending the last hours with the group was nice, the tour had been great! I wanted to experience more in the Democratic People's Republic of Korea! 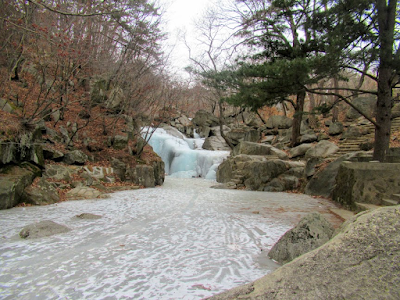 The scenery changed pretty quickly, from the pint-sized cityscape of Pyongyang, the frozen countryside fronted us with a stark Realness. Pulling into Dongrim Railway Station allowed us to be greeted by our two new guides, onto the bumpy roads it was like driving into a world in the past, it was desolately quiet and also underdeveloped. Arriving at the Dongrim Hotel presented a modern looking hotel, equipped with its own swimming pool. With those facilities I was open to the idea of having a swim later on that day. Settling into the hotel it was nice to relax, walking out to a waterfall that was completely frozen proved to be the days sightseeing. The fresh air and quiet surroundings felt good, the hotel was in a very secluded area, it was peaceful. Being within the DPRK, the quietness wasn't no surprise to us, making the best of the amenities I went for a swim and had a massage. Yes, that spot of self care was really nice and was so cheap as well! Dongrim definitely served us well! Away from the city, I really missed Pyongyang! P, I'll return!

The rooms were modern, they had been freshly designed with slightly firmer mattresses compared with the hotel that we stayed in Pyongyang. That wasn't a complaint but it didn't make any difference because a little Soju was consumed that evening. Resting in the room for a little bit gave me the chance to watch a bit of state run North Korean television, meeting my tour friend Yuan Yuan for dinner gave us the chance to experience a rather bizarre evening. I wasn't stunned by the quality of the rooms during my stay in the DPRK, the Dongrim Hotel impressed me. The food throughout the whole trip had been questionable because I hadn't indulged in any Korean during my Seoul trip, that evening in Dongrim challenged my taste tolerance for sure! Taking the to the mic, I found my voice in front of the whole banqueting hall, I loved the limelight, I really did! Going to the bar for a little while, the guests made their own party in their rooms, how I wanted to join but not when in the DPRK! Calm down! Dongrim was done, done! 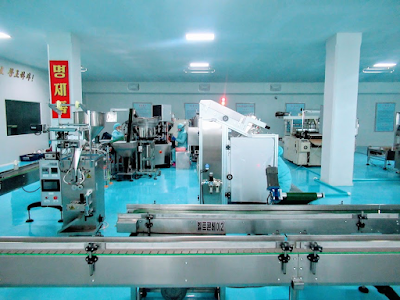 Getting back onto the road the next morning, it didn't take us long before our phones pinged back into action! Myself and Yuan Yuan couldn't believe it, we could see the New Yalu River Bridge in the near distance so the close proximity with China gave us a connection with the wider world. When will that bridge project be completed? Our first stop was at the Sinuiju Cosmetics Factory, it gave us the chance to see the factory that has a co-operation with Lancôme Cosmetics. Being a Sunday it wasn't so busy on the production line, people were still working and we saw some products sail down the production line. I usually don't bother with face creams but when in North Korea or the DPRK, it had to be done! I bought two bottles of anti-ageing cream because even at 28 years old, there's always time to preserve those youthful looks I have. Let me get back with those reviews, yes I can say the moisturiser really keeps my skin soft and fresh. Silky soft anti-aging face cream from the city of Sinuiju! Serving K-Beauty looks! Yes, SJU!

Our guide told us that the cosmetics factory works with a lot of foreign companies, exporting their Korean made products to far-flung markets overseas. Being located close to China, there seemed to be more leverage with trade even though tight U.S sanctions were still currently in place. Sinuiju served itself as a small yet developing city, the cosmetics factory gave us an insight as to how the Hermit Kingdom is bucking a new beauty conscious trend. Getting more out of my DPRK experience had to be done, opting for a second extension in Dandong as well as Sinuiju because I didn't want to end my experience so quickly since the whole trip took so long to plan and pay for. Onto the next place, Sinuiju led the way to the North Phyongan Province Revolutionary History Museum. I got told off for chewing gum as another guide informed us about the different museum exhibits, the Korean War had become so familiar to us throughout our trip, I was exam ready! Did someone say Ginseng soap? Maybe more gifts? Yes, those notes! 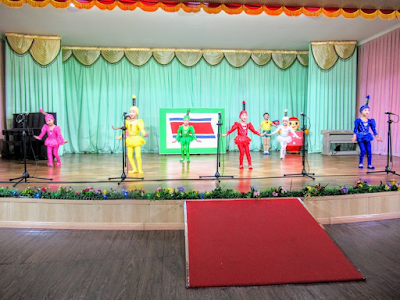 Sinuiju's skyline wasn't up to the standard compared with Pyongyang but word on the street was that Kim Jong Un announced a major expansion plan for the Yalu River City! Glancing at some rather vivid paintings gave me the only chance to freely take photos of the leaders without having the pressure of taking them at the wrong angle, it definitely wasn't stressful like it was in Pyongyang. Taking pint-sized to a new level, Sinuiju's Central Square could be seen in its entirety within a few seconds! Going for lunch gave us the chance to eat at the restaurant that was connected to a live power source that was fed from Dandong, China. Walking around a penned in park gave us an uninterrupted view of Dandong's skyline and the Broken Bridge. The park literally had its own perimeter fence, designed for Chinese shopping half day trips across the bridge made that small park extremely lucrative indeed. It was a lesson to understand how the Chinese tourists don't need any encouragement to spend their money up! Absolutely, SJU!

Our final place to see before crossing back into China was a local kindergarten. It had been handpicked for us to see, I was very intrigued to see their daily routine almost mirrored the Chinese system. Before taking our train back over the border into China we visited one of Sinuiju's most famous kindergartens, seeing for ourselves that some of todays bright hopefuls were schooled at that colourful and kind looking DPRK early years centre of education. Some Chinese kindergartens like to put on a show to their parents, well I need to be careful what I am saying! The children were so cute, like really cute! Their clearly choreographed showcase gave me flashbacks to my first Children's Day performance, those kids smiled like their lives depended on it! The brightly coloured hallways and showroom like classes reminded me of my working life in China, but let us kept certain details vague. Sinuiju may have been small but it showed us more than we previously had expected to see! Onboard the train, Dandong called us!