On The Borderline... Dandong, China!

Dandong had been a city that I had wanted to see before I found out travel to North Korea would be viable, the mysterious views from the Broken Bridge intrigued me to know more. Leaving the overnight train from Beijing to Pyongyang for the return leg gave me the opportunity to extend my 2019 Chinese Spring Festival trip. Serving Liaoning Province, China realness for days! 好的! 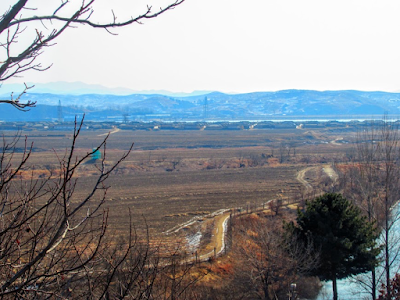 Crossing back over the Sino-Korean Friendship Bridge on the train from Sinuiju, DPRK to Dandong, China felt bizarre, realising that I had just spent six days in North Korea! I had to run from the train to the immigration channels, coming in from the North Korean side meant only two officers would be stamping people back into China. I said goodbye to Yuan, she would be taking the train down to Shanghai that evening. I met my tour guide, Jack. The evening was brief with some surprises but I was exhausted from the hectic itinerary that had been in Pyongyang, Kaesong, Sariwon & Sinuiju. Known for its borderline with the DPRK, Dandong shares its border with Sinuiju, the Yalu River separates the two nations and city's. I had seen on many documentaries that the contrast between Dandong and Sinuiju would certainly provide contrasting views for certain. The next morning I would get to see those striking views for myself, my Dandong addition would be the last day of my holiday. Being back in China was ace!

Bright and early the next morning I met my tour guide and the driver, leaving the city limits we had arrived at the Hushan Great Wall. Climbing just a short way from the entrance allowed me to see the crisp and near desolate views of the North Korean perimeter with China. The lack of life stunned me, the freezing cold temperatures definitely added to the eeriness of the view. My tour guide explained to me that it was forbidden for any objects to be passed from the Chinese side over to the DPRK borderline, he went on to say that the domestic tourists have to be monitored because they don't seem to understand the rules entirely. What was not to be understood? Being a fractious border, it really made no sense that people needed to be monitored when the signage clearly indicated the consequences to any rule breaking would be lead to! To think that I had seen some rustic scenery between Dongrim and Sinuiju that painted the picture that stood right before me. It was truly deserted! A was moment that I won't forget! 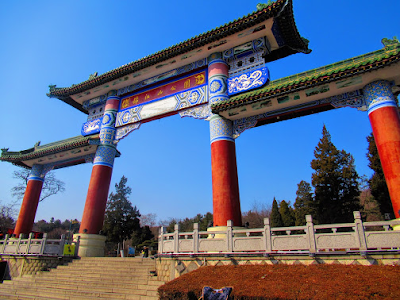 Jinjiangshan Park was the random mid-section stop to my day out in Dandong. After visiting the desolated views of the borderline from the Hushan Great Wall, it was time for short steep walk around that Dandong park. Being back in a real life scenic area felt nice, things had been staged managed for the group from the very beginning so those normal views within the park felt correct. I didn't take much in regarding the history of the park because to see people going about their daily business seemed more interesting, the feel of my previous location didn't have a natural feel to it, so getting back to something that felt like everyday impressed me more than historical facts. Getting back onto the road allowed me to find more out about Dandong, previously a very simple city on the banks of the Yalu River, it had prospered in recent years and with the shenanigans from its location with the DPRK border, it became quite the tourism honey pot with the transport link over the Yalu River. Yes, Dandong has grown a lot! So interesting, C!

Lunch found us to the Dandong North Korean Restaurant, the decor and costumes reminded me of those camp and colourful establishments back in Pyongyang. The stage was set for a show but during that freezing February afternoon it looked like there wasn't going to be any performance. Yes, the food that was served us sure tasted really good and I was able drink one more bottle of North Korean beer! Even though it was the early afternoon the restaurant had a steady flow of patrons, the smartly dressed servers who were either wearing business dress or in the case of the door host who wore a traditional Korean Hanbok, they were all flawlessly presented and undeniable beautiful! The group of ladies on the train back to Dandong the previous day were knock-out gorgeous and that's something out of character for me to notice. The day so far was going like clockwork but I patiently waited to see the Yalu River and the Broken Bridge in all of their shared and deserved glory! As luck might have had it, that beer revived me! Oh, Dandong! 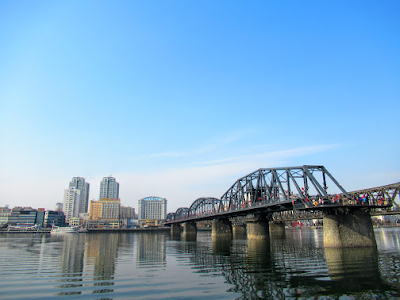 The previous day whilst on the North Korean side of the Yalu River, I saw the skyline and bridges that made up Dandong's showcase borderline. Taking a river cruise from Dandong's tourist pier gave me the chance to see the Broken Bridge for myself, with an up-close and personal view it was a sight for sure! The Sino-Korean Friendship Bridge looked tired, the new bridge needs to be completed in-order to give the Japanese repaired bridge museum status, or at least a damn good makeover! When that will be? Nobody knows! Dandong's waterfront was pint-sized but it was booming with business and many new tall buildings, whereas the Sinuiju side stood looking rather quiet and docile. My tour guide gave me the scoop about the shipyard that faces Dandong on the Sinuiju side, something told me by the quiet movements it looked mysterious enough. Looking back over at the view of the mild construction was bizarre from the Chinese side. The whisperers say Sinuiju is being built up to rival its Chinese border city? Now!

As suggested before, news from the DPRK has teased that Sinuiju is poised to be transformed into a modern border city, complete with a new railway that will make the current six hour journey down to Pyongyang into a speedy sixty minutes? Regardless, the experience along the Yalu River impressed me much! Back onto dry land it was time to have a walk along the Broken Bridge for myself, I had just enough time before heading back to the train station. The bridge itself came to an abrupt ending, complete with the concrete pillars in-view from the lookout point upon the bridge gave me a Birdseye view of the park that I had visited the previous day on the Sinuiju side. Stopping at a Sino-Korean gift shop had to be done, I wanted to see if I could get some more trinkets for my DPRK themed language materials. Boarding a god-awful night train to Beijing had to be done but why on earth had I not questioned the bunk type before the trip? Leaving Dandong, I could close the final chapter to my DPRK/China trip! I needed sleep!
丹东市, 非常感谢!
Joseph Harrison