I had no idea about Itaewon, that foreigner central area would play havoc with my head and chakras! Settling into my hostel, I felt a certain thirst for Soju. It would be in the homeland of that drink, things were going to get turned up! Seeing a certain sight that intrigued me kept me wanting more! Thankfully I had things to buy the next day, Seoul wasn't going to mess around! 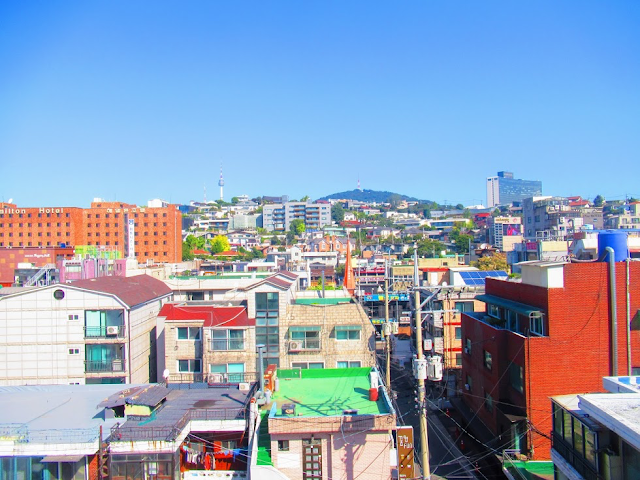 Feeling completely foreign, I ended up at the wrong station on the Seoul Subway because I was too busy checking out the talent. Finally arriving at G Hostel in the heart of Itaewon didn't need much to start me. It was a match made in craziness, those boozy Soju nights had come to real life, with my phone charged I walked into the night with full force to find a certain hill. I found one bar open and being the wrong side of the weekend, an underground club was also a welcomed surprise! Getting my first holiday drinks on I luxuriated in the fact I was in a foreign country, but no WeChat or familiar words were found. Getting a snap with Lily Savage's long lost Korean sister impressed me much! Not feeling complete with the night I bumped heads with a familiar sight, getting the things I needed I made that move possible. A certain bar kicked off the night just right. What went on that night made sure things got damn right scandalous, it was nasty good! I hadn't done much research but things had sure fallen into place. Hyundai, what???

At the other side of a magical and surreal experience I got myself together the best I could. I was out of China, in another country that I had been looking forward to explore and then some! To be honest I hadn't really paid much care till the night time on the first evening as many people do on the first night of their holiday. Cracking open the Soju I enjoyed that strong drink and then some, for the extras that carried on I am not prepared to say. My first night and second morning in Seoul had a certain edge to it, but with that certain difference it wasn't going to be a problem. I knew what I wanted, I got just that! Only vacating that situation would give me clarity that morning, Seoul had shown me many colours! Immediately, I had embraced things to their fullest, things weren't going to have their second chance saloons. Making my tracks back to the hostel in the mornings light gave me the confirmation the night had been full of mysterious twists and turns. Was I expecting this? No! The photo is of the morning after the night before! 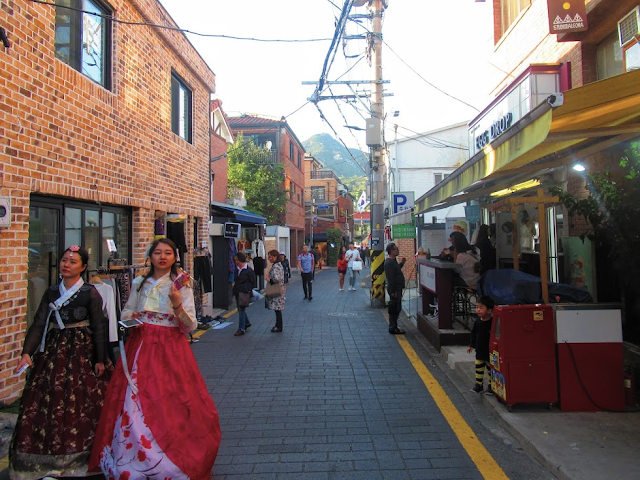 Embracing an almighty hangover and having experienced something extraordinary, I pulled myself together to see a slice of Seoul, South Korea. Korean Fried Chicken and beer sure saved me during that early afternoon. Before that I hit the free coffee at the hostel, that was a good start, after five cups I found myself near Dongdaemun Market. If truth be told I felt like death but I needed to move on. The shoes didn't impress me but after a wrong turn I found a whole street made up of toys, it was a preschool teachers paradise with all of those goodies. I was genuinely looking for a Hanbok that would fit a little girl, it would take a little longer for that to happen. Beating the tourist prices I bought some unassuming magnets to the normal eye, after my Montessori training I had to get them! Those magnets have brighten up the morning learning for some of the girls in my class, Dongdaemun Market allowed me to find things that the students are learning a lot from. I wanted my holiday to help my professional life. Yes, Seoul was the one!
Getting closer back to Anguk station was the plan, finding Yulgok-ro Sam 3-gil in the process was lovely, it was somewhere that I had wanted to see. Unknowingly being inside Seoul's Bukchon Hanbok Village set me up, named after the streets for some reason I am not sure? The shops and feel of that cute street had me in my feelings for sure, I felt that holidays should be spent outside China since that chilled out moment, the mayhem had left me for once, something didn't feel right but it was alright. At first I was looking for Gyeongbukgong Palace, something somewhere told me that I wasn't going to be entertaining anything serious. I really made my best efforts to familiarise myself with the location that surrounded the palace, I wanted to be on top for the next day. Through my tender state I loved the vibe within Seoul's Bukchon Hanok Village, regardless of how many time I get to see this place it will be like the first time each time! I knew in that first moment that in some capacity, Seoul hadn't seen the last of me! Sunset? Go! 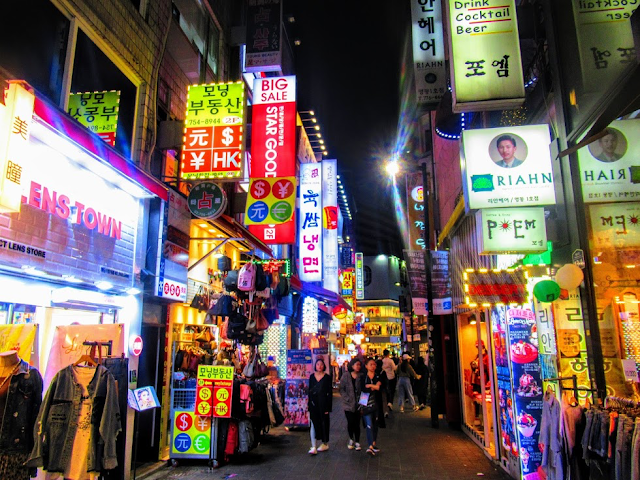 Arriving into a million lights, I was looking for a scene that I had seen online, but in those situations a preconceived view sometimes looks better or worse compared to the actual sight. I felt like I was in a Channel 4 interval, those neon Korean lights  had me gooped! The signs were projected a lot before my very eyes, I lived for every moment! Those magnets were on sale but the price hike had me feeling good, I had grabbed the best deal at Dongdaedon Market! I shunned the top price foods within the tourist appropriated Myeongdong area, it was a place I had originally planned to stay within but the hangover made the move more than justifiable. Did I catch a glimpse of a Miniso? Yes, those kind of shops were in an abundance, but they were without that famous red logo seen at all. Those glittering lights were the entertainment for me that night, I really wanted to sample some of the food that was being sold at the Subway Station but my stomach knew that I needed that Itaewon kebab! Oh, Myeongdong had been everything!
The day had been long and I had seen a lot compared to the mid-morning arrival back to my hostel, that morning coffee call saved my day for certain! The dawn saw a lot of madness for a great reason but I got things together to see a slice of the city, I got my life! Dongdaemun Market supplied all I needed for the new Korean items for my October English corner centrepieces, getting to Anguk I found the perfect Hanbok Korean dress that wasn't from the streets with a tourist mind. I wasn't going out that night because I was feeling badder than bad, I needed to sleep in order to get through another twenty-four hours of my South Korean trip in Seoul. Making my way back to Itaewon, the day had been full-bodied and for that I was thankful for that. Considering my hungover state I carried on with my day, I hadn't travelled that way to rest! Seoul and I needed to have words! My first full day in South Korea had been everything and more! I wanted a kebab and to sleep! I had fallen for Seoul in the best way! SL, I needed a map!