My weekend in Wuhan was full packed with more and more sights! I accomplished a lot, I needed to create a second Wuhan post. Leaving Guanggu for the moment and Qin Tai for the day, I wanted to see Hanyang Art District and River Park to conclude my Hanyang flex. From a delicious bagel to a mad night out, my weekend concluded with a sweet reunion. Wu, I'm home! 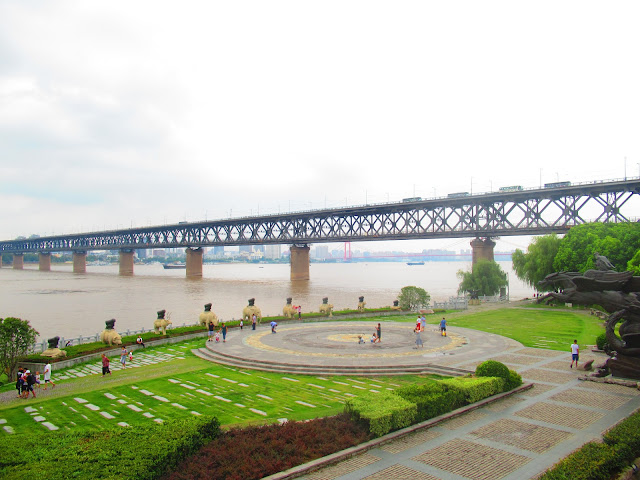 Leaving Qin Tai behind me I only had to walk across the road to find Hanyang's own art district, I had no idea such a place existed whilst I lived in Wuhan from July 2015 to August 2017. My pre-Wuhan comeback research provided some interesting options for me to explore. The art district itself was compact and quiet, it was considerably less crazy compared to Beijing's 798 Art District and for that reason I was thankful because I had left the capital behind me for the weekend for a smaller Chinese City. Keeping my MoBike close by I was able to peddle around at my own pace without any worries regarding the time. It was such a full circle moment, I felt so at home! I found a quirky coffee shop that was housed inside a crater, bright pink in colour with a turquoise VW Beetle parked outside the front, it was an intriguing sight! The coffee and cake was nice, getting a moment to plan my move to the riverside at just the right pace. Wuhan City felt like such a different city but it was just the same way. Hold tight Hanyang District, you slayed!

Biking down to Hanyang's Yangtze River Park helped me glide down memory lane as I passed Hanyang's Guishan Park, the sights became more familiar as time past. The gates to Qingchuan Pavilion reminded me of my October 2015 day trip, such time had past but things still appeared to look the same from that point of view. Climbing the few steps to see the view overlooking the river park and the mighty river took me back to day one, memories from my first visit to the Yangtze in Wuhan came flooding back. I felt centred in that Hanyang River Park moment, it felt correct once again to be back, I was able to see Wuhan's huge waterway through new eyes with the same fondness as before. I had realised Wuhan had given me the platform to work towards Beijing, with a base and a career it was a home I wanted to give my regards to. It was a humbling moment, taking several seats I marvelled at the view, no second chances would be allowed during that trip! Hanyang helped heal that angst I had attached to Wuhan! No W, I wasn't mad! 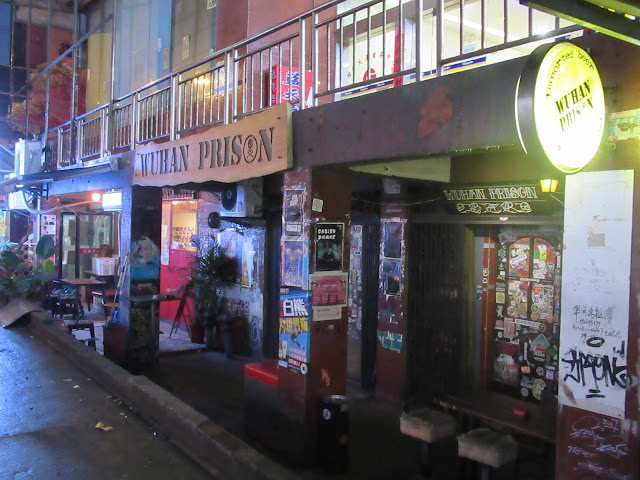 Heading back to Guanggu had to be the one, battling the crowds at Optics Valley wasn't something that I had to do! I embraced the moment, I allowed the hustle and bustle to pass me by and make the experience that bit more Wuhan. Entering World City to see the difference I was sorely mistaken to see things looking pretty similar compared to what they were before I left in 2017. Getting my hair cut at the usual SourceMe had to be done, moving through to a quick stop at Carrefour because if truth be told I just wanted one more nose around! Feeling hungry I moved on from Guanggu and those familiar sights with nothing but fondness and a feeling of progression. Wuhan Prison had been one of the first places I had got boozed up in the city back in 2015, three years later I was able to dine at the one time brands very own 'Prison Bagel'. I wanted to see if the hype was true, I was served a lovely bagel with fries to start my night out just fine! Wuhan Prison had changed lots! I'll return for a few beers soon! I was so busy, Wuhan! Oh!
Getting my glad-rags on, it was time to make my way over to my friends place for pre-drinks before another amazing All Stars night out. Being dropped off in the wrong place I stumbled upon a vibrant street scene, it was something that I don't see in Beijing anymore, taking that street scene in to the fullest it impressed me much! My friend and former colleague Mark had found my location, the taxi driver had dropped me off at the wrong location as per usual those taxis and their drivers hadn't changed, truth be told I did sense a familiar surrounding but no I wasn't entertaining that vibe! Boozing it up, the night was mad with many drinks mixed up that night. It was insane to be back at the club that housed my final night out in the city before I took my flight back to the UK. I made it back to my hotel just after sunrise to catch a few hours sleep before a special reunion that would take place in a few hours. Wuhan provided one full-bodied day for certain! WUH had me in a state! Things had not changed, I was so in love with Wuhan! 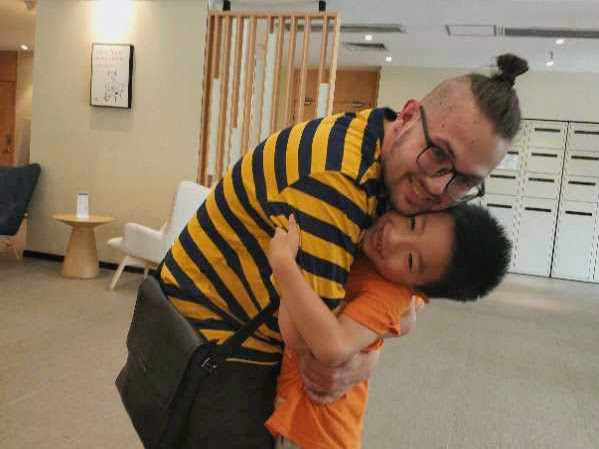 Concluding my Wuhan weekender, I had planned to meet with the parents who had dropped me off at my hotel on the night I had arrived in Wuhan. Being jammed pack busy on the Saturday, it was set we would meet on the Sunday morning at my hotel to be reunited with their son, Joy being his English name was my student at the kindergarten I taught at for two years, he loved me and I adored him! One day during a school trip he said in front of his parents that he loved me being his 'English Dad/英国爸爸', so I called him my 'Chinese Child/中国孩子!' That was his pet name for me, cute but definitely something that wouldn't be acceptable in the UK. The reunion was exciting and a little overwhelming for Joy to handle at first, he went a little shy till we got to McDonalds on Han Street. I had promised to buy him whatever he wanted to eat and drink. Being against company policy I now send Joy a 'Red Packet' for Christmas and CNY because as his teacher I would have gotten into a lot of trouble! Seeing Joy was lovely! So, it was!
I wasn't feeling absolutely awful due to the previous nights drinking and shenanigans but I was lively and played my part. We visited a children's play arcade, I took part in most of the activities with Joy. We had some lovely Cantonese food for lunch, the language barrier was apparent but his parents tried their best and my Chinese has improved since being in Beijing because for the capital the level of English spoken isn't how I remembered being able to get by in Wuhan! Those eager uni students! Going to the cinema was nice, I had never been to see a film within the Han Street area during my time living in Wuhan, it was all about new experiences second time around that August weekend! Finishing with a steak dinner, the day had been beautiful and I had been truly spoiled with a great day out and to see Joy again was simply priceless, no amount of money was needed to see his smiling face again! Without any question, Wuhan had surpassed any previous comeback trip expectations! Wuhan City, just try and stop me because I'll be back!
The Comeback Kid!
Joseph Harrison