Short haul flights don't impress me much, after experiencing a lull I was fortunate enough to take three long haul flights within two and a half years! Jetting to and from China I will look back at those Asian and European bound flights. How was the food and in-flight entertainment? Were the cabin crew fabulous? Did those long-reach flights land on-time? 安全带! Let's fly high! 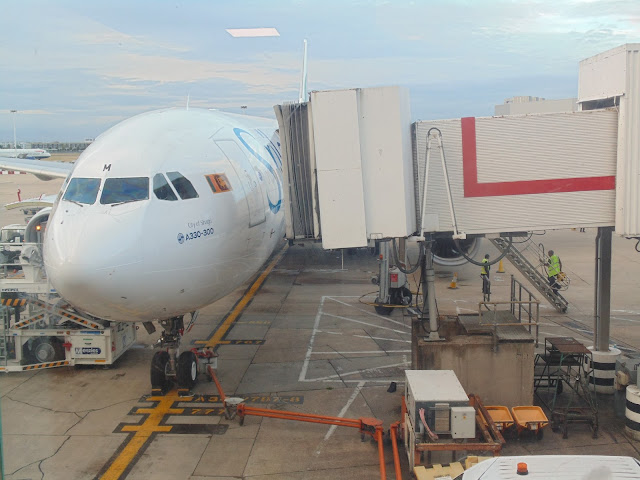 Checking into my Sri Lankan Airlines flight kickstarted my 'China Dream', after bidding farewell to my parents it was time to process the delay and the possibility of missing my Shanghai connection in Colombo, Sri Lanka. Boarding was something that reminded me of my Virgin Atlantic days, those Sri Lankan elders had me thinking of those VS300 connectors. Taking off felt like an epic relief, relaxing into my seat it was time for the evening meal. I dined on a fabulously delicious curry dish, served with Ceylon tea. I loved life as I watched 'Meet Me In St. Louis' on my setback television screen. So far so good, Sri Lankan Airlines wasn't my first choice, it was my moms because it was cheaper than other shorter or direct routes to Shanghai, China from London Heathrow. That flight saw me start my 'Flying High...' blog series, revamping previous flight blogs, so I've built up ten instalments from my long and short haul flights. After some years, it was great to be on a long haul flight once again! I was going to China? Yes, I was!
Venturing to the galley I asked one of the crew members about the connection time in Colombo? Several other people were on connecting flights and by the looks of it, Colombo had been called to hold the flights. She assured me that we would arrive with plenty of time and with Colombo being such a small airport it was going to be fine. Plucking up the courage I asked two female crew members for a photo, they accepted and this helped for my first seriously assembled long haul flight blog. Night turned into day, the first twelve hours of my journey were over because it was time to touchdown into Colombo Bandaranaike International Airport. Rushing through security it was a race against time to reach the Shanghai gate, as soon as I arrived at the gate it was time to board, it felt great to have had made that connection! The flight onwards to Shanghai was smooth, the food was fine and the crew were friendly, the long journey and lack of sleep had me tired! Landing into Shanghai felt utterly surreal, I made it to China! Thanks, UL! 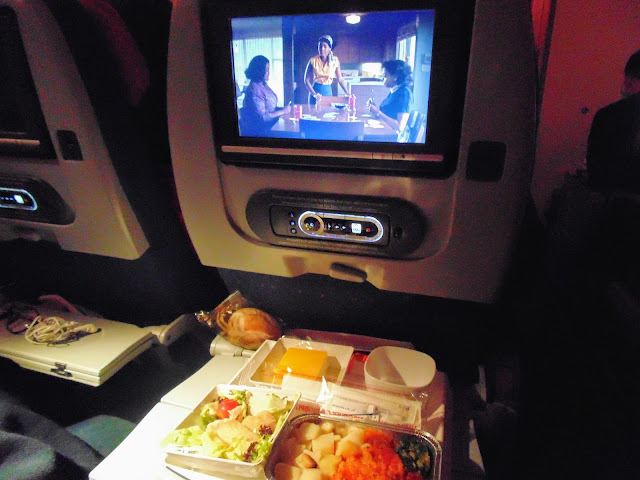 Upon leaving Wuhan I took a high-speed train to Shanghai to board my Heathrow bound Aeroflot Russian Airlines flight via Moscow Sheremetyevo International Airport. Booking Aeroflot was purely for the budget price tag, Wuhan had no reasonable flights back to England, taking a chance on Aeroflot had to be the one! Boarding slightly late in the dead of night at Shanghai Pudong it felt like a miracle after the Wuhan train! Svetlana got me an aisle seat, the passengers on my original row were not cooperative and I didn't have time for their pettiness! That Russian crew member got me my aisle seat within five minutes or so, it was great! No bars held, she knew what to do! Hospitality onboard my Moscow bound flight was surprisingly good, the cabin crew were attentive and gave me life when they started to talking Russian to the local passengers who didn't understand English, their direct way of service impressed me much. No, those passengers didn't give the crew the easiest of flights! манеры! резкий! Translate that one!
Heaven helped me! How I nearly had to cross my heart and say ten 'Hail Mary's' because the pilot made a shock announcement that we had to land at 10,000ft! No abrupt mid-flight landing needed to be made but it wasn't something I wanted to hear! Considering the reviews online had been dreadful I was pleasantly surprised the food was tasty and the in-flight entertainment was plausible for a medium haul flight. Speeding our way to Moscow it was a comfort to be on my way home, transferring was an experience after a heavy touch down into SVO. Flashing my British Passport I was allowed to board without a visa check onto the Heathrow flight, I had never seen such stringent checks at a boarding gate outside of the United States! Arriving safely after a short hop from the Russian Federation it was a blessing to see the legendary views of Central London and the River Thames! Aeroflot got me back in one piece, no severe turbulence was felt and connecting to my London flight in SVO was fine. Aeroflot Russian took me home! 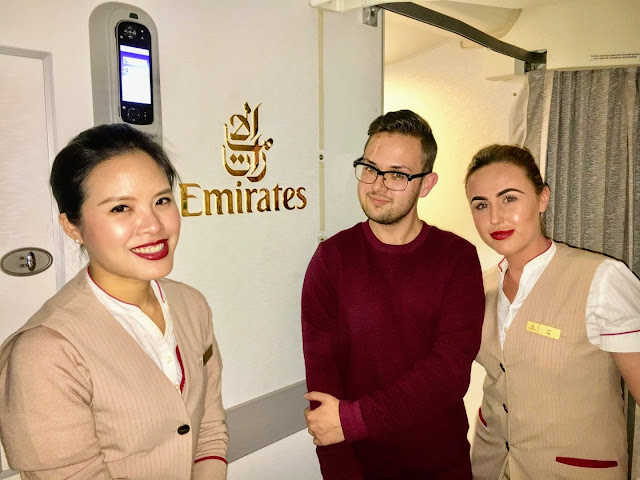 Becoming an English Teacher in China happened, whereas becoming a flight attendant for Emirates clearly didn't. Fulfilling another long haul flight dream, I banked my coins from my last China pay-check to secure my seats on an Emirates flight from Birmingham Airport to Beijing Capital via Dubai International Airport. Stepping onto that mega Airbus A380-800 was insane, it was mad to think that super jumbo was actually going to takeoff with all of that body! Smoothly I departed Birmingham to a three course meal with a generous flow of Bacardi Rum for the win! The crew members in the nearest galley were so gracious, agreeing to pose in a photo with me for my Emirates blog feature made me happy! One of the crew members happened to be from Coventry, she was so sweet and made sure my cup was filled with Bacardi and Coke throughout our conversations in the galley. I spent most of the flight chatting with the crew and other passengers at 30,000ft! Was Emirates trying to get me drunk? EK, I think so!!!!!
Touching down into Dubai International bang on-time, I low-key stumbled off my flight with bags of complimentary feedback for the crew members who made my flight! That special, I bagged a self with the Emirates hat on! Dubai International Airport shone bright like a diamond, seeing those Arabic signs made me feel like I was in a National Geographic airport documentary about the airport that I had watched to the series entirety! Finding the gate for the Beijing flight with ease, I knew I was going to the right place because everyone had hot water and instant noodle pots! The second flight was really quiet, the crew stayed in the galley once the service was over, still getting my beverages for the win it was a chance to relax before touching down into Beijing Capital. Without a doubt I would fly with Emirates Airline again in the near future! Sri Lankan helped me make my Shanghai connection, Aeroflot Russian Airlines told it like it was and Emirates served it right! Hong Kong's Cathay Pacific is next! Yes, A350-900! I love flying!
Water, Coffee, Tea? No, Bacardi & Coke!
Joseph Harrison