Life is one big departure lounge for me, if truth be told I haven't done too badly since my last list of places that were featured in the last instalment of this blog series. I committed to a Korean connection with flights and a hotel booked for October 2018 and I made it to Beijing, China for work. So, Singapore won't happen just yet but I will stick to keeping my Taiwanese promise! 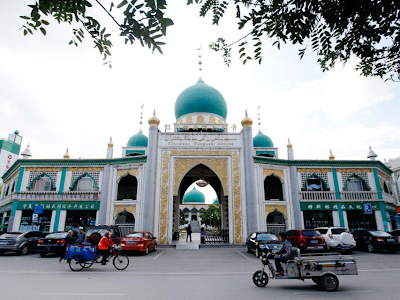 Back in China I had a new fire to commit to those places I mentioned during the last blog about my travel dreams. I experienced the heavenly city of Lhasa in the Tibet Autonomous Region during May 2017. Being in Beijing for work has been great but I haven't seen so much of the city so far, I have a lot on and for that I have cut myself some serious slack. I added new China places to my list by visiting Xiamen, Tianjin, Changchun and revisiting Shenzhen and Suzhou respectively. Those new discoveries were great but it was amazing to revisit those cities that harboured a special connection. Booking a cheeky flight the other night to Wuhan for August 2018, I am genuinely excited to revisit the city that housed me for two years, it wasn't a decision made lightly to return so soon but I need one of those Wuhan messy nights out and a stroll around the Optics Valley Square to see if the construction has finally been finished! Wuhan!

My overnight train to Lhasa, Tibet allowed me to see Lanzhou for a second, I plan to revisit that Islamic infused city in 2019 but before that I have ambitions to visit Ningxia Hui Autonomous Regions own Yinchuan during 2018s Mid-Autumn Festival. The sand lake scenic area looks ever the deserts mystery along with a healthy serving of Hui Chinese food for the win, plus its where the best wine in China is cultivated so I would be a fool not to try and see all of it! Mentioning before about Inner Mongolia, I have tracked down a tour company that offers a more intimate tour experience, its going to happen sometime in 2019 I reckon. Xinjiang will happen but I haven't got a clue when because it's quite faraway from Beijing and requires special planning like Inner Mongolia or even Tibet. Hainan Island will be discovered eventually, I just haven't got the time with all this planning! Even though I have almost visit forty places within Mainland China, there's no end to my Chinese travel experiences! 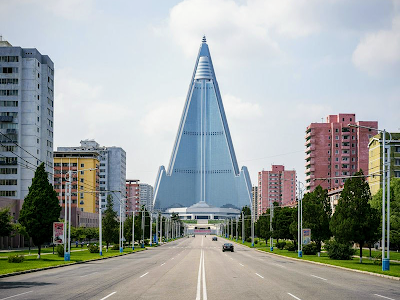 I must admit I spent time mentioning my desires to visit the Korean Peninsula but I have booked up for October 2018 to Seoul, South Korea. Getting those Korean Air flights and a budget hotel only metres away from a metro line in central Seoul, I am genuinely excited for that Golden Week to arrive! I am really looking to getting some plastic surgery, maybe a few injections of lip filler or a light course of Botox! Joke! The bright lights of Itaewon are really in my sights, with a bottle of Soju in hand I'm going to be a drunken mess for the whole five days that I am there! Gyeongbokgung Royal Palace looks like a tough one to say no, also a view from the top of Namsan Seoul Tower at nights looks like an electric opportunity to seek a class view of the city! Being my third international trip aside from Hong Kong and Macau from 2016, I am genuinely excited to takeoff for Seoul, South Korea! Give me some.......!

Things have been pretty hot on the Northern side of the Korean Peninsula with various summits in Singapore and the nonchalant crossing of the DMZ during Inter-Korean talks, leaving me with more of a fire to see North Korea more than ever! Bolstering the fact I have officially booked up to visit Seoul, South Korea leaves me with an even bigger curiosity for the North! The only issue with visiting North Korea would be securing a place on a legitimate tour, there are many reputable tour agencies that run tours to the Hermit Kingdom but The Young Pioneers looks like the one I will choose for National Day 2019 because I can work it around the seven day holiday I will get during that October, leaving a day or two aside before returning to work. The tour itself begins in Beijing and I would be choosing the flight package as I plan on remaining twenty minutes away from the airport. Money for this trip won't be an issue, like other trips, this North Korean week will be a one time thing! 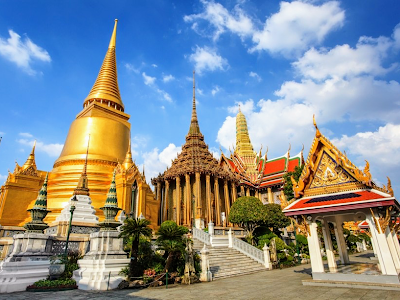 2017s contractual conditions meant I couldn't have my Christmas holiday in 2017, making up for that misfortune I am looking at a two week trip to Bangkok, Surat Thani and Koh Pha-ngan in Thailand. I am planning to touchdown into Bangkok with Thai Airways from Beijing before Christmas Day to spend a few days in the city of Bangkok to see and sample the delights of that capital Thai City! The Grand Palace looks amazing, one place that I have claimed for my Bangkok bucket list. I'll probably stay along Khao San Road but I'll be looking for the rainbows because I've heard Bangkok has that something extra after the sunsets! My plan is hazy at the moment because my days aren't certain yet and money needs to be put aside for flights, hotel and other business to fund my Thailand winter holiday. Chiang Mai was a tough contender but I need some island life and there's no direct flights from Beijing to CNX! Siam, I'm excited!

Leaving Bangkok I plan to take a night train down to Surat Thani, meeting my final destination in the middle. Transferring in Surat Thani for the island of Koh Pha-gnan I am currently looking at tours I can take from that paradise island, money is no question because damn right it looks like heaven on earth! I reckon after the buzz of Bangkok it'll be nice to take it easy along the beach and take some trip into the island jungle, I'm ready to be that  adventure seeking jungle diva! The beaches look lovely and maybe I could be persuaded to try some Yoga, it's going to be something different because I don't like to relax whilst on holiday. Taking a flight back from Surat Thani to Bangkok to chill for the night I plan on flying back to Beijing before the eve of 2019. I am hopeful all of these plans will come to fruition and that I'll see Thailand. So, I want to make up for being at work last Christmas compared to my 2017 Yunnan Xmas jaunt that took me to Kunming, Dali and Lijiang in China. Go Thai! 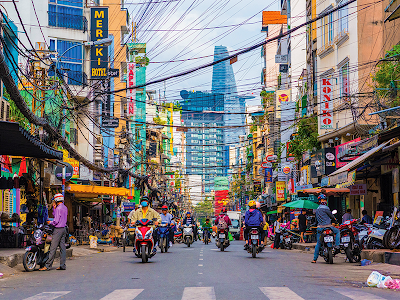 Way into 2019 or possibly 2020 I am eyeing up a jaunt to good old Miss Saigon, not the musical no! Vietnam's two bookend cities are on my distant horizon with a Vietnam Airlines fly to Hanoi, then to Ho Chi Minh City before concluding in Nha Trang! Getting to grips with Hanoi's French Quarter and Ho Chi Minh Mausoleum sounds like both a sound cultural and sobering plan. I have seen many photos of Hanoi's during my pre-booking trip research and it looks amazing, just something like I have never seen before! I'll be looking for the best Pho Noodles and Peanut Butter Rolls, oh Vietnamese Iced Coffee is on my foodie wish list! Flying down to Ho Chi Minh City to capture the history of that former Vietnamese leader looks like a good potential move? Miss Saigon will hopefully show me the War Remnants Museum and the city's Ben Thanh Market for the win, but I am hoping to see more French Colonial Realness! Vietnam's got beaches?

Yes! I'm looking at braving another night train but that'll be from Ho Chi Minh City heading north to Nha Trang for a few days beside the sea to do some exploring and relaxing by the beach to zone out from Hanoi and Saigon! Sights like Po Nagar look great, to be honest I don't really know what I am going to find because it's a while off yet but its something to keep in my minds eye for the not to distant future. Honestly, I am planning these trip to create three new international flight blog reviews! Korean Air, Air Koryo and? Whatever Hanoi, Saigon and Nha Trang show me I am sure will be truly blessed and for that I love my life here in Beijing, China even though the going gets tough sometimes, a new potential Asian destination gives me life! China is a continuing journey, the Koreas are going to get seen and South East Asia will be my next long haul travel odyssey! Oh and 2019 Christmas is looking like a hometown family affair then with Singapore Airlines for a Singaporean stop!