Getting back to China took some going, it was something that I had to do! Leaving Wuhan was a bitter pill to swallow but Beijing gave me the tools to paint my next chapter in China! Taking off to new heights with Emirates, I was fronted with a new adventure! I was ready and very prepared! Was I? All in all I felt a sense of homeliness being back in China. Beijing, let's get it, B! 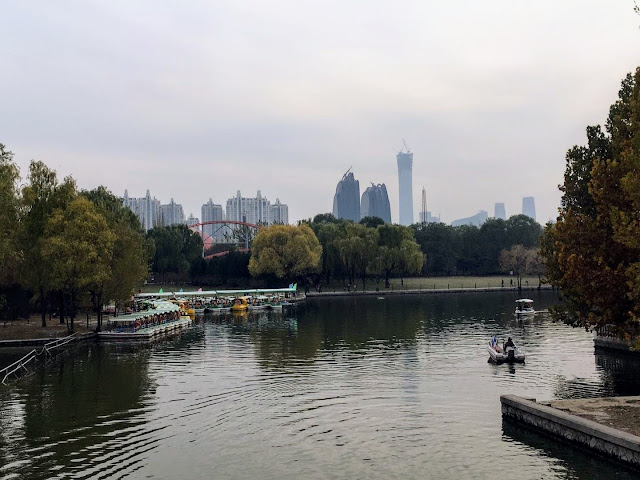 Packed and ready to fly, I had already been through a mountain of visa turmoil but booking my ticket with Emirates afforded me a pleasurable flight from BHX to Beijing, China. Watching my Chinese film, eating my good food and chilling with the crew, all of those things had to be done! My crew were fantastic, it wasn't feeling real that I was going back to China, I had a mission to be a lead teacher and I wasn't going to let anything get in my way! Gliding into Dubai International Airport, I kept my p's and q's in place! Boarding the second flight felt like a mirror image to my Shanghai-Moscow flight, those similarities challenged my intentions to return to China, of course I was certain! Meeting my prospective Chinese principal, I was welcomed into Beijing, China to a warm welcome considering the customs staff stopped me! I had a temperature that was deemed unhealthy? It was a crazy experience, in that moment I knew that I was no longer in China's Wuhan City! After drinking some water, I was immigration cleared.

The jet lag wasn't pleasant, I wasn't impressed by the haphazard construction around the hotel that I was staying in but it was the one. Getting property things sorted quite quick, I braved the Beijing Subway! That gargantuan 'Mass Transit Rail' fooled me something rotten the first time. Mistaken by the silent platforms, no I wasn't going to have any luck when each train was full to the brim! I made that moving day happen regardless, what other choice did I have? Bank dramas came back into my life, listen ICBC because going back to Wuhan wasn't a viable option to close my previous bank account! No! Moving to a suburban area, I had only seen Shunyi District from Google Maps. At first glance, it looked mad quiet and I didn't know how to feel about that. This time around it wasn't going to be plain sailing, Wuhan hadn't been a kettle of fish so I was getting ready for the craze! I was within the 'money compound' ready to start the next chapter of my adventure with a certain Bilingual Montessori Kindergarten. I would be fine. 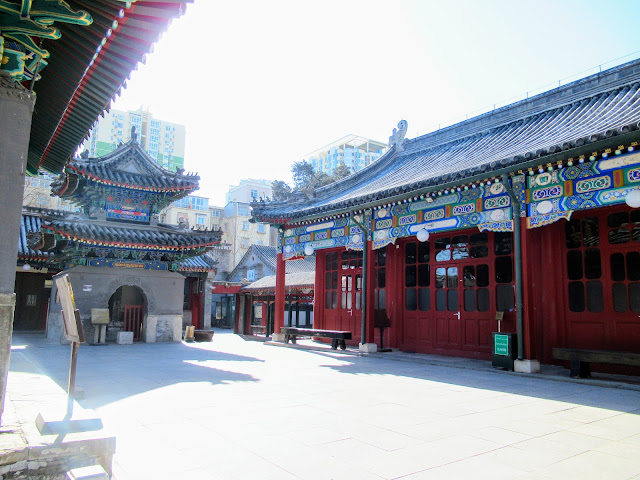 Settling into 'Beijing City Life' I managed to see the National Stadium and the surrounding Olympic venues during one of my first weekends. I did not have grand plans to see Beijing in a hurry, I knew Beijing would have its own plan for me. I embraced my work life, it didn't bother me that I only saw Beijing's Muslim Street and a few other places in the city. Christmas 2017 was strange, it really didn't feel right to be working as my winter holiday had to wait for December 2018. Like it was really weird! Sure, I will be making up for it in 2018! It was definitely time to get out of Beijing for the first time, 2018 first weekend saw me take the train to Tianjin to see what was good. I enjoyed the colonial style streets and the Tianjin Eye a lot. It was nice to quit Beijing for one weekend and to discover another city in China. Tianjin was a pint-sized Municipality offering me a boozy night out and some interesting sights, the cold was intense though! Work was crazy, I had a lot of challenges ahead of me. Nothing good comes easy, no Bei!

Returning to work in January 2018, I saw small parts of Beijing because I was super chilled about seeing things. I had throwback and new concept blogs on the go, it wasn't going to be an issue. My new apartment was amazing and of course it still is, now I have a home rather than a place that is for a few months. Shunyi District and my inner community might be a contrast compared to Guanggu, it is rural but there's a sense of elevation for sure! OK, no more nursery it was into the Casa for some introduction to my new students, I wasn't prepared for the craziness that would greet me! Montessori came into my life, it was something that I wanted from Wuhan and in Beijing it became possible very quickly. The training schedule had me questioning my personal time, I wasn't giving up vital time for resting and self-restoration! Beijing, are you sure? There was a level of excitement to learn new aspects of the Montessori method but I needed time! I wasn't worried, there are no mistakes and I believe that truly! I knew to keep going. Go! 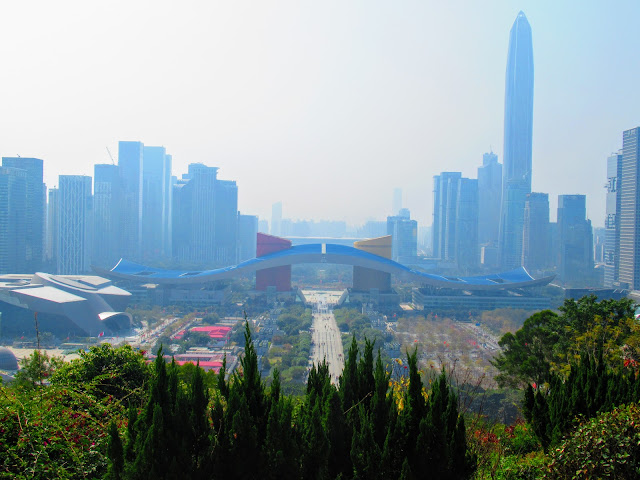 Spring Festival came round at the right time, I flew down to Shenzhen to spend a week along South East China's coast because I could! Revisiting Shenzhen allowed me to see a city that I briefly passed through during my 2016 trip to Hong Kong. Seeing the difference between those two borders was extraordinary. Being refused entry over one border to Hong Kong, that was real fun but my Dim Sim breakfast was fantastic! Looking at the border point I crossed gave me some serious memories, it felt very real! Shenzhen had something to show me, it felt right to return after my fractious border crossing into Hong Kong. I found Huaqiangbei during a quieter time, that commercial centre that sold everything electronic was closed due to the holiday, I enjoyed the deserted main street. The border at 'ZhongYing Street' had thrown some shade my way, bidding that side of the city, later on I chilled out with a beer and some fancy eats at a fancy HK owned hangout. Taking the time to see Shenzhen had paid off, it was Fujian time! XMN called!

Taking the High Speed train from Shenzhen's North Railway Station to Xiamen, I was fronted by a sea of people! Xiamen gave me drama but I enjoyed seeing all it had to offer even though I couldn't get a ticket to Gulangyu Island on the ferry. I wasn't overwhelmed by the crowds because I have a way to deal with those chaotic situations, life in China second time didn't faze me, well only sometimes! But 2019's Spring Festival will definitely be spent outside of  Mainland China. I am thinking about the possibility of either Taiwan or North Korea? The last six months have flown, flying in during the winter I am now nearing the summer months! The beginning of the spring semester definitely turned the heat up, I was ready for whatever was going to come my way! Beijing life has been a series of highs and lows and I haven't really been out in the city during the day that much it's still going to happen, I don't want to see everything too quickly. Life was about to change once again, Beijing definitely keeps me on my toes! Oh, Beijing City! 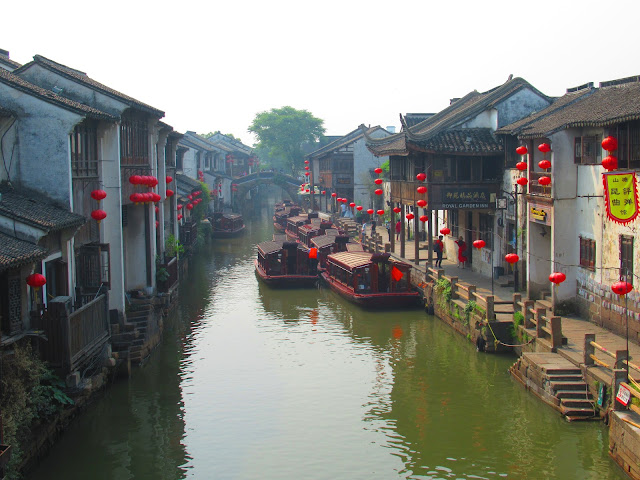 When work got crazy I looked forward to the next holiday weekend, the next break after Spring Festival saw me taking the night train from Beijing to Changchun. I had given this Northeastern city the cold shoulder during 2017s Spring Festival, I wanted to make amends. I lived for Changchun's brutal Japanese history, it was very dark in places, but I got my KIA on at Mr. Panda Club! April had me on the move again, taking another night train but to Suzhou. I was meeting a friend who would accompany me for the trip. Revisiting Suzhou gave me the chance to see how much the city had developed since my 2015 training week. Discovering new things such as; Shantang Street, the Lingering Garden and Hanshan Temple felt amazing because I didn't have the chance to see those places first time back in June 2015. Yes, I still have Datong in June and I'm very excited about that weekend! Hanging Temple, I'm on my way! I'm absolutely making the most of this convenient Beijing location, these transport links hit differently! Yes, B!

Let's just say something sweet has come back into my life, life will remain in Beijing for the course but wider horizons are meant for the future. May 2018 has practically been about work and my Montessori training. I am now leading my own class and that has brought up some challenges but all in all it is amazing to say that I have worked for all this! I honestly never thought that I would have all this by the first six months, its something that I know I still need to work hard to maintain! On the travel side of things this first six months has afforded me to see six cities with five of those places outside of Beijing, I have Datong in June and flights home have been booked for August. Things will continue to be nonstop! Here's to surviving the first six months and to doing even better in the next six months! Beijing, I promise I'll ditch the booze and make an effort this next half year to see more of your cityscape! I can't do that! Blue drinks!

Life's Beijing Ready? It is!