Changchun had been a place that crossed my path during a bullet train journey from Harbin to Shenyang, a feeling that I would return eventually filled my heart as that train stopped briefly at the city's West Railway Station in February 2017. Stepping onto the platform from my overnight Beijing train at the dawn of 2018's Tomb Sweeping holiday, I kept that promise! Much better, C! 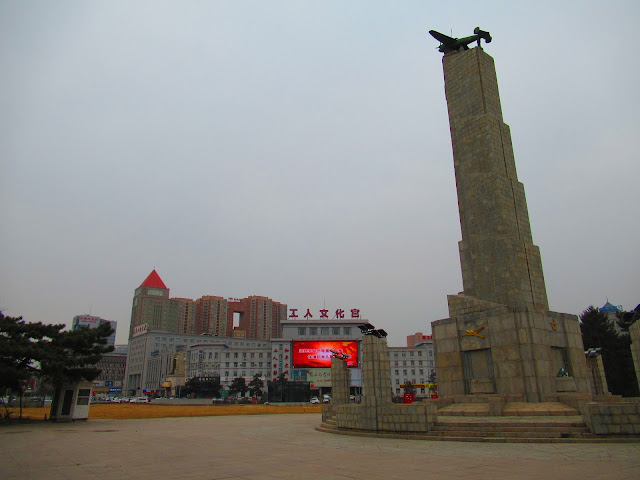 Yet again the naysayers continued to pour out their worthless noise, I stood firm booking my train tickets and hotel to Changchun for China's 2018 Tomb Sweeping holiday weekend. Wedged in-between Heilongjiang Province to the North and Liaoning Province to the South, it had been a place I had left behind during those bitter temperatures during 2017's Spring Festival holiday week. I still had a mission to revisit one of the key sights linking the historic and bloody Japanese invasion with its former puppet emperor to boot. Waking up with the rising sun, my overnight train from Beijing approached Changchun's main Railway Station. Choosing to maximise time spent in that Northeastern city, I had left for the train straight after work the previous day. Hot on the heels of People's Square, I was straight on the metro. It felt surreal to just have my rucksack thinly packed, it definitely made me feel like I had forgotten something? Of course, I had everything packed for that whistle-stop trip up North! Get into it Changchun!

The vast expanse of Ren Min Guang Chang gave me life, it was amazing to finally be in Changchun, another 'non touristy' city within China that was my 33rd city visited within Mainland China including Hong Kong and Macau. The early morning hour was apparent, the traffic wasn't so hectic, giving me a sense of the scene. I had wanted to see the Japanese past. Eyeing up the large banking headquarter like buildings that were anchored at each side of the huge square, it was easy to see the Chinese flag flying proudly over what looked like a government building. Deep down, I was looking for one of the 'Eight Departments of the Manchukuo'. Looking for a caffeine kick I had to settle for breakfast at KFC because Starbucks didn't open for another 90 minutes, I was on a mad thing because it wasn't even 7:30am yet! Feeling charitable, I bought breakfast for a brother who didn't have much. Changchun's People's Square was simple but I appreciate the understated charm. I'll endorse the underdog! Big up, C! 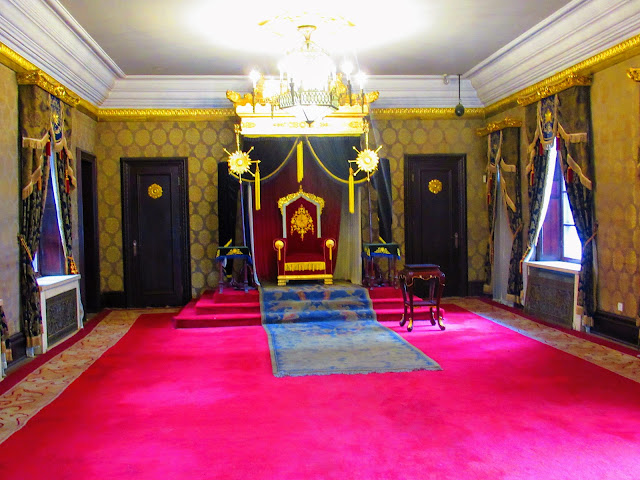 Going underground once again I got myself a ticket to see the Puppet Emperor's Palace, otherwise known as 'Wei Huang Gong' in Chinese. Stepping into a myriad of period features, each room within the many buildings of China's final Emperor's gaff certainly served something golden for sure! The former home of the Puppet Emperor, who was known as 'Puyi' being the final royal figure of the Qing Dynasty had a set of puppet strings pulled by the invading Japanese power. It was a lot of information to process as I made my way around the many exhibits in the nearby museum that schooled me about the Japanese occupation of Manchuria during the early 1930's, it was something of an eye-opening experience for certain! On a lighter note 'Puyi's' un-emperor like style portrayed him as hipster-esque chap with his circular glass and trench coat style! The Japanese weren't pulling the puppet strings when it came to his style! Puyi, get into it! I am aware that colonisation is no juvenile game, I did not agree with the Japanese invasion, C.

The rich redness and glistening gold design of the stately rooms that were previously home to the Japanese masterminds served the imperialist rule of the Manchukuo, they housed lavish settings with a piano room and even a swimming pool. The last Emperor was something of a revolutionary for the time in China with a much higher life compared to the unfortunate souls that perished at the hands of the Japanese power. It was mind-boggling to see the impact Japanese rule had on the three Northeastern Chinese provinces, the fact Japanese was taught in schools and Chinese businesses and landowners were pushed out for Japanese nationals made the Nippon invaders appeared like a kind of Nazi regime? Regardless of those invasions and the injustices faced by the people of Manchuria, I had my eyes truly opened during that morning's worth of exploration in Changchun! Filled with knowledge of the Japanese occupation in Changchun I had clocked up six hours since my dawn arrival! That was some shady business! 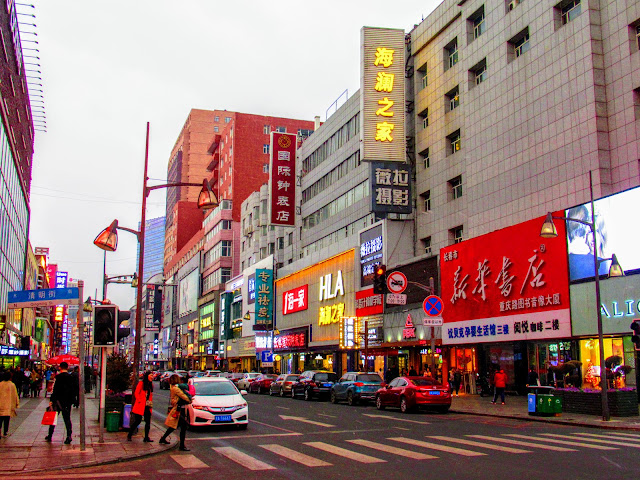 Taking refuge in my Jinjiang Inn hotel room, the early morning arrival and first throws of sightseeing had knackered me out. Those night trains aren't that comfortable, that is if I am honest! Fresh from my afternoon rest, I headed back up to the area surrounding People's Square because the morning's view of Chongqing Road served a flashback to Newark's Broad and Market Street's from my New Jersey days. The bold signs and wide intersection captured my eyes, transporting me back to the mayhem of my times in Downtown Newark during 2012. Taken back to the bustling centre of that pint-sized Changchun city I was being directed to a cool Ramen place by my Dianping food app. Finally, I found that cosy Japanese themed noodle house, the photo looked slightly different than the actual physical location. My red chicken dish tasted almost like a stew from 'Mother England', those gyoza trumped 'Wagamama's' for sure! I had been sober all day, I felt thirsty and curious! My schedule had me breaking free! Get it, BB!

So, my cut price delicious meal would have cost a bomb at home, choosing the smaller cities allowed me to eat like a king for less than seven pounds with a large bottle of Kirin Japanese beer thrown into the mix, that one beverage gave me the taste for what would follow! After a random discovery and a quick refresh with a new hairstyle thrown together I chose Mr. Panda Club. It was typically Chinese, no I wasn't bothered by that whatsoever! Fuelling myself with vodka after vodka it wasn't long before my inner trouble-maker was unleashed! Judging everybody, I got it right on the floor and the stage! Enjoying the audience I saved my money with free drinks from all angles, my inner KIA B*tch nature served it without any issues in Changchun! Not paying any mind I didn't have to deal with any fuss, it was great! Slaying till the early morning I felt content with my night out in Changchun, trust me to go large in a city that apparently didn't have any clubs? For a city that's not popular? Choices. Tiger Club was not, C!