2018s Chinese New Year festivities hadn't been dull by any measure! No, Shenzhen and Xiamen had so far thrown various tones of shade but their attitudes had been for a reason. Xiamen had more to show me! I envisaged art zones and cake to finish my first full day. Clearing things up I slayed my final day with a terrible hangover, it had to be done! Xia, that was certainly a choice! 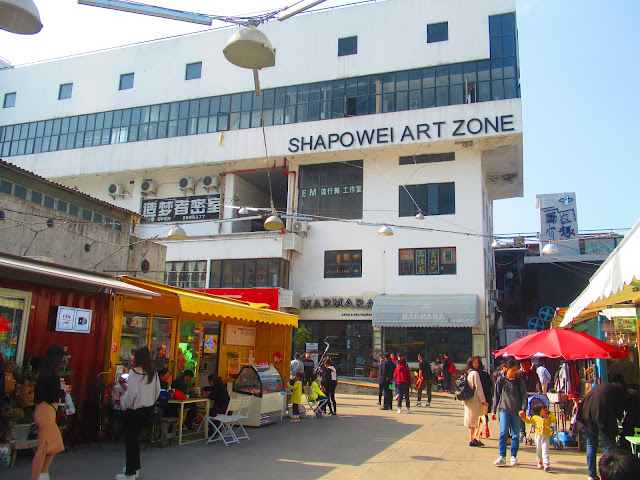 Xiamen's Shapowei Art Zone had cropped up during my pre-trip research, it looked different for a Chinese city! Using Baidu Maps I made my way closer to that former factory complex, but that lovely parent had suggested I grab a bite or two from Chello. Following the parents advice I wasn't dissapointed with my cake, the juice I chose tasted almost alcoholic but no translations were available so that  didn't appear to be an emergency. The area that surrounded Xiamen's Shaopwei Art Zone reminded me of a Chinese version of Spitalfields almost? Before I knew I was standing in front of the scene captured above, it was nice to see something that took a bit of thought. The whole vibe of the Art Zone impressed me much, it had something different, something that allowed Xiamen to redeem itself! Finding Mojito, a pure expat hangout it was time for a huge burrito, chips and a draft beer for the win! Oh no, I only had one beer with my lunch, would that turn into a big mistake? I could live with the prospect of a sore head. Choices!

Hanging around Shapowei's renovated style gave me life, it felt like a perfect example of responsible gentrification and that's something big cities in China haven't got that balance yet. In the shadow of the Conrad hotel that overlooked the bay, Shaopwei possessed that location, location, location for sure! Chello and Mojito got me back on track, the day had been long but the night was very early indeed! Returning back to my hotel I was thirsty for more, it wasn't going to be a dancing night out but I was open for something different, I was willing to take a chance! Biking to 'The Londoner' I had to give up on the idea of getting a taxi, they seemed to be a rare thing in Xiamen during CNY 2018! Why? Having a real pint was a blessing, enjoying a few scoops the people I spoke to were interesting but not my cup of tea. Finding myself in a Cuban style bar I had a delicious mojito, the music took me back to Puerto Rico but it was time for bed! No, let's keep it clear, the hangover wasn't delicious! Xiamen had me finally relaxing! 最后! OK! 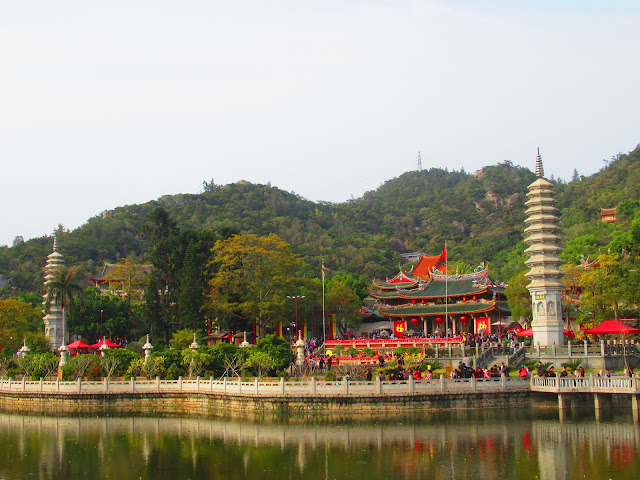 Barely keeping my life together I was determined to get the best from my final full day in Xiamen, China. Pushing my suffocating hangover to one side it was time to brave the packed buses to find Xiamen's Nan Putuo Temple. It seemed like one highlight that attracted the masses during their visits to the city, I didn't want to miss out on that! Getting off the crawling bus a few stops early I was able to see the shear magnitude of people who were also visiting the temple that day! I had no energy to be unimpressed or stressed, paying the temple itself no mind during those first moments, I put all my energy into getting as far up the mountain that overlooked the temple, something told that I wasn't going to be disappointed. I won't tell a lie, Xiamen was still bursting with people, the crowds were limitless! The glistening waters of Xiamen's bay and the Taiwan Strait came back into my view as I climbed higher, Nan Putuo Temple was showing me much more than planned! Above anything else, I needed the hangover to be gone! Truly gone, X!

Sure enough I had reached a respectable height, the only daunting thing was occasionally not having something to hold onto when the steps faced a drop at both sides. Gazing into the distance I was served a beautiful sunshine vista, the warm weather complimented the view that overlooked the Shapowei Art Zone and surrounding area close to the exclusive Conrad hotel. Oh I say, I did pay attention to the temple but something told me the outer features needed my attention plus the crowds showed no sign of dying down, it wasn't worth stressing my mind with that craziness because I had been gamed out from all the drama thrown at me during that holiday! Carefully descending from that lovely view it was time to walk all the way to my final point of interest. By that time it was getting hectic to even walk from place to place, it was actually pandemonium! Eyeing up a McDonald's, I remembered the location because in my state I would be eating everything insight! Xiamen had one more place to show me. Get it, Hulishan! 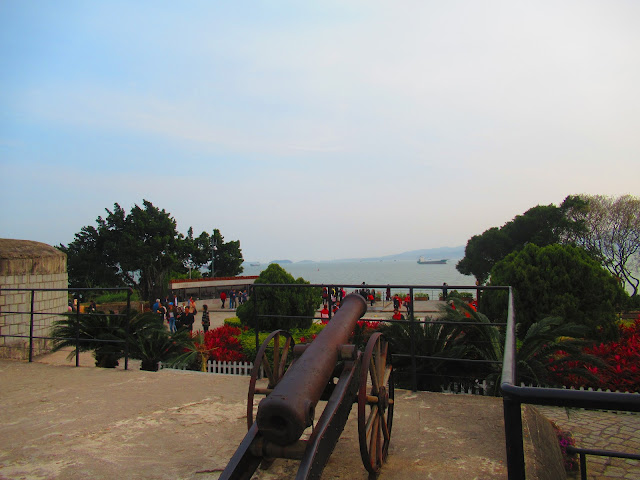 Set upon Huli Hill stood Huli Shan Fortress, that sight served me views from all angles! Absolutely, I had truly saved the best for last! Snatching a calm photo took my everything but I could genuinely say I had some time to actually relax, having time to take in the view of the rolling waters that surrounded the island city of Xiamen and the outlying islands gave me some solace for sure. Making my way down to the foot of the Krupp cannons gave me a show-stopping view but the question still begs, could I see Taiwan? Probably not, I tried to keep the faith at least. The whole atmosphere of the fortress ended my week long holiday with a feeling of accomplishment, it had been mental but with views so majestic standing before me, it had all been worth it during that moment at the end of the race. Hulishan Fortress held history, it had been such a long week it was the view that captured my eye. Watching the vessels sail past was ace, were they making their way to the island of Taiwan? Yes, I want to visit Taiwan! Soon, soon.

Content with the views bestowed to me from Xiamen's Hulishan Fortress, it was time to begin my goodbye's to Xiamen. No, those crowds still hadn't dissipated once the evening approached, nobody had thought about making their way home? Telling the absolute truth, the jammed packed buses simply looked impossible to board! Walking back to my hotel took over one hour, I broke up that one hour long walk by having some food, taking a different turning on my way towards Zhongshan Road as my hotel connected to one of the avenues leading from that pedestrian street. Milk tea was on my mind and its something I don't indulge in Beijing, so with an ice cold one in hand I was able to experience a slightly less crazy Zhongshan Road. Xiamen had served me all kinds of crazy, calm and cool at the same time, so it was quite bittersweet to say goodbye. The next day my Hainan Airlines flight would be departing, bound for Beijing Capital Int'l Airport. Keeping it 100%, Xiamen served sass, she's one hell of a shady lady! Bye!