Hubei Province was my home for over two years whilst I lived in Wuhan, the provincial capital was exploded before my eyes! Breaking out of the city limits to see more of province had to be done! Additionally, Xianning, Enshi and Yichang all showed me the way during those first two years that I spent in China! From Sun Yat-Sen to the Three Gorges Dam, Hubei took me there! 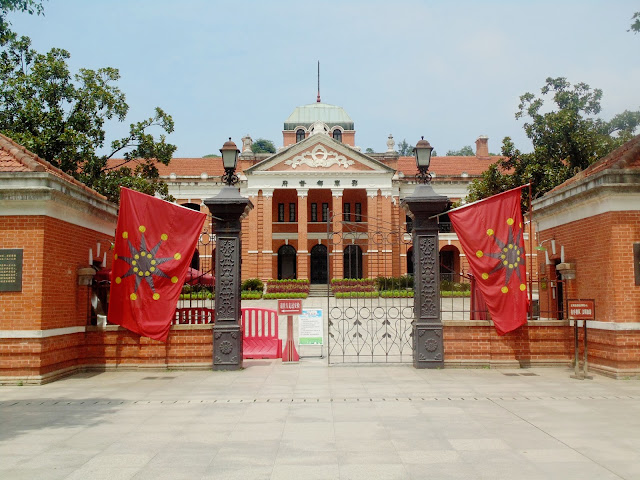 Hubei's Provincial Capital, Wuhan became my first China home from July 2015 until July 27th 2017 and beyond. It was a complete accident, by some twist of fate I was chosen by the Chinese Central City of Wuhan to begin my China adventure. From my shaky start in the city, I found my way soon enough, exploring most of all what the city had to offer. I tried to leave no stone unturned, that was after I gave up on those hopeless Google Maps! I had no idea that Wuhan stood as a pioneer of technology and manufacturing, known for its own Optics Valley and car production mega-factories. I discovered pretty quickly that I was in China's secret central city, I didn't need to think about wading through crowds of western tourists because Wuhan had its own members only club! I met some friends during my time in Wuhan but one remains with me today, that has to be Fiona, my China Bestie! Where did I live in Wuhan? I lived in Guanggu, it known as the centre of the Opitcs Valley area. I loved every second event though it was chaotic!
Captured above is the Museum of Wuchang Uprising of 1911 Revolution, one of the very first sightseeing places that I saw in Wuhan that brought Dr. Sun Yat-Sen to my attention. The Yellow Crane Tower had me looking at the Yangtze River in a very different way, it was a magical moment to realise I had made it all the way to China! Temples came into my like Baotong Temple, it was chilled and even had its own Wuhan Metro Station along Line 2! Being a university city, I saw HUST everyday during my bus commute to and from my kindergarten, it would take me right through to July 2017 for me to see the famous Wuhan University! The chaos of Guanggu Square gave me life, the never-ending construction was so loud! Drinks at Beer Barn overlooking Hankou's Wangjiadun East skyline gave me and my China Bestie the best views during our boozy weekend nights out! Tanhualin had me sorted for my 25th birthday in Wuhan during 2015, coffee and cake before the night got crazy at Vibes! H, Wuhan will always be home! 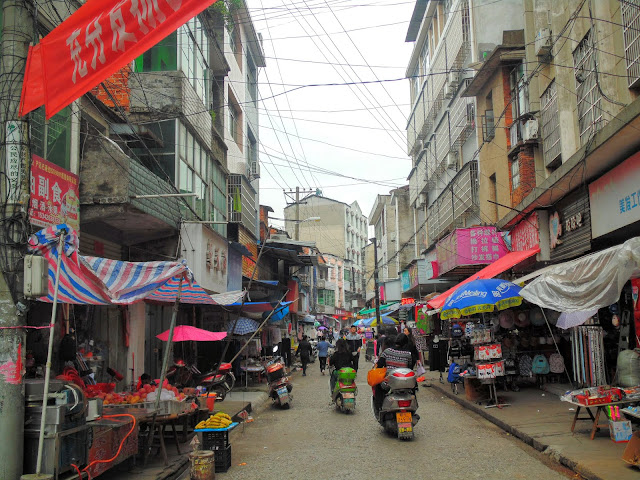 Rushing from my kindergarten to Wuhan Railway Station, I wasn't ready for the off the wall antics Xianning, Hubei would serve to me that very weekend! No, I truly wasn't prepared! Zooming to Xianning North, I was greeted by Fiona, my China Bestie! We hailed a taxi to allow the mayhem to unfold! Changed within minutes we battled the rain to reach her local bar, the third tier city of Xianning had a rough and rustic vibe. It had not seen the boom that Wuhan had seen, it hadn't seen endless construction but I loved Fiona's neighbourhood. Her housing block was full of drama and everyday trouble for sure! It was like EastEnders! Tanning a drink or three, it was a foreign affair for we were the only expats in the bar. Graduating to a nearby club our inner freaks were truly released on the runway, literally the runway in that club became our because we were high on that moment! Boozed up and ready to sleep we called it a night, it had been a very eventful day but I was ready for round two! The golden rule, don't dare be haram!

Waking up to fireworks banging outside wasn't what I planned at all it was only April! The Chinese New Year traditions had been three months earlier! Dragging ourselves out into the daylight we caught the bus to Xianning's Qianshan National Park to get a higher view of Wuhan's little sister. I nearly didn't make it up but Fiona as company it wasn't difficult to just power up to the top to see the views. The city of Xianning looked a lot smaller to the monster that is Wuhan, the less stress was much easier to deal with. Getting back to the city was interesting, taking a tuk-tuk was our only choice as the buses disappeared! McDonalds got us through the day, taking a rest we need to be ready for the evening ahead. The night was mental! Leaving the drama behind and a classless individual it was home time! Sunday brought my final day in Xianning, we saw Fiona's school and the old street that took me back to another time! Xianning had served something different, I needed to sleep after that madness! Help me, 湖北! 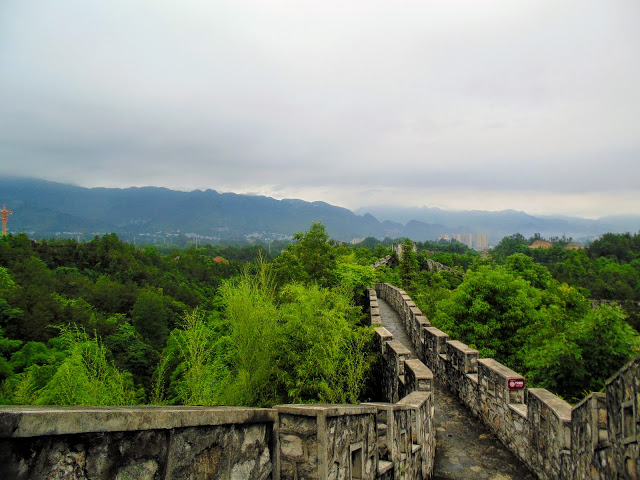 Focussing most of my time on trips outside of Hubei, I bit the bullet towards the end of my two years of living in Wuhan with a weekend jaunt to Enshi, Hubei. Going out of my comfort zone, I took my second sleeper train! My first experience of a sleeper train was in a hard sleeper compartment but the overnight journey to Enshi was in a soft sleeper, it was certainly different! Waking up a little while before my train was scheduled to arrive at Enshi Railway Station the train was stuck at a silent station that didn't appear to be my destination. After a little delay I was on Enshi soil with my sights set on the Tusi Ancient City. I wasn't going to have time to visit the Canyon in the one day, so I chose scenic places in the pint-sized city centre. I liked the Ancient City, it was nice to see from the walls that surrounded that Enshi attraction. The unfortunate elements of the train journey melted away as the sky opened to throw down an epic rainfall, it was that tropical rain! Enshi had me on my toes from the very beginning! Oh, 恩施!

The rain decided to stop, how very considerate of it because me and my rucksack stood soaking! No, I don't travel with an umbrella! Trying once again, I caught a second great view of Enshi's branch of the Qing River, it was calmer and a lot smaller than Wuhan's branch of the Yangtze River. That chilled sight gave me some life as it had been a long day, with many challenges. Reaching my hotel was a major relief, dropping my things and airing out my soaked trainers and clothes I headed out for some food and to mooch around the local area. I relaxed into that evening period in Enshi, the day had been eventful! Heading back to the half-flooded street that I passed through on the bus wasn't my plan but I saw some killer fried rice being cooked outside a small restaurant, it didn't cost the earth and it tasted amazing! Heading back to the hotel I loved the lively vibe of people just enjoying the evening in a civilised way without stress, seeing people out and about wasn't chaotic like Guanggu threw up! Enshi was worth the journey Hubei! 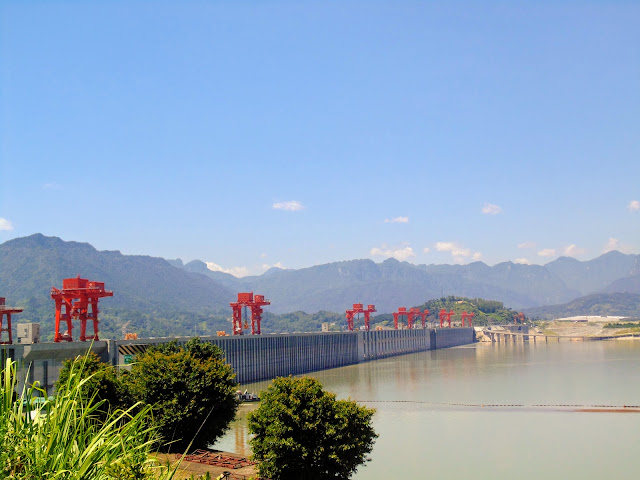 Yichang had been a city within Hubei Province that I had wanted to visit for a while. Being home to the Three Gorges Dam, I was running out of time fast! Booking a last minute weekend trip before leaving China had to be done! Arriving just before the midnight hour at Yichang East Railway Station took me closer to the controversial dam project. Checking into my hotel wasn't a stress, opening the door to my room I was staggered by what stood in front of me! I thought I had booked a simple double room but low and behold I had a huge bathroom and even a separate sitting room, for all of forty pounds for two night, I was absolutely winning at life! Refreshed from my sound sleep in my queen size bed, I attempted breakfast but that was a no go! Meeting my tour guide, I was shown to some Re Gan Mian and some soy bean milk for breakfast, I was complemented on my Chinese skills by the ladies who served me! Refuelled, I was ready for the day Yi! Being a normal weekend, I was using every single bit of my time! 加油!

Marvelling at the views from the car it didn't take long to leave Yichang's own city centre, the lush green mountain views impressed me much! Arriving at the visitor centre the short bus ride was fine, taking in the sight of the vast gorge was amazing because I had only seen photos before that moment, which didn't justify the actual scene. The vast gorge area that was centred around the dam lasted forever, the landscape gave a sweeping effect that I appreciated. Stopping for lunch had to be done, usually the China Highlights package included lunch but that tour didn't but it wasn't expensive so I wasn't going to stress my mind over that business. Qu Yuan's Ancestral Hall had me schooled about Dragon Boat Festival, the reasons for the different customs all made perfect sense after the story was introduced to me. The hall had been relocated due to the rising water levels that dam construction triggered, the view amazed me with the principles 'Feng Shui' noticed. Yes, Yichang, Hubei! Get me back to my Central Chinese home!