November has so far been nonstop, will this month ever end! I was ordered to move out of my apartment, worked a weekend and that wasn't the half of it! Getting my life this November it has been a busier affair compared to that of last year, how I enjoyed the honeymoon period of the first semester at my then new ESL job! Getting it together, love sick wasn't part of the plan! No! 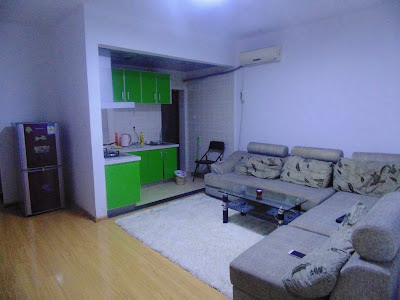 I had lived in the same apartment in Shangdu, Guanggu Square for seventeen months from the day I arrived in Wuhan's Optics Valley. My then landlady took a very relaxed approach to solving the damp problem that I had discovered a week or so before my 26th birthday. I had been assured things would be fixed, sitting unaware of a message that would shake-up my already long Monday I hadn't even opened my surprise birthday cake from one of my students parents. I had kept it together living in that apartment without a kitchen and with a bathroom that was questionable to say the least, it was all about the prime location it held. Checking that notification I was horrified to see I had been given little to no time to vacate the apartment, I switched, it may have been bad timing but no one puts a dampener on my birthday! Oh, hell no! Calling upon a source that needed to prove themselves, I made tracks at once!

Keeping my head in the game I had to get on with work whilst that ridiculous situation unfolded, I had a feeling that the source would pull through, contractually they had an obligation to fulfil! Packing up my belongings felt strange, I knew I had to get out because I wasn't going to continue paying for an apartment that wasn't in a fit state! Viewing four apartments in the other block of the same complex I was sold with the first, the others were laughable! I single-handedly carted my stuff from the old apartment to the new one, getting contracts signed and the initial monetary business taken care of, it felt amazing to have somewhere that I could cook proper meals! The new place has a small kitchenette, a washing machine that has the capability to wash clothes above freezing and a great view from the 30th floor. At the end of things I am glad the problem in my old apartment was managed poorly, it's given me a better standard of living! Oh yes, future landlady's please be warned! 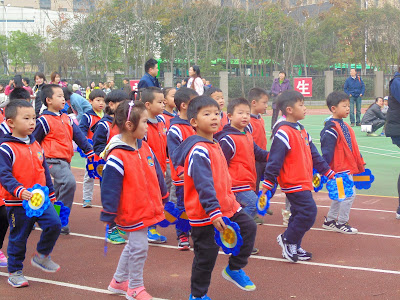 OK, I admit that the next two segments happened in December 2016 but November saw so much happen it wouldn't feel right to place these events in a December blog. On the cusp of December I attended a 'sports meeting' from my kindergarten. Sports days in China don't mean the 'egg & spoon' race or the 'sprint' either because it's all about formation routines and marching processions, not forgetting the raising of the Chinese flag. It happened to be a Saturday, representing my campus had to be done, going along with my camera I took some amazing snaps! I have grown attached to these children and it's always a great thing to spend time with them outside the kindergarten with their families in tow. Yes, I'm in-charge of the Bridging classes, these 70 children have stolen my heart, it was amazing to see them march in line for they have grown up a lot! I know I will be a mess when its time for us to say goodbye! Life!

After the routines and marches it was time for the morning games, I helped Damon take part in one of the games as his Dad wasn't there and his Mom had asked me so nicely I couldn't possibly of said no! The Dad's showed off during the tug of war that looked like a show for their Wives, it was entertaining for sure! The whole feel of the 'sports meeting' was really nice, the parents thankfully embraced me into the lives of their children as their English teacher, I might not be the best teacher but I know that they see their children are happy in my classes. For the parents who can speak English they have nothing but nice things to say to me and as for the others who can't speak English they are equally as gracious. I keep getting the awkward questions about my next move, I'm trying to keep my cards close to my chest, at the end of the day I aim to stay with Etonkids. Wuhan's just the beginning! Goodbye's done I returned home to nap before the absolute carnage of Saturday night. 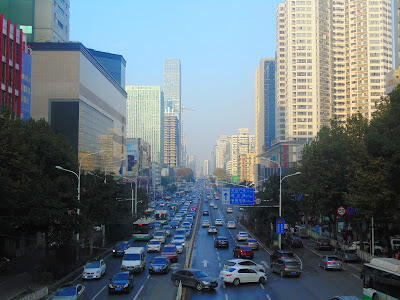 Blog wise November was a washout but thankfully posts can be scheduled to a previous day, I'm not usually so behind but it's truly nonstop right now! The hangover didn't hurt so bad that Sunday as December made an appearance, I loathe the chaos of Guanggu Square on a Sunday so I hopped on the metro to Zhongnan Road to get some head space. I originally planned to grab a Starbucks but I ended up wandering to a place that had a certain significance a few months ago, I just hadn't confronted that 'ish yet! Gazing from the bridge that fronts a different side of Zhongnan Road's glass and concrete style I took several moments to recognise that things and people had moved on, keeping it straight I have a plan and during that dazed period all kinds of distractions almost jepodardised those visions! Gathering my senses and pulling myself together for the final time, that pocket full of uncertainty disappeared.

Returning to Guanggu was an almighty chore, I waited for three metros to pass before I could squeeze into one carriage bound for Optics Valley Square Station. Annoyingly, Sunday is a day that people choose to do their shopping and any other general bits as most people work a half day on a Saturday, the seventh day means Guanggu's central area is a crazy mess full of people hurrying to nowhere! November may well have been a nonstop month filled with drama and all that other good stuff but I secretly lived for it! It's definitely a first for a blog to slip through the net, pulling it out of the bag I managed to manipulate the pressures of time. Confronting a sight that need to be dealt with I now feel centred and with a new apartment I haven't stopped cooking for myself! I see a few more Saturdays at work but I know that the extra work will help me show my commitment to Etonkids and secure my transfer to Beijing. December, I'm going to be posting blogs on-time B! Will I really!?