Could I call China home? I have now been living and working in China for eighteen months, the time is zooming past me but this experience keeps on surprising me! As I wave a fond farewell to 2016 I want to recapture the previous six months to see how far I have come. I snatched an amazing award, travelled to an unknown city and worked harder than I have ever before! Life! 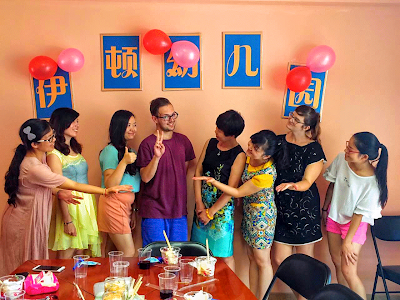 June 2016 took me to Nanjing for Dragon Boat Festival but I was ready to give all my love to the next month, being the last of the Spring/Summer term at Etonkids I was ready for a break! The past year teaching at Etonkids had been intense yet extremely rewarding, I still had employment and that felt amazing! With our Summer themed classes over and the children packed away on their Summer break I was surprised with an award! I had only gone and won Etonkids English Specialist of the month for July 2016! Blessed wasn't the word, I was completely dumbfounded but in retrospect I had worked goddamn hard that first year! In the end it was all in a days work! I was ready for my holiday but that didn't go smoothly at first, I was expecting my parents to visit me in China but an earth-shattering development halted that family reunion! So, I retreated within Wuhan City, Hubei Province helped me out a lot.

Taking it easy through most of August I relaxed into the cycle of sleeping late and being lazy, far from the normal early morning wake up call. Getting out into the city again was great, I had travelled consistently for 2016's National Holidays, choosing to exit Hubei Province I wanted to discover something closer to my Guanggu home. Calling up a friend, we travelled to the Outer Wuhan district of Huangpi to discover Mulan Mountain and the Heaven Lake. I was pushed out of my comfort zone but the views of those Hubei wonders were worth the crazy! Revisiting East Lake's Tingtao Scenic Area gave me some chill for sure, things weren't good at home so I used my surroundings to get through. Challenging a strange checkpoint I was helped by a policeman to find the former holiday home of Chairman Mao Zedong, it was no longer a tourist sight but there was a hotel for CCP officials. Yeah I was schooled on everything Hubei at Wuhan's grand Hubei Provincial Museum! Oh, I had a nice rest. 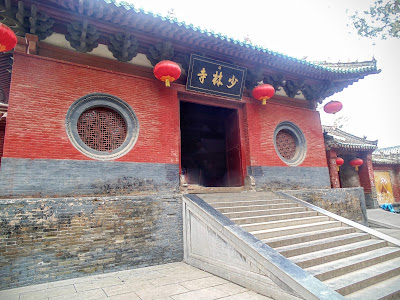 September brought a fresh start with the beginning of my second year at Etonkids as an English Specialist, I was ready for the challenge and the opportunity to redefine my Bridging classes, I had been put in charge of the two classes! New children took the place of the Summer leavers who had then started Primary School. Getting into the flow I had my first official lesson observation, working hard to create an innovative and eye-catching language material paid off as my class was praised well! It was hard to get back into the grind and with the new dynamics that the new children brought to my new Casa classes. Reunited with my girls, Fiona and Elli had both returned from their holidays home to the United Kingdom. It was another shake-up from the previous line-up, we'd be better off without that basic mistake. The new term had me centred and ready, I gave my future in China some thought, the future looked bright!

Anyway, Mid-Autumn Festival had me boarding my umpteenth China High Speed train, I was bound for Zhengzhou, the home of Kung Fu and the world famous Shaolin Temple. Arriving the night before the holiday began was a winning decision, I was on the bus to Zhengzhou's Yellow River Scenic Area to see the mountain carved figures of Yandi and Huangdi, two former emperors who gave equally powerful glares to this day! Zhengzhou had grit, it was a city that embraced its concrete fashion and owned it! Staying within the city centre I viewed Z'Zhou's Erqi Memorial Tower, that buzzing square served pandemonium, from my elevated view I loved that vibe! Fresh and ready I woke up with the birds to catch my Dengfeng bus, I had to see the Shaolin Temple and the Pagoda Forest before going back to Wuhan. Battling my way through like a Kung Fu ninja I wanted an uninterrupted photo of the Shaolin Temples entrance, I got bloody mad but that was OK! National Day now, please? Oh, Zheng! 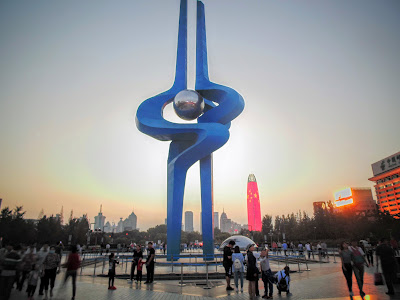 October 2016 saw me settled into my after-school English class, it was something that I didn't want to do at first but I'm now into the rhythm, it feels normal to me. Halloween was approaching! I had recently arrived back from Zhengzhou but National Day meant I would be taking to the skies to visit China's Shandong Province. Qingdao was my first stop, I felt proud to have made it past the one year mark as I boarded my China Southern flight. I adored the German architecture that Qingdao served! Hitting up the Tsingtao Beer Museum was first on my list, learning about the colonial influence was great to see that England had something to do with the beginning of this brew! St. Michael's Cathedral served a slice of Europe, it was bizarre to be surrounded by Qing's European design! Walking with my Tsingtao breakfast I ended up walking four miles to May 4th Square! Leaving Qingdao's European Overness, of course I was gone!

Jinan was a complete gamble, I had never heard of that Shandong city before I booked my inbound flight to Wuhan for a bargain compared to the dizzying heights of the National Day prices! Finding my hotel with ease I did not appreciate my room being changed for a twin from a double, my inner-receptionist went off! Jinan's Quancheng amazed with its statement blue monument, the sun began to set and no I was not ready for that legendary sight! Recharged and ready to seize the city I headed for Baotou Spring, snatching the best photos that I could was no mean feat, I had to be assertive and be in control of the chaos! Shunning Furong Ancient Street I treasured the uncomplicated nature of Xichenggen Street, embracing the attention from a few intrigued Jinan folk I was fine with a selfie or two! Turning the lights down low I found a crazy bar a few streets away from my hotel, serving Oriental drag performers who slayed with their Mandarin Chinese routines! Life is good! 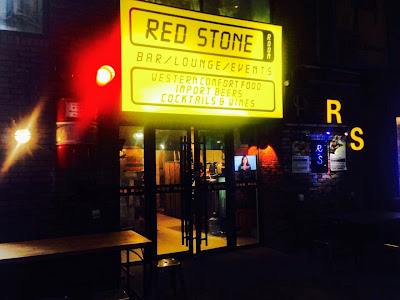 November 2016 served me another Wuhan birthday as I turned 26 years old. I had a great weekend in the city of Wuhan, going out on the town and then chowing down at Paddyfield Irish Restaurant. Working on my actual birthday was good, I focused on food based lessons with my young learners. I visited my best one Fiona a few times in her Dongwu Avenue stomping ground, we spent some great weekends together, both were scandalous for very different reasons. I had to move apartments due to some shady business that was out of my control, never underestimate the powers of yours truly because I was fuming to say the very least! But onwards and upwards I managed to stay within Guanggu Square in the same complex, I was not going to change that location, location, location! I am now focussing on my next semester at Etonkids in Wuhan that will begin soon as we are in the finals of the Autumn/Winter term.

Fiona introduced me to Red Stone Room during one of our weekends in Hankou, first serving me a knockout Full English Breakfast then second time around I chose the pasta! It was amazing to have some western food in my life! As far as I am concerned Christmas is cancelled this year! Reconditioning my second teaching contract I negotiated hard to secure my Christmas holiday that didn't exist the previous year and I am getting pay for that séjour without question! I will be concluding December 2016 with that holiday down to China's Yunnan Province, taking in Kunming, Dali and Lijiang for the win! I will return back to Wuhan for New Year's to ring in 2017 with my best ones, I'm hoping its not going to be too much of a basic occasion! I have been immensely blessed throughout this point 18 month milestone, I have a lot planned for 2017 but this second half of 2016 has been amazing! Jinan and Zhengzhou became my wildcard's and I won that award for all of my work!