Life is sometimes all about waiting so I like to look at things as if I was waiting in a departure lounge waiting for a long-haul flight. Looking back to my first post that shares this title I was in a place in my life where I didn't want to be. After being in China for over sixteen months now I can see glimmers of what places I aspire see once my time in Wuhan concludes. Fly high, Joseph H! 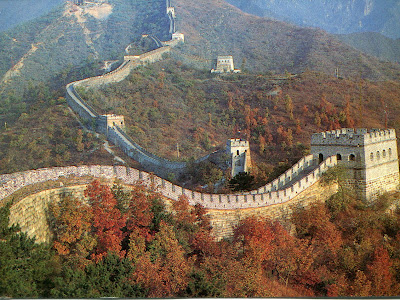 I was so focused about getting out of England that I forgot to check how many blank pages I had remaining in my passport that I had to make the decision between visiting places outside of China or staying for one more year, I chose China! Although I have clocked up some serious China travel miles since arriving in June 2015 I haven't felt the need to rush to the nation's capital that is Beijing. I did toy with the idea of visiting China's showcase city before returning to England in Summer 2017 but I've had a better offer. I have decided to leave the Great Wall and the Forbidden City for later in 2017 as I have ambitions of transferring to Beijing with my current teaching company. Yes, the winding lanes of Beijing's historic Hutong's make me want to book a train ticket this very instance, I know Beijing, China will have its time and it will work out for the best. Don't worry Destination, I'll be serving it every weekend! Yes, I'm Beijing ready!

Since June 2015 I have been on a treadmill that has consisted of working as an English teacher and travelling all across China and to its two Special Administrative Regions. Even though I will have racked up a whopping sixteen Chinese destinations since my arrival up to December 2016 I won't ever be contented with that result! Packing my thermals I will be trading the already freezing temperatures of Wuhan to experience the sub-zero nature of Harbin, Heilongjiang for the Ice and Snow Festival. Further into 2017 I am taking the plunge to visit Lhasa, Tibet for a guided tour of China's most mysterious Autonomous Region. Even for this projected twenty-six months for my first stint in China I still have more places that I want to visit here, I am waiting for the next chapter to explore the Islamic inspired Autonomous Regions including Inner Mongolia. I have my work game on so I can have a little play every once in awhile! Beijing will happen, promise this I am going alright! OK, I've got this! 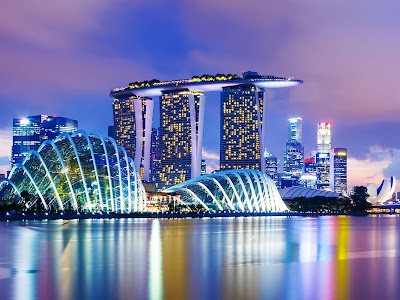 Singapore stands as a worthy contender for my next chapter in China, closely located to the Mainland I see a long weekend in this former Overseas British Colony. Mixed with its striking modern masterpieces next to its colonial relics, I see Singapore city as a winner! Get me to the dazzling lights of Marina Bay but not before I have been to Little India for some curry delights! Oh, mines got to be a Singapore Sling whatever happens I'm not leaving without trying a local drink or five! Remembering Singapore's former days as a British colony I have done some research about Central, those government buildings look very much like the ones I saw within Hong Kong Island's Central. Understanding that I will get to this infusion world city eventually there's no need to stress, it's all about making life like a departure lounge! Singapore Airlines better fly from Beijing! What, wait? They do?! Consider those Singapore flights booked!

Staying with the same continent I feel an Asian temptation when I think about Japan, it's a place that I continually go on about my intentions to visit, but with a new passport for my second time in China I will have the freedom to leave the Mainland without filling up my passport. The neon charged streets of Tokyo need me now, I have to wait a little longer but I know that when I make it to Harajuku I will be living! It's not just Tokyo that I have my eye on, Osaka deserves my attention too! Under the cover of darkness I wouldn't mind surveying Osaka's electric love from the top of the Umeda Sky Building. I have seen there's more of a bohemian arts culture in Osaka and a definitive street art scene, I have every faith in the future that I'll get to experience that! Whether it's a dive bar in Osaka or a Geisha club in Kyoto I know I will have the chance to put this dreams into a reality! In life we have times that resemble a delayed flight or even an aircraft change, I'm willing to wait. 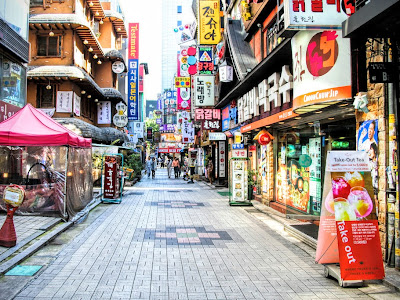 I may be a distant dreamer but my head is filled with hope, over the Yellow Sea from Qingdao, China lies the divided country of Korea. Call me crazy but I have a plan to visit the two Korea's even if one is being ruled under questionable circumstances, let me choose my words carefully about that northern counterpart. So it's all about Seoul for me, like any gargantuan capital I know the K-Pop vibe of South Korea's centre will give me what I want! Hitting up Gangnam with style I want to be on that Korean BBQ hype without hesitation! Syncronished like a on-point K-Pop dance routine I want to race around all those shrines to encapsulate a zen vibe without stress! Gwanghwamun Gate at Gyeongbokgung Palace looks like a winner to me, I will keep focused and save as much money as I can because this travelling lark is expensive! My Seoul experience will be part of a lasting memory! Oh, I know it's going to be spicy like Kimchi!

Going undercover I would be fascinated to be part of a guided tour around the highlights of Pyongyang, the capital city of the Democratic People's Republic of Korea otherwise known as North Korea. Playing by the rules would have be done, I have watched extensive documentaries about the Hermit Kingdom but nothing would prepare me for the real thing! As well as discovering a conditioned itinerary of the showcase city of Pyongyang it would be amazing to see the Demilitairsed Zone that separates the two Korea's, I know it seems crazy but it would be utterly fascinating to see such a controversial sight. I wonder if the Arirang Mass Games will be brought back? Those extra choreographed colourful formations would be another thing to see within a once in a life time trip to the DPRK! Call me crazy, but I don't have time for the ordinary and that's just the mantra I live by! Getting the chance to experience the two Korea's would be insane, so I know something's aren't right but? 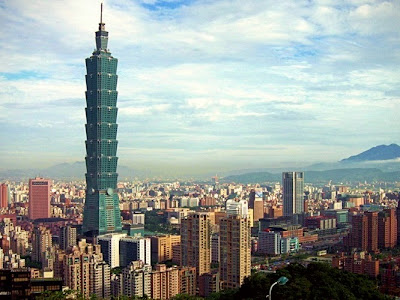 Taiwan has been playing games with my heart, I can't wait for Taipei to cast its spell on me! Gunning for a summer arrival penned for August 2017 after my first two years of Teaching English in China concludes, I'm looking to experience the cultural and open-mindedness of Kaohsiung and Taipei. Taking to the skies from Hong Kong International Airport, I plan to spend a few days in the southern port city of Kaohsiung to check out sights like the Lotus Lake and the countless temples that follow my path. Although the former British consulate at Takao looks like a colonial winner, I'm excited for Kaohsiung! Teaching in Taiwan seemed like a potential option but I am focused to return to the Chinese Mainland but hopefully to Beijing. The opportunities looked promising in places like Taipei but I am well used to the daily madness of Wuhan, I gave it some serious though! Oh Taiwan, will you ever be able to forgive me? Please!

Zooming from Kaohsiung to Taipei on Taiwan's ultra fast High-Speed Rail I have a plan to turn the party up and then some! Blessed with the most gay-friendly attitudes in Asia I am buzzing to experience Taipei's Gaybourhood, Ximen will not know what's happening once I arrive at Taipei's renowned Gay Village! I have every faith things are going to get down right down scandalous, I have no problem with that at all! Tearing myself away from the delights of Ximen, I would like to sample the world famous dumplings at Din Tai Fung because I can! Whatever happens in Taipei and obviously Kaohsiung will certainly stay on the island of Taiwan for certain! I will most likely me beside myself with sadness on my UK bound flight from Taipei! For this moment I have another nine months of work remaining of my teaching contract in Wuhan. I have every confidence that I will flawlessly execute my future travel aspirations, I won't let anything or anyone stop me! You know I'm only getting started!