So, I have been so busy recently that I haven't been able to blog, that's quite frankly not on but I'm back to serve some of my Spring/Summer collection. The fashion of my life has recently been very colourful, for living in China there's never a dull moment! From May to June and then July it's been hectic to say the least! I have a few brand new secrets to debut! 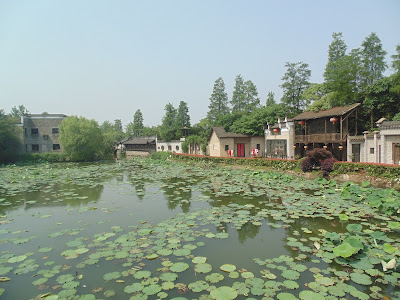 A free day out?! I get paid well but if there's anything going for nothing I'm there! The teaching agency that I'm associated with decided to organise a scenic day out for us away from the smog and concrete of Wuhan city. I was skeptical about this day out for several reasons but my best one told me to get a grip because we had both got our lives and priorities in check! Leaving with a coach-load of English teachers and the administrative staff from the agency we made a run from the craziness of the city without any hesitation. Reuniting with some familiar faces was nice, we may be affiliated with the same teaching agency but our Wuhan circles have certainly being decided for us. Fiona made the journey from Xianning the evening before, staying at my Guanggu flat made the early wake up call much easy for her. I'm on a different hype as new teachers had arrived, it made me feel like I had been here for ages! I'm not basic!

Getting to grips with the scenic area that we were spending the day at I was impressed with the 90RMB ticket admission that had been waived for us. I can't remember the name of the place but it had a sense of Oriental Realness with the halfpenny style bridge that spanned the lily-pad filled lake. Weaving in and out of several different social groups it was nice to be a social butterfly of some sorts, the weather was blessed and the mood was relaxed so there was no shade to be thrown! Making our way for lunch we dined on some interesting Chinese delicacies, I threw all caution to the wind by eating some frog! In actual fact that frog meat tasted really nice, not like chicken but really good nonetheless. I bumped into one of my students and her family as they were on a day like we were ourselves. I got some great snaps and I really enjoyed that scenic day our with my fellow English teachers! I recognised that some new groups had morphed, I'm with exceptional company with Fiona! 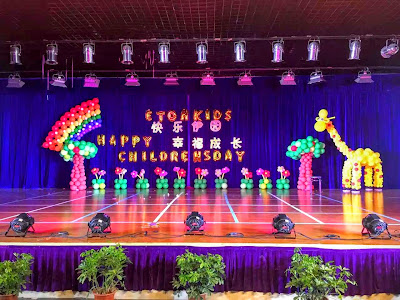 One week before my Nanjing Dragon Boat Festival trip it was time for the 2016 Etonkids Children's Day Show! I played my part as one of the hosts alongside four students from the oldest class and my teaching colleague and friend, Miki, The children had rehearsed quite a lot and the stage had been set for the annual performance. Being from England it was the first time I was exposed to such a celebration that even allowed most children to have the day off school! I only had a few lines to say but they were all in Chinese, with the help from Miki who had the sentences typed into the Pinyin written form of Chinese, I had no problem reading my lines after that alteration. One class were dressed as mini Tarzan's with their leopard print costumes, whereas some of the girls from Casa Two looked like mini majorettes for their high energy dance routine! Naturally, I loved the applause from the parents and grandparents! Yass!

Yes, a lot of preparation had gone into our Children's Day show, lessons had to be rescheduled as rehearsals took the priority. A selection of the teachers performed an amazing Tibetan style dance, I really do hope to visit that Autonomous Region in the future but for now it's not going to be feasible for my first stint in China! The whole experience of the Children's Day show was great, I appreciated the time that I spent with the four from the eldest class as their final semester at Etonkids was almost over, signifying their transition to primary school. Following the show it was going to be a full packed June at school, classes slowed down throughout the rehearsal period so the children had lost their focus in the classroom, that was challenging to restore as the summer heat was slowly returning. The first throws of my second Wuhan summer had been great throughout that period because my second semester served some different tones compared to my very first term! Go! I came to work EK! 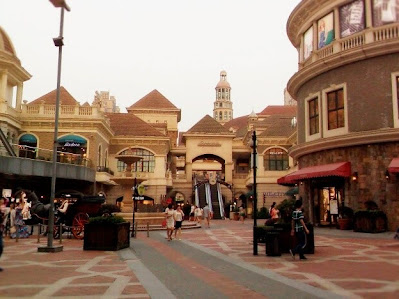 July 1st soon came back around, one year on from my first meeting with Wuhan I had already made it my one year mark since arriving into Mainland China from England but I called the day that I arrived in Wuhan as another landmark moment. I have to pinch myself even to this day, I'm approaching my thirteenth month of living in China and I feel blessed that I made it through that moment of uncertainty! Guanggu is home, it gets on my nerves but it's become a part of me. It's a student's paradise and a shopping mecca, most of all I love having my own apartment, I negotiated the handover of a new contract in the same apartment that I moved into on the 3rd of July 2015, the previous landlord wanted to sell and I didn't want to pack my things up and go just yet, I listened carefully and made sure I managed the finer parts of that new rental contract. Some of the central areas look tactic but I can deal with that! I love it!

July has been a good month so far, it's been very busy and more things are being implemented from management with a new regional manager for the city. I honestly cannot wait for my holiday period as I'm working an extra week into August but I battled for that paid two weeks break, I intend to enjoy the fruits of of my labour. Friends come and go, groups changed too but I know that my friendship with Fiona is made of the strong stuff as we have just clicked, I live for our boozy nights out and our belly busting meals because we love all the good things in life, there's no false pretences or basicness whatsoever! Life and work has got in the way of my blog but I know that I'll still be publishing my four posts per month as usual. I hope to be in Guanggu for at least another eleven months as I have another year's worth of teaching that I have committed to! I'm not good with secrets but not being off my blog game was like sitting on something that hadn't been told! No more secrets! Oh my bad!