Like Christmas with all of its camp energy, the Eurovision Song Contest only happens once per year, since 1955! Through the medium of YouTube I watched in-anticipation from Wuhan in China, I was excited for what country would be taking the trophy back to their European home. After Måns Zelmerlöw won in 2015 with his hit 'Hero's' it was time for Sweden's sixth ESC final! 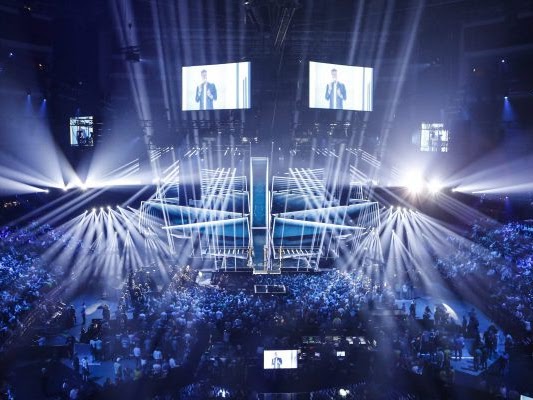 Stockholm turned the energy up from the very beginning, hitting those strobe lights, the dancers twirled down the runway as Sweden's own club bangers by Swedish House Mafia and Avicci were blasted out! Don't you worry child, Stockholm's got a plan for you! The twenty-six acts of 2016s Eurovision Song Contest each entered the stage in their performance set order, all serving Eurovision Realness! Yes, those male dancers were Voguing and one even did a sickening death drop! Stockholm had Europe in a complete daze! I was living my life in that moment because I can un-apologetically say that I have adored the ESC since 2003! The hosts of the Grand Final introduced themselves, Swedish television personality, Petra Meade and the previous Eurovision winner, Måns Zelmerlöw. Australia had been invited back to try their luck again since their debut in Vienna celebrating the 60th Eurovision Song Contest, Dami Im was mentored by Dannii Minogue! Stockholm, bring on Belgium! Not even China was going to stop my ESC love!

I was missing 2015s 'Building Bridges' opening song from the previous contest that was held in Vienna, Austria. Yes, it would have been great for Austria's own drag sensation, Conchita Wurst to be serving her glamour! Belgium's Laura Teroso gave her everything during her performance, it resembled a light 'Jackson 5' themed number with some energetic moves. Making their comeback to the Eurovision Song Contest, Gabriela Gunčíková belted out Czech Republic's anthem 'I Stand' like a true diva with a close-up of her wind machine effect. There was no surprise the Netherlands served a 'chilled' guitar sounding number, their front-man did look dreamy but he was just a pretty face with a good voice. I was waiting for the return of the everlasting Eurovision gimmick, would it be present in a political way during Stockholm's 2016 chance of hosting this camp singing contest? It was great to hear that the United States were watching their first live broadcasts! Ireland would be keeping China on their toes! Love is love! 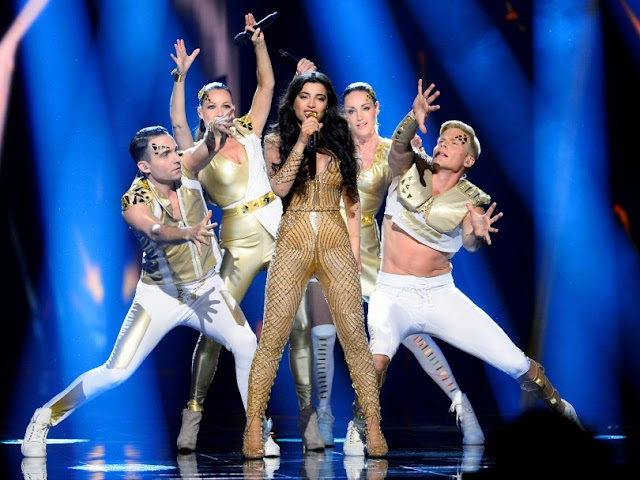 Azerbaijan's own Samra brought a 'Beyonce' vibe to her sexy showcase, she didn't need a 'Miracle' because she was owning her glittering moment! Got to love that Eurasian flare! Hungary had my attention but like the Netherlands it was all about the good looks, next please! Eurovision winners have been luckier with all English songs, Italy's Francesca Michelin fell to the wayside for that reason. Israel shed it's usual arabesque tone for a full energy vocal by Hovi Star, he was great but I will always wonder how Israel is classed as Europe? Bringing some truth into the contest, Bulgaria's Poli Genova proclaimed that love can still be a crime, slaying her pop alternative song with a message of hope! She wasn't wrong because some love can be illegal in other countries! Along with Samra I know that Bulgaria's Poli Genova won that early part of the show! Sweden looked bored, Germany was not sorry for her outfit choice, but France did his best! Poland, what the juice was that? Whatever happens, the Eurovision always gives drama!


The Australasian wildcard belted out an amazing show-stopper of a performance, If I'm completely honest I was captivated by Australia's Dami Im's hit 'Sound of Silence! As outstanding as Dami was during the 2016 contest in Stockholm, I don't believe Australia should have been invited back because the milestone celebration of sixty years has clearly already happened! Cyprus, Serbia and Lithuania embraced the Eurovision quality of being ridiculous, I acknowledged their performances but Croatia amazed me with their kooky entry. Yes, I'm still searching for Nina Kraljić's 'Lighthouse!' Russia's modern day electronic show was a sure improvement on their previous hopeful from 2015, I have a certain stance on Russia but he was on fire! As the interval show approached I was impressed by the United Kingdom's effects, we haven't won the contest since 1997, being fair it's not looking good for our future in the contest but this kitsch music event is all about putting on a memorable show! Stockholm was serving it! 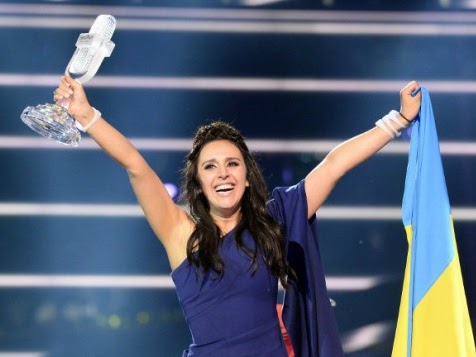 In 2012, Sweden put on a hilarious half-time event with jokes and many references to IKEA but this year's interval act was composed of many more bizarre features. Giving a nod to the United States' first official television broadcast of the Eurovision Song Contest in 2016 somehow provided the link for Justin Timberlake to perform his new song from his latest film project? No, it didn't! Usually, the half-time entertainment is a time for the previous winner to showcase his or hers new material but as the song was written by Swedish songwriters it seemed fitting to have Timberlake on the stage in Stockholm? It was all a bit strange? Unlike many other countries in Europe, Sweden has a sense of humour so its comedy skit and live performance of a true Eurovision song was all in good faith. Måns Zelmerlöw traded his presenter demeanour to treat the audience and the viewers to his winning song 'Hero's' from the previous year. Without any doubt, Måns needn't have stopped singing! Stockholm, we don't want any more politics! No!

I purposely left Ukraine's dark and slightly disturbing Eurovision entry until last due to its Crimean Tatar presence. I could hear a reference that referred to a darker time in Jamala's family history. The Eurovision committee stood by the claims that the Ukrainian Eurovision song did not exhibit any hint of a political message, I knew something would be occurring because the song title '1944' was a time before the birth of the Eurovision Song Contest! Nevertheless, Jamala owned her performance as she displayed a natural wave of emotion and passion for her soon to be winning song. I switched in-between certain websites during her performance to see that an infamous transportation of people had taken place during a '1944' time, referencing back to her song. I'm all about a political message, it's inevitable nowadays for someone to get crazy about something, but why Eurovision? So, another camp and controversial year of Eurovision has showed us that we'll always love a song for Europe! Bring on ESC 2017!