Leaving Wuhan for a weekend trip was the right thing to do, another part of China's Hubei Province was waiting for me! Xianning, Hubei had me running for that China High Speed train, I wasn't ready for that weekend of crazy! I had no idea what would greet me at Xianning North! We kept our promises, I was reunited with Fiona, a fellow English teacher from Scotland! Get it! 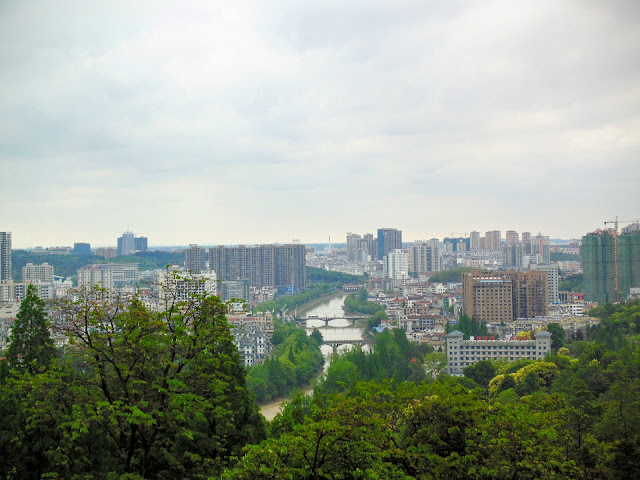 I had heard great things about this pint-sized Hubei city before my May trip. Fiona had a plan, heading for the Qianshan National Park to climb what felt like a mountain. The weather was being shady so she took me to another temple, I was loving the peacefulness of that Qianshan scenic area but that incline wasn't cool! I captured a chilled out vista of Xianning's growing skyline I was impressed with what Xianning was serving to us, it was the perfect antidote from the smog and craziness of Wuhan to be able to breathe some fresh air but the concrete was the same! Meeting at our agency's Christmas party then again on Christmas Day in Wuhan, me and Fiona have forged a no-nonsense friendship because we can sense that shady business more than one mile off! The serene feeling of the Qianshan National Park gave us the perfect setting to put the world to rights, serving nothing but truth! Oh, I would need some sleep!

Leaving the view of Xianning's cityscape we found a sense of calm as the Qianshan Temple was in our sights. I was loving the tranquil feeling that the temple exuded, basically in the middle of nowhere compared to my hectic Wuhan residence I was living for this feeling of chill. Rewinding to the previous night when I stepped onto the platform at Xianning North I was not ready for that Friday night! Meeting Fiona we got ready then got our drink on, I was told not to expect much for a Friday night but from what I can remember it was filled with karaoke and copious amounts of booze! Yes! I had taken a break from my dancing ways because I had done myself an injury on the floor but with a visit to a nightclub in Xianning on that Friday night. Me and Fiona commanded everyone's attention with our outrageous moves! Fulfilling our fantasies we strutted down the vacant runway like fashion models but we didn't care what the onlookers thought about us! Xianning, saw hose death drops! 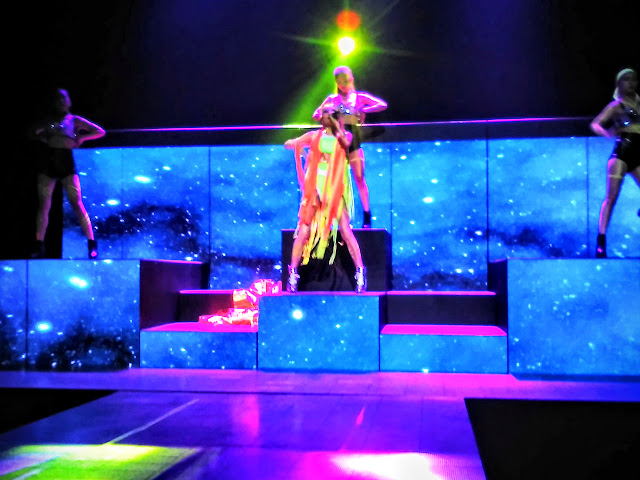 No McDonald's could cure me properly, I had made it to the top of what felt like a mountain in one piece but I was feeling terrible! Round two was pending and I had to show face on the dancefloor once again in Xianning, something was not right though! Soldiering on we met Fiona's teaching friend, Alvaro teaches at a university in Xianning and he's from Spain so it was lovely to finally to put a face with his name. Our Italian meal was nice, it was so very nice to eat something remotely cheesy for a change! A new friend of Fiona and Alvaro joined us that evening, Hanan from Morocco made it very clear she wasn't going to embrace Chinese culture during her internship, the less I say about that questionable part of the meal the better! Friday night had well and truly got me but I was out and ready to experience the Chinese nightclub that Fiona had hyped up! With new friends in a new city I was living! Behave yourself, Joseph!

Reminding me somewhat of my Chinese nightclub experience in Chengdu during National Day 2015, just no tricks to be played though. I was fronted with a shiny and plush nightspot, apparently the place to be in Xianning on a Saturday night?! Getting a table and some drinks it was time to watch and learn, I can dance when I've had a few drinks because it releases something that I can't grasp when I'm sober, I'm just more fierce! Dressed to the nines, the young Xianning folk sipped their drinks and watched the empty dancefloor. Team foreigner made it up to represent the Laowai's, encouraging a group of Chinese clubbers to join in! Chinese nightclubs are different compared to those in England but this Xianning nightspot was utterly bizarre! The performers slayed with high energy hip-popping routines and even brought some fire to the stage! Don't get us twisted, that's not a very clever thing to do! For a small city outside of Wuhan, Xianning was serving something extra! Xianning ruined me! 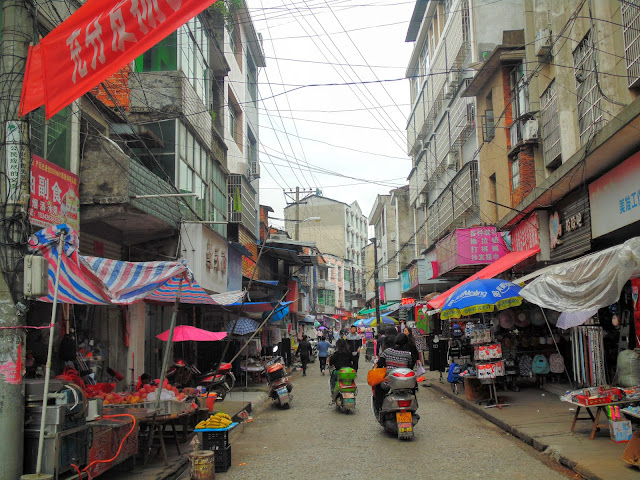 Sunday morning greeted me with a clear and sober feeling, I had recovered from my weekend of craziness! Those death drops were the problem not the alcohol, I will never learn! Fiona showed me how it is to teach English on the 'other side' in a public secondary school as I work in a private Kindergarten. I was shocked by the basic classrooms and harsh regime the students go through everyday, only having one day per month off sounded hellish! Refuelling at a nearby Muslim restaurant it was time to recount the night before with Alvaro as he didn't come to the nightclub with us. Hitting the streets was what I wanted to do but we chilled with a cappuccino in a nearby coffee-shop, it was the best in the city! Xianning afforded me the chance to be stared at for being white because Wuhan folk aren't fazed by my European skin tone. Branded 'the ghetto' Oh, I was ready to get the scoop! I wanted to see how the other half lived.

Myself, Fiona and Alvaro took a stroll along their familiar Xianning city streets but being from Wuhan where it's fast becoming shiny and new I was captivated by the back to basics feel that part of the city was serving. It wasn't sketchy or strange to me as I adore places with that extra personality, taking it back to the streets I recognised the 'normal' feel of Xianning's non-developed parts of town, but for how long will these diamonds in the rough remain in a city that lies only twenty-two minutes away from Wuhan on the High Speed Rail line? From those first boozy moments on the Friday night to our Sunday afternoon adventures, I appreciated the difference of being in a smaller city that gave me everything that I wanted and more. It's nice to leave the flashy places behind sometimes to experience a lesser known place. Boarding my supersonic service back to Wuhan Railway Station I had a feeling Xianning would be calling be back soon! I'm not allowed to dance dangerously for now!