China has several world-class showcase cities that are recognised by the masses, leaving those front-runners behind I'm all about a certain Central China city! Yes, Wuhan has a plan to be bigger and better than the likes of Shanghai, Beijing and Chongqing! This Central China city is getting its groove on, fashioning itself into a leading city of the future! Destination, who?  WUH! 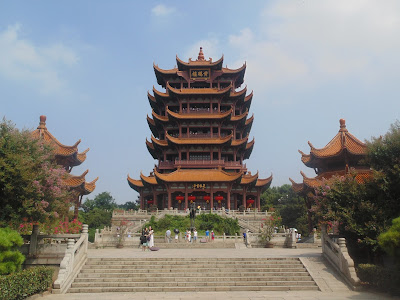 Wuchang district stands proud, packed with tonnes of history and sights. Represented by the iconic Yellow Crane Tower this part of Wuhan City has called me over from Guanggu many times. I was feeling rebellious during my August 2015 visit to the Wuchang Uprising Memorial of 1911, I wasn't going to settle for second best during that Wuchang time. This central city district is separated from Hankou and Hanyang by the mighty Yangtze River, after indulging in some foodie delights at Hubu Xiang I took a short walk down to discover Wuchang's Jiangtan River Park. Seeking something different compared to the usual Wuchang sights I took a chance on Tanhualin, a series of cute coffee shops that all give this part of Wuhan a hipster edge. Spending the afternoon of my 25th birthday at Tanhualin was a decision I won't regret making for time. Wuhan isn't recognised as a famous tourist destination, that's the secret!

Finding some spirituality in Wuchang need not be a stressful situation for two renowned temples of different faiths both bestow a sense of chill. It's true that the Changchun Taoist Temple and Baotong Temple both reside in Wuhan's Wuchang district, serving different experiences I have had the opportunity to discover both to find a sense of peace and quiet. East Lake, known as China's largest lake within a central location holds two identities as its waters flow between both Wuchang and Hongshan districts. I found some theatre culture within the Chu River and Han Street area at the Han Show Theatre, an amazing spectacle that was crafted from the history of Wuhan with the expertise of Cirque Du Soleil, I was more than amazed by that high-flying show! Talking of Han Street, that vibrant shopping street showed me a slice of home in the form of a Mark's & Spencer store! Those Percy Pigs! As one of the thirteen Wuhan zones, Wuchang deserves to be one of my top four districts! 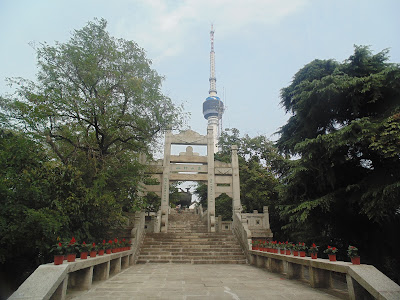 Hanyang makes the 'Han' in Wuhan, showing this fast developing part of Wuhan city some attention I will tell the truth! I'm one of those people who likes to endorse then underdog, giving Hanyang two chances in September 2015 I was pleasantly surprised to find three worthy points of interest and a healthy serving of Realness! Parts of Hanyang may mirror a continuous building site, looking past the dust and concrete I found some solace at Hanyang's Guiyuan Buddhist Temple to find a beautiful two-faced deity! Spending some time to appreciate the temple and the many shrines I was satisfied with my religious pursuit in Hanyang. I took an unplanned detour back to the Metro station to find an alley that led to what seemed like a market, something told me that foreigners don't frequent that part of town. Trusting something that others may rubbish, I had an ode to Hanyang to return to continue my Wuhan journey! Yes, H!

On a mission I scheduled some time to return to Hanyang, I was looking for Guishan Park and Qingchuan Pavilion the second time around. Crossing the same Metro underpass as I previously did to reach that famous Wuhan temple I headed in the opposite direction without much idea of where I was going. Guishan Park, otherwise known as Tortoise Hill Park took me to new heights that allowed me to see Wuhan and Hanyang from a high platform, the rapid expansion and development was more visible from the steep incline up to that hillside Hanyang park. Descending from the park I stumbled upon a Ming Dynasty beauty, designed with the bright colours and Oriental style architecture I felt like a certain Warrior Princess, of course Hua Mulan! Possessing darling views of the mighty Yangtze River with the Yellow Crane Tower in view, I witnessed countless cargo vessels pass my picture postcard scene. Hanyang deserves more respect, this Wuhan City sector holds secrets untold! Trust W! 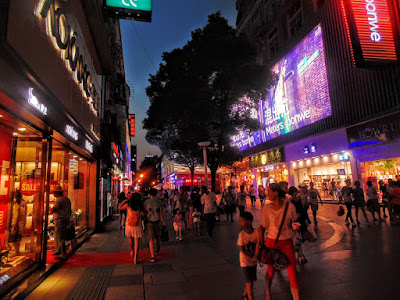 Hankou commands the attention as one of Wuhan's former cities, but nowadays this corner of the city is seen as the centre of business. Shopping is a firm favourite in Hankou, especially down the famous pedestrian streets to name a few. I love Hankou for sightseeing and a good night out at the weekends, there's so much to do across the other side of the Yangtze River. Moving from the consulates of Jianghan I delved further into Jiang'an, a corner of Hankou that showed me more than I had bargained! Getting my life I said a prayer or two at Hankou's Gude Temple, finding that Wuhan house of worship was no mean feat! Gongnongbing Road served me everything I was looking for in Jiang'an, Hankou. Endorsing some park life it's a no-brainer to see that Hankou is home to a fair few parks, from Zhongshan Park to Liberation Park I was living! The Chinese for Liberation Park is Jiefang Gongyuan. Go, Hankou!

Thankfully, Wuhan Metro's Line 2 allows me to reach Hankou whenever I feel the need to pay a visit the other side of the Yangtze River. Transport is another huge part of Hankou that helps to keep Wuhan moving, when I first came to Wuhan I stepped onto Hubei soil at Hankou Railway Station from Suzhou, Jiangsu. In November of 2015 I found the former Hankou rail terminus at Dazhimen in Jiang'an, Hankou to present itself as a diamond in the rough of a normal Hankou neighbourhood. Nights out in Hankou are always great, from the predictable Helen's to the alternative vibes of P.M Bar I don't mind paying the taxi fare if the night was worth it! During my first outings around Wuhan I found myself at Zhongshan Park, Wansongyuan and Jianghan Road in August 2015, time may have passed but I'll remember that unplanned Hankou outing. With the rapid expansion of the Wuhan Metro I can trust that Hankou will be fully connected in the near future!? Keep representing Hankou! 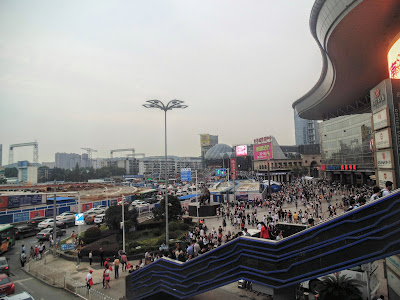 Rising from its swampland beginnings Wuhan's Hongshan District is home to the nonstop and crazy Optics Valley Square, this futuristic settlement is a shoppers and students paradise with something for everyone! Living in Guanggu is great, being centrally located I can be on my way to any part of Wuhan from the nearby Optics Valley Square Station. The crazy never stops, people are always rushing around Guanggu as if their lives depended upon it! When the sunsets its time for Guanggu's central square to be lit up, I cannot get enough of that sight of electric love! Home to a vast network of commerce and technological institutes this side of Wuhan City works for its Optics Valley brand! Hongshan district allows Wuhan to take its branch of China's High Speed rail to a whole new level with supersonic departures from Wuhan Railway Station, I took the Harmony Express from Wuhan to Shenzhen North on my way to HK. Yes, Optics V!

Working for the money each week I commute from my central Guanggu location to the Outer Optical Valley, part of a new exclusive development I teach English within a specialised Montessori pre-school. It's not all concrete, industry and fast trains in Hongshan district, this part of Wuhan city is blessed with an abundance of parks, lakes and various scenic wonders. Wuhan Botanical Gardens and Forest Park are both on my radar, I would like to spend sometime away from the concrete jungle that is Guanggu! Students are the answer for Guanggu's being, during the Spring Festival holiday in February 2016 there wasn't a sinner on the streets of Guanggu because they had all made their journey's home to their families. Hongshan knows how to party, Wuhan Prison is one of my favourite nighttime hangouts in Guanggu. I know that alternative Wuhan dive bar will see me a lot during my time in Wuhan, CN! Wuhan's big four city districts all have something unique to serve! No, Wuhan won't wait!