Wuhan: Get Me Back To Guanggu!

Chinese people know how to have a good time, but there's one part of the bargain I learnt the hard way! Accepting an invitation from some students from my teaching center in Guanggu, Wuhan I just couldn't say no to another round of KTV! Time waits for no one, would I make it from the Wuhan Citizens Home in time? Yes, I should be learning some Chinese now! Too right! 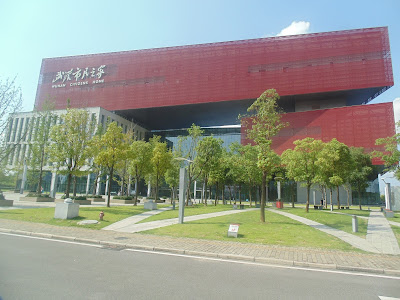 Becoming a legal alien in China matters to me a lot, dropping my passport at the Wuhan Citizens Home forced me to answer a few obvious yet nerve-racking questions during the interview to process my Work Permit. Fast forward three weeks to August 6th 2015 I made a dash for this Hubei government building to retrieve my British passport, I had been out for a few beverages the previous night so navigating the two metros and the taxi felt like a monumental task indeed! So, taxi drivers in China don't speak a shred of English and the lack of my Chinese was something to be desired, thankfully I had a photo of the Wuhan Citizens Home on my phone! Wishing on a lucky star, I raced against the clock because I had agreed to meet with some of the Local Teachers and students from my English Training Center at 5:00pm that day! I should really get my act together, these Chinese summer nights get very crazy!

With my passport in hand I hardly spent ten minutes at Wuhan's Citizens Home, I can't actually wait until the Wuhan Metro is linked with one of the new lines that should be built soon! The August sun was sweltering more than its normal Wuhan raise, we had a clear run of blue skies that turned the heat up! The vast majority of my training pals are in the process of travelling to Hong Kong to get their tourist visas converted into the respected legal document so they can remain in China, I arrived into China with a different visa so I won't be going to Hong Kong just yet. Making my way closer back to Guanggu I had trouble with the taxi driver on the way back to Erqi Road Metro station but with a stroke of luck I made it back to Optics Valley Square station with time to spare! I am now a legal alien and have the right to remain within China for the next year, I can use my visa to travel around China but will need a few extra stamps when I travel to Hong Kong, Macau and Taiwan. I'll travel China! 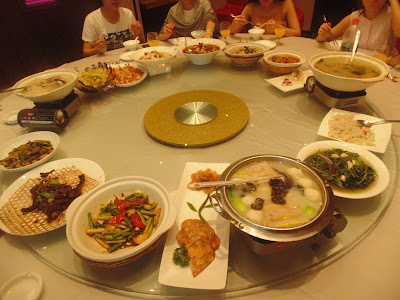 Meeting up with the gang on-time was such a relief! My crazy three hour round trip from Guanggu to Wuhan Citizens Home had left me no time to eat anything, it was purely my own fault because I chose to have more sleep over being than responsible! I had no idea where we would be going for food, along with a selection of METEN students and Melody, Sylvia and Michelle from the team we made our way up Luoyu Road to find a hotel like tower that was actually a wedding and conference centre, I was excited. I felt like the guest of honour, so many questions asked to me by students who hadn't met me before, it felt special! I was surprised that someone didn't get their selfie-stick out sooner rather than later, these Chinese teens took at least twenty photos before our dinner was served. I thought to myself, how much was this meal going to cost and would my new friends even let me pay?! Oh, I more wanted my food! I did Wu!

We dined on some seriously tasty Chinese food that evening, some of the selections challenged the meaning of Chinese food when compared with the average British Chinese takeaway because it was the real deal! Who knew that spicy cauliflower tasted so good!? I tried this strange looking broth that turned out to be a fish soup, I'm funny with fish so that wasn't a winner! The tofu was lovely and of course every self-respecting Chinese meal has to include a bowl of steamed rice. The energy was really nice, everyone was really friendly and there was even a bit of pre-KTV going on as-well, I served a bit Vogue for my audience! Was I the guest of honour? Oh, please I was invited along to a meal and KTV, I only expected to have a good time away from the duties of work. It might sound bonkers but Chinese food tastes so much better here in China, well the pumpkin was the best I had ever tasted! Conversation flowed and jokes were told, at the end it was a lovely meal. It was my weekend? 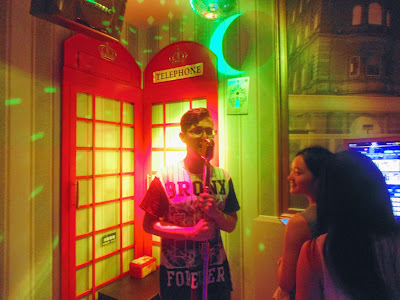 Get me to KTV! I was ready take to the stage once again, making my comeback at German Street's Playsing KTV venue! I had been a few weeks previous with other colleagues from my English Training Center so I was ready for some more! I usually need a few drinks in order to do something crazy but this time around at KTV I was on that mic faster than somebody could say 'X-Factor!'. I had a sneaking suspicion that the Local Teachers had chosen the British/London themed KTV room for my benefit? I knew it! Toasting our two hour KTV karaoke marathon with a small shot of ice cold lager I was ready for a song! Treating everybody to a half-terrible rendition of Madonna's 'Express Yourself' it helped I knew most of the words and I had sung that song the last time at KTV. I don't have a good singing voice but my fellow KTV goers told me different! Imagine if there was KTV in England with drinking games involved? Do it!

Most of the group got up and performed a song or two, it was just fun at the end of things. I tried my luck with a Britney Spears anthem, strangely enough I knew all the words and even the backing lines. I noticed several lyrics had been changed or rather censored when I had a go at Lady GaGa's 'Fashion!' maybe it was too fabulous for China?! Sylvia and Melody took the mic a couple of times to sing some Chinese anthems from the past and present, variety is the spice of life! OK, so I tried to pay for my share of the dinner but that wasn't going to happen, I resorted to giving the waitress a tip to feel like I had contributed something. I have found that the Chinese like to treat their guests well but I want to pay my way, I guessed it went the same way with KTV but I enjoyed their company so all was well. Saying goodbye to my KTV and dinner chums I braved the rain back to my apartment, it was randomly decided that the night would involve more beverages at Prison! Yes! Get back on it, Joe!

I Got My Papers!