Don't worry Walthamstow it's alright, yes it's really alright! Other parts of London need not stay another day because E17's got that special something! No, I didn't want it to rain but I wasn't expecting for the streets to have such great names! Yes, I'm talking about that Turkish cooking and culture that Waltham's Forest served up! Londra gerçek bir Türk havası vardır! Evet W! 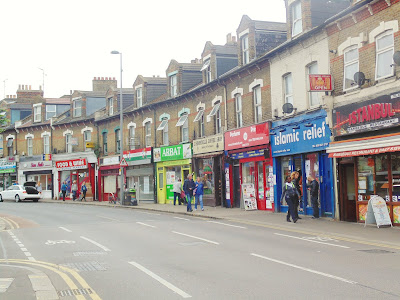 My inner tricking ass self gagged over the choice of street names during my time in Walthamstow, London! Hoe Street served European Realness judging by the wide variety of Eastern European grocery stores and restaurants along that East London street! Romanian, Russian and Polish food stores lined the first section Hoe Street as it tailed away from Walthamstow's high street. I was hungry for some good Turkish cooking that June afternoon, Istanbul had the key to my hunger! Ordering chicken soup, a Beyti Kebab and an ice cold glass of Ayran I was ready to have my taste-buds transported back to Turkey if only for a brief moment. Even though I'm a city boy at heart I just can't stand the pandemonium that tourists bring with them to London, I took the tube from London Bridge to Walthamstow Central via King's Cross St. Pancras. I wish that London's Underground was less expensive but I had the 'stow!

Why Walthamstow? My brother had previously been for a party and didn't approve of E17, he's too much of a home bird if I'm honest. The former members of British 90's pop band E17 all hail from Walthamstow, London so I used that topical reference to bolster my reason for heading to the 'stow! I know that London is an extremely multi-cultural city but E17 proved that notion without a shadow of a doubt, from the vibrant market on the main avenue by Walthamstow Central station to Hoe Street. Hoe Street took that multi-cultural vibe to the next level, hosting a large Turkish community judging by the Eastern European people that passed me by during my afternoon in East London. I might be contradicting myself in a moment! Was I in Essex? Not quite but I did see a few buses heading for Ilford and Woodford, going over the borderline to the London Borough of Barking and Dagenham. Brownie points for Walthamstow, I was extremely impressed by the freshly made Ayran B! 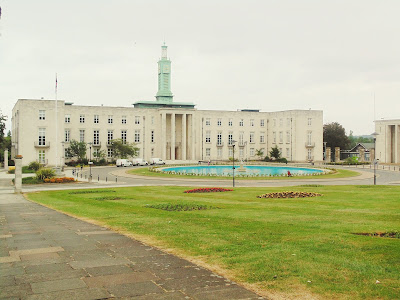 Some would say that Central London is the only part of the city worth visiting? I disagree with that thought because each neighbourhood in the many London Boroughs all have something different to say, presenting a less of an act compared to the likes of the West End as much as I love that creative corner of London I just can't be doing with all the tourists! Sorry, not sorry! Walthamstow fared to be a part of London that required basic research to see what places deserved my attention, choosing something alternative I favoured the headquarters of the Walthan Forest Council. Following Hoe Street from the Tube I stumbled upon this unassuming part of Walthamstow. Built in 1941 this regal looking Town Hall now boasts Grade II Listed status to protect it from any modification. Things were really quiet that June afternoon, giving me the chance to not look the fool, its not an average hotspot! I don't care!

After serving Town Hall Overness I didn't really have much else planned apart from heading to a Turkish bakery but that would happen soon enough. During my pre-Walthamstow research I was intrigued by the former Walthamstow Stadium dog racing track, which looked worth a nose around but places change so I kept that idea on the back burner, trust me to walk for an age when I decided I wanted to find the dogs! I usually approved of a little bit of gentrification within a city but Walthamstow's Village left me feeling flat, on social media they promote the street as a Nouveau-Riche quarter but it didn't have much edge or personality! Oh, yes I just expressed that shade! Loose the Artisan feel and shun the pressure to be trendy in a conventional sense E17 because you're already serving Realness without a shadow of a doubt! Turkish food done! I hadn't completely had my fix of Turkish delights in Walthamstow but I'll get to that chestnut guh! No, hipsters! Go sit down! 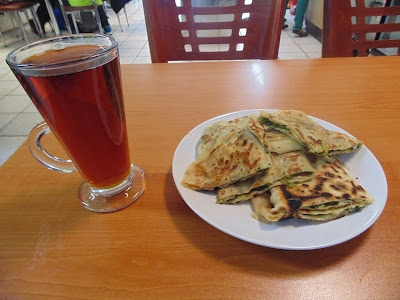 Sour Cherry juice and Ulker treats? Yes, Walthamstow's Akdeniz Turkish Market unlocked the key to a world of Turkish groceries that I last saw in Turkey during the summer of 2013! As if I couldn't be anymore hungry I found another Turkish foodie treat! How about some Turkish tea and savoury Gozleme? Yes, please Walthamstow! Niyazi Usta had caught my eye not long after getting off the Tube from South London, I had so much choice so I left this Turkish gem before I got the bus back to London Bridge. I had been so greedy that day, going one further by taking away a seriously sweet Turkish pastry from Niyazi Usta. Look for a little Turkish lady who will be sat in the window making the Gozleme's fresh for order, I chose a cheese and spinach Gozleme but I had to get that wrapped up as well! Thankfully I had walked a lot that day because I had eaten so much good food! Yes, E17 serves Turkish Delight Realness!

Getting away from the tourist traps by the River Thames gave me the chance to see so much cultural diversity, also reconnecting with a Turkish vibe was absolutely amazing! Walthamstow holds many identities but its Turkish influence allowed me to eat some delicious food and to find freshly made Ayran! It's unclear if Walthamstow's dog days are over yet but I did my research anyhow. Ditching the London Underground for the 48 bus to London Bridge I was baffled by the sheer amount of Romanian businesses that operate within E17, from Romanian barbershops to a bar called 'Bar Transylvania!'. Challenging the concept of Walthamstow Village gave me a sense of nothingness because Hoe Street served a side of E17 that I imagined would be there. That Town Hall impressed me much! E17; Walthamstow, you already know that everything's going to be alright! I'm not going to apologise about making cheesy references to E17's lyrics, I know that I'm good with that!