Hello Europe! The Eurovision Song Contest has thrown some serious sass and pure ridiculousness over the last few years, from 2012 to 2014 I want to see what countries represented with integrity whilst others that rested on the famous 'gimmick?!' From Baku to Copenhagen via Malmö, there's been some serious political voting going on! I love Eurovision! 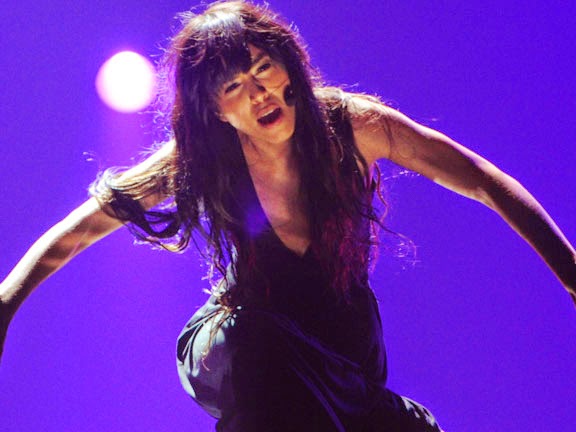 In a far off Eurasian land, well Azeribajian to be exact welcomed the 57th Eurovision Song Contest! Feeling the energy, I would like to catch up with a few favourites from that  contest to include several song celebrations. Firstly, Cyprus was represented by Ivi Adamou, singing 'La Love' with a seductive number that oozed Eurovision sass! Being in the USA for that 2012 contest meant I had to relied upon YouTube to be a part of the party. A fan of the contest since 2002, I wasn't about to put off my Eurovision Song Contest ritual because I was away from the United Kingdom! No! Romania owned their 'Zaleilah' groove, a strange yet catchy jingle that sounded suspiciously Spanish?! My American co-workers had no clue about the ESC, so I flew the flag independently! Bringing the Aphrodite queen a second time with Greece's Eleftheria Eleftheriou made everybody want that Aphrodisiac she was serving! Russia took the biscuit with a group of crazy grannies who represented! That Russian performance was bonkers! Oh, ESC!

Eurovision has had to transform itself into a modern singing contest, reinventing its image to be even better than the previous year. A certain Scandinavian nation represented! Honestly speaking, some shade had been thrown towards certain breeches within regards to 'human rights' in Azerbaijan. Don't quote me on what words were hurled during the build up to the contest but one lady slayed! Performing seventeenth Loreen changed the face of Eurovision with her strong and energetic rendition of 'Euphoria!' With an avalanche of votes resulting a victory with 268 votes Loreen won the contest outright! In my opinion Loreen's impact was a serious game-changer for the contest, she catapulted a credible club tune that I have danced like nobody else was watching! I can identify with Loreen's anthem because it's about being ourselves and just living in 'Euphoria'. Girl, I bought your album and that's a first for a Eurovision star! 2012's Eurovision Song Contest has changed the game for many reasons but I sensed more drama, L!!! 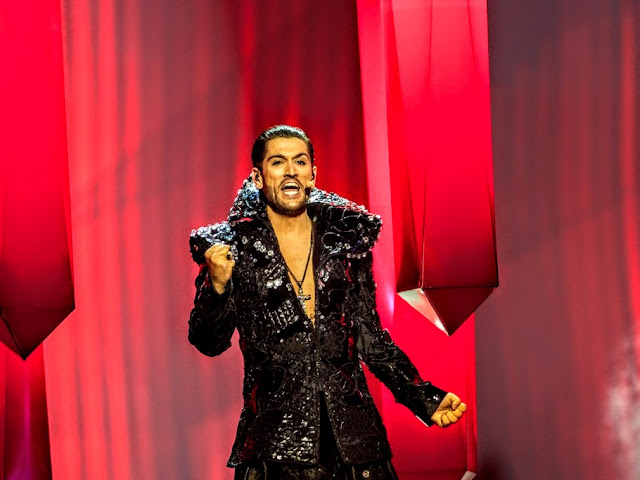 Malmö, Sweden in 2013 had big things to serve! Loreen was back for one night only on the ESC stage! Tensions were brewing with Turkey after they had been outraged by Krista Siegfrids 'Marry Me' where she puckered up with one of female backing singers/dancers! Yes, Finland! Those Scandinavians owned that Eurovision malarkey! No questions! Norway chilled the party, Margaret Berger brought a rock goddess vibe to the contest with 'I Feed You My Love'. Certain political undertones had been raised but this fabulous musical event always finds a way to grab the headlines or fuel the evils of tactical voting. Zlata Ognevich served Avatar Realness as she belted 'Gravity'. That Ukrainian entry became a firm favourite of mine due to her performance and vocals. Talking about Turkey, they needed Sertab Erener to help the side any way she could! Our hope was Bonnie Tyler, we couldn't hold out for a hero any longer! Let the tactical voting begin Europe! Why does the United Kingdom score so badly? We need a Eurovision miracle, B!

From Finland causing a stir with that kiss, it was left up to Romania to bring the bizarre back to Malmö in 2013! Dracula had entered the arena, Cezar belted out a pop operatic performance of 'It's My Life' to put the legendary Eurovision 'gimmick' to the test 100%! I honestly loved Romania so much more compared to 'Zaleilah!' Holding out for a hero didn't do us any good so I looked over the Irish Sea to Ireland's Ryan Dolan for 'Only Love Survives!' Ryan's super cute performance was complemented by his two strapping drum players! Ireland, I was counting on you to bring it! Loreen made her comeback with a banger 'Euphoria' and her new single 'We've Got The Power' to bring the house down! Host Petra Mede presented a hilarious Smörgåsbord of a halftime show, signing about the joys of IKEA, Mamma Mia, Abba and Gay Marriage! There had to be a winner, Denmark's Emmelie de Forest won with 'Only Teardrops' to my dismay the United Kingdom had lost again! Malmö served IKEA Realness, it was seriously camp! Indeed! 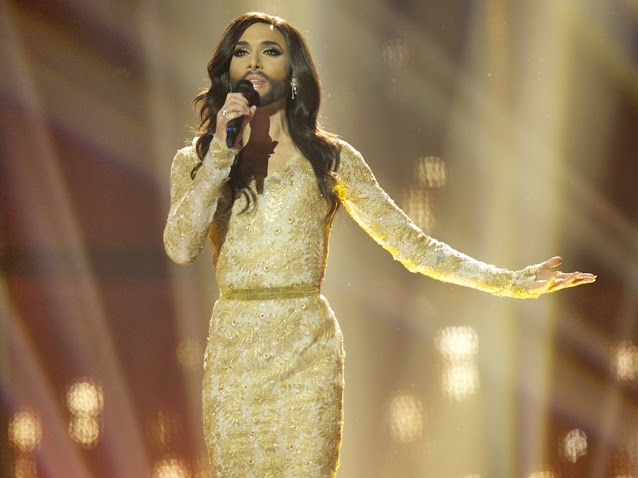 Copenhagen, Denmark welcomed Europe to the 59th Eurovision Song Contest with one hell of a dramatic show for the continent to enjoy! I had gone out the night before the final, so I found out a little later on that a certain Austrian stole the competition! Forgive me for my hungover-ness! Flashing back over the contestants, I couldn't help feeling they were all singing for peace and solidarity? Hold that thought! Poland served something between Polish folk dancer meets the Pussycat Dolls! I was confused with their scantily clad milk maids who proclaimed their talents lay making bread! It was camp in a completely sense! Not making the final, I adored Portugal's lively beat that took me back to the streets of Newark's Ironbound District! I want to say 'Obrigada' to Suzy for 'Quero Ser Tua' because it gave me life! Can Ivi Adamou represent Cyrpus again please?! On second thoughts, why didn't Portugal get to the final with their melody? I know that I had fallen off the Eurovision bandwagon, life had gotten in the way! Yes!

007 who? Conchita Wurst, an Austrian powerhouse of glamour and elegance rose higher than a phoenix from the fire! No one could have guessed in 2014 such a groundbreaking act would follow 1998's Dana International, let's just say Conchita had a little secret to serve? This Austrian female impersonator set the stage on fire with her powerful lyrics, leading the message to be that her haters fuelled the fire for her strength and determination. Born Tom Neuwirth, Conchita stole the show by taking the flame of victory for Austria that May 2014 night in Copenhagen, Denmark. Could Conchita Wurst be the first bearded Bond vixen? That fire has sent me a little crazy! 'Rising Like A Phoenix' inn the drag stakes Conchita Wurst made her impact after the glittering contest ended to become a Gay Rights ambassador and Pride icon rolled into one! The recent anti-gay legislation that had been released in Russia angered us and the torch was carried on by Conchita! The Eurovision Song Contest wasn't just about the music!
2015, We Ready!