Where's my Hometown Glory? I have lived in two countries over the past four years, I have to ask myself the same question. Does Bilston make me happy? Did Newark serve Brick City Realness? Or did Birmingham rock my world? I feel that my Hometown Glory could be anywhere, I don't see myself living in England for long because I want to fly away again! Home? 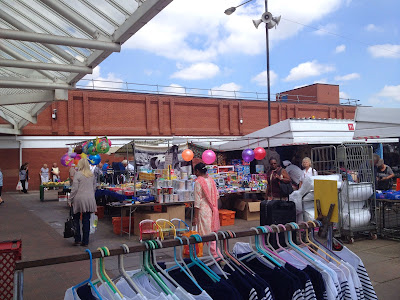 Bilston is the first instalment of Hometown Glory, it was purely by default that this contender is in the mix! I have lived in Bilston since the age of five after relocating as a boy from Ealing, London. It's got its charms but as a university graduate its become a place that I have found myself right back at the beginning. I have published numerous publications about this West Midlands town but it leaves me always wanting more out of life! The weekly market is Bilston's saving grace because despite the economic hassle, it is still attracting people from the region. Where I am at the moment needs no introduction, I look to other graduates who live in towns like I do, towns that don't have much to offer when I studied for four years at university. The saying goes that we 'are a product of our environment?' I'm not sure if I wan't to answer that question because I want to get my money and go travelling for as long as I possibly can! OK? I know that I am hard on Bilston, but if nothing else it gives me perspective. Family means home.

That felt good! It's not all bad in WV14, no I sampled the nightlife in Bilston in December 2014 to find that the pubs of Bilston's high street resembled the 'Jockey' pub from the Manchester based show 'Shameless!' I needed some culture! If truth be told I have championed Bilston through my publications as I mentioned before because it is a quirky place that could be popular with American tour groups! Aside from the shade and negativity its difficult to be hard on Bilston, let's just say a pork and stuffing sandwich makes all the difference! There's no place like home, so I guess its like an annoying sibling that just gets on my nerves? I like the sound of that term of phrase! I do have grand plans to spread my wings but Bilston is the base for the moment, that's the way it's got to be right now. This town is my waiting room, I'm hatching something grand, I have Bilston to thank for giving me the thirst to get up and get out! Bilston is a compulsory Hometown Glory of mine, need I say anymore? Don't let Bilston hear that part! OK! 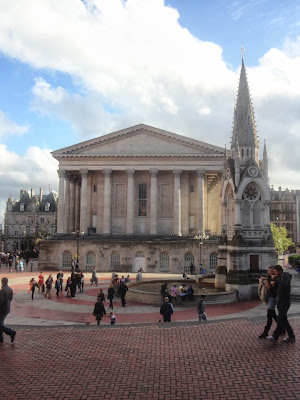 Packing up my suitcase I moved to Birmingham in September 2010 to begin my university degree at University College Birmingham. Taking a chance on Brum changed my life, I grew in confidence and commanded my own life that was full of independence and freedom. Residing in Halls of Residence took the mick sometimes, it enabled me to meet people from different places and social backgrounds, broadening my outlook on life, teaching me life lessons. Birmingham serves Hometown Glory for different reasons when compared to Bilston! Learning to leave my comfort zone didn't take much persuading. I saw Birmingham change from a city into a destination, appreciating the flaws I saw greatness in my student city! It wasn't all about the party, I had moved to Birmingham to get my degree and to find myself! From Davenport House to Thomas House, those different houses all gave me something to remember! Glory, glory, Bir!

Yes, my studies challenged me for all the right reasons. Sure, I was in living a city centre environment, so I had the opportunity to cut loose sometimes! That new found freedom was so beautiful! When the sun set it was time for us to marry the night, well for the fresher period anyway! Over the course my time living in Birmingham I became familiar with Southside and its many nightclubs, breaking from writing my Dissertation would usually result in a crazy night at the Village Inn. Breaking from the centre I saw Handsworth and Bournville for myself because its all about testing those boundaries! I finessed my nighttime experiences, I cared a lot less about those who didn't want to embrace the rainbow! It has been said that all good things have to come to an end? I agree with that sentiment in one sense, I know that Birmingham will embrace me again in the future, there's no need to stress! B, I'll always go back to Birmingham! 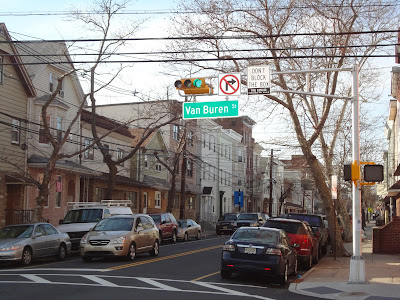 Orlando was more like a holiday during my first summer break after my first year at university. Being a Disney Intern for the summer allowed me to embrace my new found love, I can't divulge such pastimes because a gentleman never tells! My Chatham Square apartment complex gave me the chance to explore and with Mickey's guidance I had a good old time! Working at EPCOT within Future World North gave me the chance to meet some amazing people whilst working in the Merchandise department. I loved my evening shifts and those Extra Magic Hours, me and Zach acted the fool with those Minnie glow accessories! Orlando had been a place that I had visited as a child twice before that working period commenced. I had a ready made connection with that Floridian place, it will always be my first U.S Hometown Glory! When I saw about the Pulse shooting after I had been to that club in 2011, my heart broke! My 2011 summertime of my life gave me many magical moments, I could recount them for days! Orlando, FL, stay golden!
I lied, I have four places that give me that Hometown Glory feeling! I crossed the Atlantic Ocean once again, for the best part of the year I spent 2012 to 2013 in Newark, NJ! I loved that corner of the U.S.A, being back stateside gave me a lot to be thankful for! I worked at Newark Liberty International Airport as a Passenger Service Agent for Hallmark Aviation Services, donning my Virgin Atlantic uniform on a daily basis. I checked in passengers, I helped check passports at the boarding gate and even helped a few celebrities on their way back to London Heathrow Airport. Newark kept things real, I had some serious Realness to deal with when I walked to work for those A.M shifts. I knew what to do, I had my street sense challenged. Being across the water from NYC held the key to my days off, I made sure every second counted! I travelled over to the fabulous Las Vegas, I felt the heat on the beach in Puerto Rico was everything, I even crossed the borderline into Canada twice! I will return to Brick City in the future, when it's time! I'm a what?