Summer for me usually brings a foreign holiday in the blazing sun, this summer I embraced Mother England for a change. I thought to myself, couldn't I be a champion without going abroad?! From South to North my summer is still standing tall! Newcastle, Blackpool and some of the South served me with some golden memories! Summer 2014 keep being that champion! 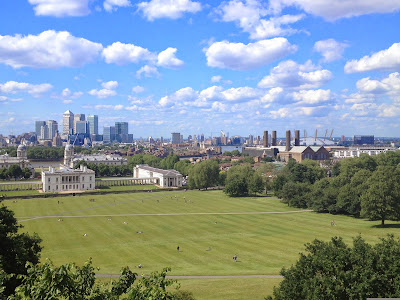 I chose London to kick start my summer of enlightenment, I wanted something extra! Ten days in London gave me the opportunity to reconnect with family who had moved to the capital. Surely, I would be able to see the sights? Yes! London was the reason! I stood at the top of the Greenwich Royal Observatory, loving the sickening view over London's EastEnd evermore. I got hungry so a visit to Brick Lane served me with a meal to remember. I don't like to call myself a tourist by any means so I went Underground to get the most out of the capital during my stay. Strike up the band I wanted to see a musical! Alexandra Burke served Whitney Houston well in the Bodyguard Musical, the show was legendary! Leaving the main event I took the Docklands Light Railway to Woolwich for some West African food. What's up Golders Green?! My London trip consisted a lot of eating! That was the plan entirely. Of course, I was almost home because London's my birthplace! Keep on those tracks, I wouldn't need to listen for any final calls! Oh!

London gave me nothing but Glamazon Realness! She's a strong and beautiful city that is in charge of her dominions, I knew that already? Yes! Stamford Hill brought the Hasidic Jewish vibe back into my life, that part of London had a vibrant pace but didn't give me my Kosher chicken soup! Whereas, Golders Green gave me exactly what I wanted! Woolwich had that yuppie type feeling, there's some serious development going down within the Arsenal. South East London served as the perfect contradiction with the gentrified areas finding a way to get on with the better known culturally rich neighbourhoods. London's Thames Path showed me so much more of London's riverside, learning to love my capital city some more. I was enjoying this no foreign travel lark a little bit too much! Hey Queen! You should try the Anchor Tap, set in the heart of Shad Thames I was impressed! London showed me that hipsters and pubs can work, Shoreditch played its own game! Making the headlines loud and true, I'll always love London! 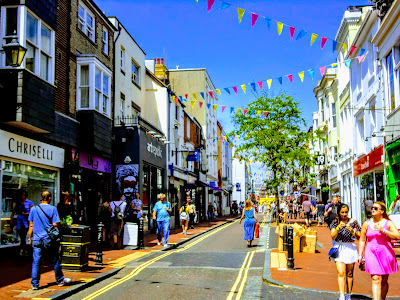 Brighton called my name! Choosing to spend twenty four hours by the seaside I couldn't get any more south! My writing had won me a free nights' stay at any one of the Jury's Inn hotel's. Brighton worked because I had just been in London. Getting the essence of such a bohemian beach town I trusted Brighton from the very first second once I saw the Lanes. Taking things a little slower than I had done in London, Brighton spiced up my life with the Royal Pavilion. What was that special something? Was it seeing the blue waters? It was everything! I learnt fast that the townspeople of Brighton watch out for the seagulls, I didn't fancy my chances whilst I ate my lunch by Brighton's first pier. I usually endorse the main attraction but I wasn't satisfied with the new Brighton pier at all! I just wanted more but I knew that London had taken it out of me so I took it easier in Brighton that day and night. I would sure return for a night out in Brighton in the future! I will do, but I have get working on my China exit plan! Let's go, Brigh!

I tried hard not to get lost in the illusion because my time in Brighton had come to an end, meaning my return back to the West Midlands. The south had served a few days of rain but mostly sunny spells graced the days that I spent running around trying to see as much as I possibly could. If truth be told I was sad to leave Brighton, I guess goodbyes just aren't that cut and blow dry? Nevertheless, I really appreciated the Indian spice that Brighton's Royal Pavilion oozed, it served as a tasteful reminder of the British Raj. Suffering from a slight bout of tunnel vision I missed out on a sweet treat from Choccywoccydodah, I mentioned about that night out, I shall be back B! Who knew that I would win a competition based on my comedic writing skills? I surprised myself if you must know the truth! I received some shade towards my 'Next Stop... Brighton, England' blog. You know I have no time for haters! Bidding my final wave to the south, it was time to return to the West Midlands. Could I just graduate already? England is cool but... 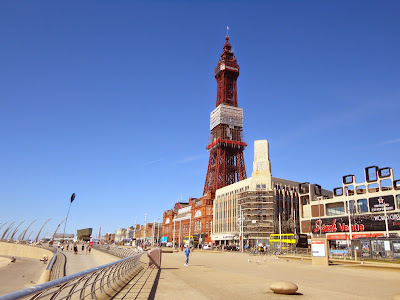 To the north! On a whim I booked a weekend in Blackpool. I had just received my degree results, Blackpool had to be the best place to celebrate! Leaving my dignity at the coach door at Birmingham Coach Station! I didn't know that B'pool could look so good? Well, that was the drink talking for sure! The legendary Blackpool Tower took the crown, she's still working it after all of those years'. Comedy never got so blue! Nursing a hearty hangover I took a chance on Joey Blower's comedy show at the Merrie England Bar on the North Pier. He told a crude joke or twenty but I wasn't prepared to be pulled up to the stage! I was tired of waiting for a good night out, just wait a quick second Joseph! Blackpool broke it down to me like it was looking at me! Blackpool didn't need my approval because I left my judgement alongside my dignity at the coach door. I've said that already? No fish and chips for me that weekend, it was all about pie and chips. There was no diet that weekend! No, I did not swim in the sea but I was a real mess!

Funny Girls kick started my Lancashire weekend with an injection of cabaret, I even got a selfie with DJ Zoe! The night was young, I had heard some great things about the Gay scene in Blackpool, getting my drink I hit the Flying Handbag and Kaos that Friday night. I literally crawled down to breakfast the next morning, who serves breakfast at 8am?! I was feeling extremely delicate! I had almost forgot what pre-drinks were before that weekend, my student days had wrapped up just before that Northern trip. University was done, so I reunited with a fellow student who I met at UCB's LGBT Society. Girl, we got our drink on! Yes! Hitting the up the same nightspots on the Saturday night I did see Amy! Breakfast didn't exist the following day, Blackpool showed me a weekend to remember or not! Time never stays still so I said farewell to the Las Vegas of the North once again. Talking of Las Vegas! Did Blacks measure up to that Nevada mecca?Britain really does have it's own Vegas! Oh god, I think I might throw up! 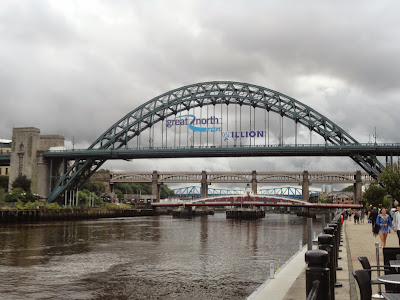 I made a promise to Newcastle Upon Tyne! Fulfilling my pledge I made the mammoth journey up from Birmingham to the Toon. Megabus got me to the North East without a hitch but I never want to repeat that journey ever again! It was long! The Tyne Bridge served some clouds and cold but it was better than fog, I wasn't mad! I was guilty to say that I was inspired to visit Newcastle because of seeing the reality series 'Geordie Shore'. Money has been tight, so I stayed at Newcastle Backpackers. That hostel served the purpose for my trip, it was perfectly located close to my chosen nightspots. The Geordie accent had me dumb, I just couldn't stop listening to the locals talk their talk! Grey's Monument impressed me much! As Chinatown's go by, Newcastle's compact East Asian corner served me a budget priced beauty of a meal. I bet you couldn't tell that I'm easily pleased? True to say I had that Newcastle Upon Tyne state of mind. Ticking another premium city off my list, I couldn't see any fog over the Tyne! Absolutely right!

I got my public transport hype on to reach Gateshead's Angel of the North, I took the bus! That had been another key reason why I had trekked up from the West Midlands to the North East, 'Cheryl Fernandez-Versini', formerly of Girls Aloud will always be the true Angel of the North for me. However the actual cast iron queen stood strong like a fierce looking Glamazon! Now I say, take me to the Pink Triangle! I saw right through the clubs that were featured on Geordie Shore I wanted to party at Eazy Street! Newcastle Upon Tyne has a very chilled feeling in the day, people went about their business figuring why the night scene got crazy! Eazy Street served North East realness, Thursday night gave me the opportunity meet 'Beauty Killer' I got a shameless selfie with her! Friday took things up a few notches, the party people were out at Eazy Street for sure! There was no pretence at Eazy Street for it was all about having a great night whatever happened! I was in Crazy Stupid Love! NCL how did you do that to me? Take me home! Done!