England's South West best? I got moving before I left Birmingham, heading down south twice during the first half of 2014. Taking in Bath, Bristol and Salisbury for separate reasons, it was all go! The 'Roman' Baths, a 'Harbourside' City and 'Neo-Pagan' Stones won't be waiting for any of us! Saying that I had to get moving! History and heritage was done the English way? Maybe so? Roman Britain can be found in a few select locations across England but after reading a blog about Bath Spa my visit was decided. I really wanted to get to know Bath Spa, I wanted to capture the opulent settings that the Romans brought to my British Isle, that have created a lasting impression. I reached Bath Spa in January 2014 via Bristol due to it being a convenient route for me to take from the West Midlands. Bath Spa had a feeling that made everything else make sense; the stone buildings that line the small winding streets complement each other just right. The original Roman Spa that I saw had been crafted during the Roman reign of Julius Cesar, dating back to 60-70 AD dating back 300 years, Bath Spa's Roman baths looked amazing just as good as that initial blog had shown me! If your visit to England happens to be your first, I would stress that a whistle-stop trip to Bath Spa ought to be on the list of places to visit in England! Nothing can touch this Grade I listed bath! Oh B, I wanted to have a warm Spa bath!

Moving away from the Roman Bath, I would soon find out for myself that Bath possessed a grand Royal Crescent that was constructed from 1767 to 1774 as a Georgian housing complex. Comprised of thirty regal houses that definitely served their own grand personality with each front window has a room with an exceptional view of Bath's city-scape for the Royal Crescent shares its foundations with the Royal Victoria Park, a hot property then and now for sure! That's how the other half live! I visited Bath when I was still a student in Birmingham but Bath had a very different feel. It's no secret that Bath has a regal past but the here and now looks just as good for the original features around The Circus is a distinguished environment, I need to change my address. Places of worship appeal to me whilst I'm exploring somewhere new, Bath's Abbey ticked that box of curiosity its first foundations of the Abbey were laid during the 7th Century. Bath's Roman occupation looked beautiful! Let's big up Bath Spa! England isn't bad! 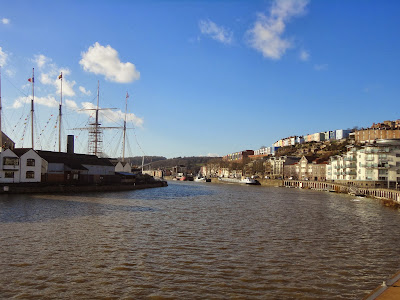 Starting over again, Bristol was the second place to visit during my South West England trip. I revelled in the hidden charm of that Southern city. Following my trip to Bath Spa, I justified a day spent in Bristol before returning to the West Midlands. I had been to Bristol before but it was for a shameless party, so I loved seeing such a cultural and intriguing city! Queen Square was great! Bringing back some Victorian Realness I strolled through Queen Square to be acquainted with a calm and orderly part of Bristol's city centre. Tell me all of the things that you want to do? Getting to Bristol didn't take me too long from the West Midlands, I took the Megabus for £5.00, without any hitches Bristol was in set my sights. From the quiet alcove in Queen Square the Central Promenade joined me with Bristol's Floating Harbour. I walked around the city centre without any issues. Bristol had a quality that reminded me of Baltimore! There was something that I didn't know about Bristol, it would take me longer to find that out.


Opened in 1809, Bristol's Floating Harbour paved the way for Bristol to become a serious contender to bring trade from the growing points across the British Empire to our shores. Opening markets in India and China this Bristolian city sailed its way to bring precious goods and a healthy economical gain for the city. I took my time to get to know Bristol's waterfront, I didn't know that it existed but I love a good surprise! Just look at Liverpool, they also steamed ahead as an industrial port of commerce I saw that Bristol served that as well! It wasn't all work for the Floating Harbour because the surrounding docks harbour boasted trendy bars and restaurants that are housed in the original warehouses, just look for the Central Promenade and Pero's Bridge. Mentioning 'Pero' flashes back to the days of the slave trade, grim as those days were it did happened but time has moved onwards and we can keep our lives. Bristol fooled me first time, the Harbourside City prospered because of a very dark matter! B, we won't forget it! 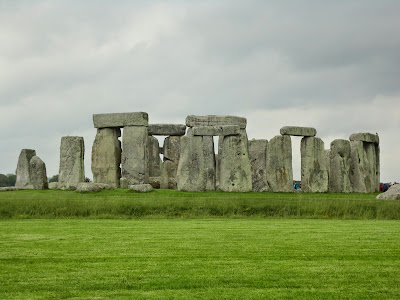 Stonehenge has to be one of those 'bucket list' places for people to visit? Yes! It was easier said than done but I planned my day down to see those pre-historic rocks in Salisbury for myself. I don't want the best but I want a good life to have the opportunity to see things, making the most of my final student loan I returned to the South West of England to Salisbury. Travelling via Bristol I firstly saw Stonehenge on the Stonehenge Bus Tour, not being able to drive left me with no other option to just go with it. Dating back around 2000 BC the now designated stones looked amazing, it was one of those sights that I just had to see, no question about it! Moving through the ultimate English Heritage trip I chose to see Old Sarum, Salisbury's first foundation stood on top form looking over modern Salisbury. From a Neo-Pagan sites of worship to a previous Norman settlement. After scaling Old Sarum, It was a 'Priscilla Queen of the Desert' moment! Making that decision to go was easy! The journey was long, but no regrets! None at all!


The Magna Carta was on my radar! Completing the fast-paced Stonehenge Bus Tour, I returned to the heart of Salisbury's city centre to seek the 799 year old decree of law. Respecting the no-photography rule I tried to read the Latin parchment of law, that was sitting within a secure room within Salisbury's Cathedral this trick called the shots. I was tired of waiting, so I believe that taking the trip down to Salisbury worked well, don't ever let me walk away from something I want to see. You can chill out in the yard of the Magna Carta for the Cathedral has some lovely grounds, let's just say that the henge can be quite manic with the barrage of tourists snapping away. Salisbury owned itself, a historic city that showed me a brief history lesson in one day! Get real, the Magna Carta isn't just a Jay-Z album, no! Those laws existed 799 years before his overrated beats! From the Roman Baths that were crafted by Britain's Roman invasion to the city streets of Bristol, I rated Salisbury to be South West's best! Where to next? Good question!