I have a lot to thank Woolwich for! Getting back to my Newark roots I was loving the West African vibe of Woolwich, its like a little Accra that meets a little Lagos! This part of London's South East has a fighting history with the Royal Arsenal on the doorstep. Call me crazy? I got my Jollof Rice hype on by sampling some Nigerian food at Tasty. Woolwich, let's Azonto SE18!? 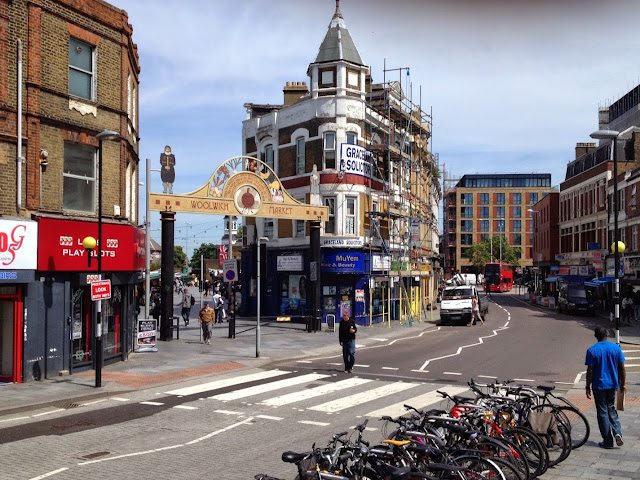 TINA! Arriving in Woolwich bright and early I skipped breakfast because I was set on trying some Nigerian food that afternoon. I'll explain that musical reference in due course! Why Woolwich? Why not!? It wasn't my first time in Woolwich for I had visited this South-East part of London a few times before, I wasn't prepared for the change that this part of London has been given. Take the train or the Docklands Light Railway because Woolwich has prime connectivity to central London. Captured to the left is the entrance to Woolwich's vibrant market square, things are rising for this African infused area. It's no secret that Woolwich has that extra thing, forget the term 'multiculturalism' because Woolwich has a wide demographic of residents who hail from Nigeria and Ghana and many more places but the African vibe is most prominent in this part of London. A new side of London in the SE side! It's all about Woolwich!

The June weather was a killer with the sunshine blessing the streets, summer had definitely arrived in Woolwich the day I visited. London's East experienced a strong surge of development during the Olympics for 2012 but I'll revisit that eventually. I wanted to see Woolwich and nothing less so I tried my best to not listen to the whispers because a new music movement is sweeping London. I used to live in Newark, New Jersey where the Downtown had a large African influence so the main shopping street had the vibe of a place that I miss. It doesn't take a genius to see that ladies of an African origin love their weaves and hairpieces so the competition was fierce with the younger women working their newly sewn Beyonce inspired weave to a high level. I just couldn't get enough of Woolwich because I returned a few days later on the DLR into Woolwich Arsenal to see one of the families me and my family had met on holiday, our Wetherspoon's catch-up was lovely! Get it, SE18! 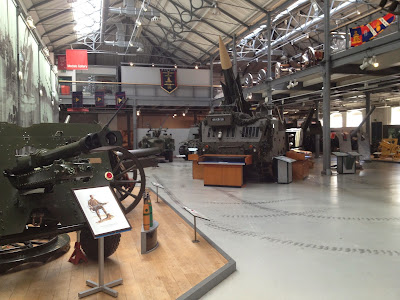 Woolwich Arsenal has the Firepower Artillery Museum, located within the newly rejuvenated Royal Arsenal project I wanted to learn about London's Royal Arsenal. Woolwich's regiment dates back as far as Queen Elizabeth I did so many battles have been fought. Aside from the wealth of knowledge I acquired from my time at the Firepower Artillery Museum about Woolwich's Historic Dockyard I took interest from the Gibraltar section because I'm just intrigued about that Overseas British Territory. From the town centre to the Royal Dockyard the change in the environment is something else, one town with two sides. Woolwich had a strong regiment that served their duty through the 17th and 18th century's, the Firepower Artillery Museum didn't leave any stone unturned about Woolwich's bulletproof artillery. I'm not really a museum person but when I see something about the British Empire I'm happy! Yes!


A new look is on the way for this part of South-East London, its true the yuppies are on their way to Woolwich. The Royal Arsenal development is set to put Woolwich on the map with a range of luxury apartments that will look over the Historic Dockyard! As far as transport was concerned I took the train from London Bridge to Woolwich the first time around but the second time I chose to take the DLR from Bank because it was easier to connect from the Northern Line. Woolwich received a direct link with the Docklands Light Railway in 2009 making Canary Wharf, London City Airport and Tower Gateway just a few stops away. Hurtling into the near future it has been decided that Crossrail will connect its line with Woolwich's Royal Arsenal complex, opening up a further London bound transport link for Woolwich. I hope that the locals don't get pushed out because of all the development, it would be great to see the improvements benefit everyone. A fresh new chapter for SE18? Maybe W? 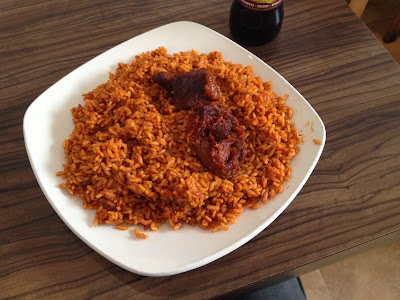 Back to Woolwich's Nigerian vibe, I wanted to sample some Nigerian food but I had no idea where to go or what to order. My original plan was to catch a bus to the nearby area of Plumstead to have lunch at one of the many African takeaway's because having no expectation meant that I had nothing to loss but something to gain. I didn't end up in Plumstead, finding 'Tasty' on the Plumstead Road I literally threw caution to the wind by ordering Jollof Rice with Beef, a dish that I had never tried before that June afternoon. I pride myself on being good with my food but I did my best to eat as much as I possibly could. I have to admit that the rice was very spicy, also the aroma from the meal wasn't very savoury or appetising. I tried my best to just go with the environment that I was in and I tell you I didn't expect to find myself with a Guinness Malta, watching Nigerian news channel. God O, I was out of my comfort zone.


From the international to the totally bizarre I gave Woolwich my attention, being aware of your surroundings helps. I used my iPhone map helped me figure out Woolwich's town centre. I will now reveal what 'TINA' means, it's an acronym used by the British born Ghanaian rapper known as Fuse ODG. The 'Antenna' and 'Dangerous Love' rapper proclaims that 'TINA' means 'This Is The New Africa'. I used that term of phrase because the music and quote culturally reflects Woolwich, if you read into the 'TINA' reference in a way that I haven't explained then you're very wrong! Woolwich showed me many things, not to judge a place on public perceptions but to visit and make the decision for yourself. I tried some Nigerian food but it didn't agree with my palate but that's life. Gentrification is striking Woolwich rapidly but its inevitable whilst the remaining plots of land in East London are being snapped up by yuppie type developers. Woolwich served something African, it opened my eyes for sure W!